November 10 2019
38
The ANHA information service publishes material describing how ISIS fighters (banned in the Russian Federation), including those held in camps in northern Syria, end up in the ranks of the so-called Syrian Free Army. Recall that the SSA is an armed group that operates in the north of Syria and is supported by Turkish troops. 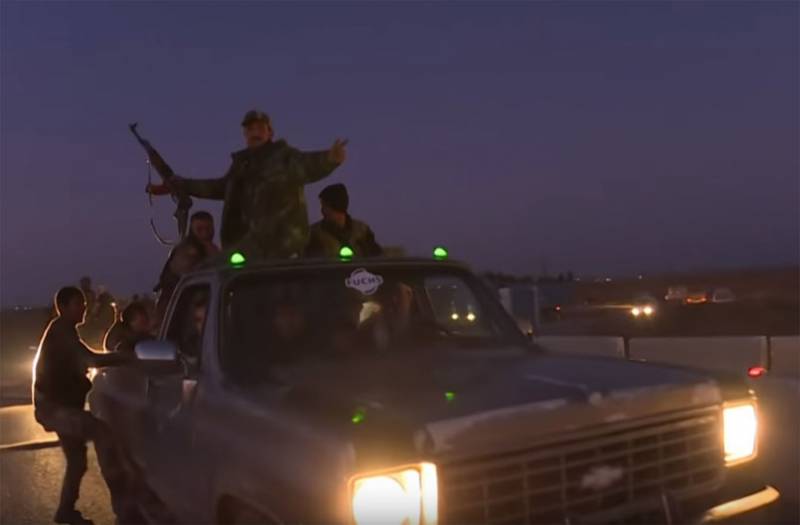 The authors of the material of the mentioned news agency note that they were able to trace the traffic of dozens of Ishilians to the SSA. A list of 39 militants who previously belonged to ISIS gangs or groups affiliated with ISIS is provided.

Here are a few surnames:

Abdullah Ahmad al-Abdullah, 28 years. Since 2014 of the year - as part of ISIS. In 2017, he ended up in the north of Syria - in Aazaz. He joined the Sultan Murad group of the so-called Syrian Free Army;

Ahmad al-Hamid. 25 years. Born in Palmyra (Tadmore). ISIS - since 2015 year. Participated in several terrorist attacks and attacks on government forces in Palmyra and surrounding areas. Since 2017, he moved to Aazaz, where he joined the SSA al-Hamza detachment created by Turkey.

Bashar Semid. Born in 1994 in Damascus. ISIS - since 2014 year. Participated in hostilities in Palmyra (Tadmore) and At-Tanf. In 2017, he ended up in Idlib, then moved to Turkey. After returning to Syria, he joined the group "Ahrar al-Sharqiya" (*), is now located with the SSA in the city of Serekaniye.