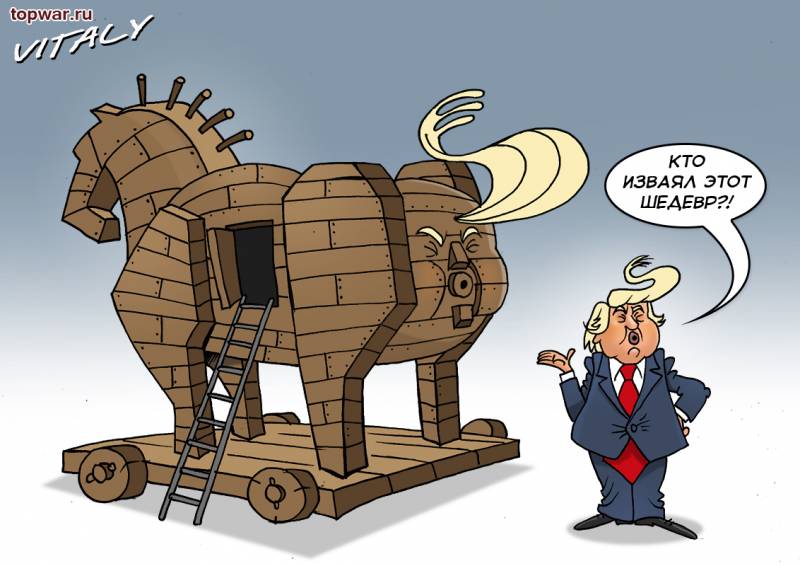 Project "ZZ". The current world order has been challenged, Western analysts write. Russia, this “old player”, suddenly “came to life”. The threat now is not Putin's stability, but global liberalism. The Pentagon, by the way, does not argue with such statements. In contrast, the US military and intelligence have prepared a series of documents containing lists of “threats” and counter-threat measures.

Columnist Wolfgang Hansson in "Aftonbladet" recalls the fall of the Berlin Wall, which happened exactly thirty years ago. That time is considered to be the beginning of a new world order. This was clear to everyone, the observer notes. However, now this order is "coming to an end."

And when in the West missed a turn?

This “happened a few weeks ago,” the author believes. Yes, this moment attracted “some attention”, but Hansson does not think that many people have spotted here the “end point of the world order” - the very one that was established “after the collapse of communism”.

This is what Mr. Hansson spotted.

The US military in northern Syria left the base from where they fought against the Islamic State (banned in Russia) in close cooperation with the Syrian Kurds. Their convoy "was met by angry Kurds who threw potatoes at the Americans" and considered them traitors. Only a few hours after the Americans left, the author continues, the base "was captured by Russian soldiers who scribbled on Twitter how quickly the withdrawal of American troops took place." 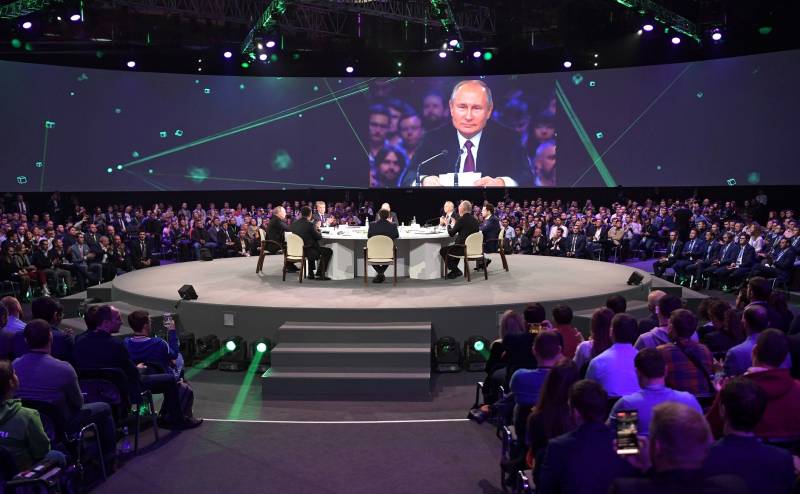 Without firing a shot, the Americans voluntarily left "a position strategically important for their main enemy - Russia." Such a withdrawal clearly illustrates the United States abandoning the role of a power that has a “firm understanding” of the world order.

For eight years of the war, Syria has become a conflict in which the great powers of the world are fighting for influence, Hansson further recalls. Others see in this even the "third world war." Under President Obama, the United States for a long time avoided the entry of its troops into Syria, not wanting to get into the new military impasse in which they fell after the wars in Iraq and Afghanistan. But when the Islamic State formed a whole terrorist "caliphate", the United States "could not passively look at it." Obama initiated the creation of an international coalition. This alliance worked - and not least thanks to the Kurds, who acted as coalition ground forces. And the military presence in Syria, the United States forced the Russians and all others to observe from the side.

Since the Second World War, Hansson has been developing his theses, there has not been a president in the United States who would voluntarily give up American influence on the world stage and fight for him.

But that is not Mr. Trump. He does not see his actions in the geopolitical dimension, the author believes. He thinks “only of fulfilling election promises” and acts as a business leader who does not want to pay money for “unnecessary things”. “It seems that he does not even perceive Russia as a colleague in the international arena,” Hansson sneers.

When the established world order was challenged by new players, as happened on September 11 of 2001, the United States resisted.

When the old players came to life - for example, when Russia “invaded Georgia in the 2008 year and annexed Crimea in the 2014 year”, putting the world order “in doubt”, the United States “clearly resisted”.

But it’s a completely different matter when the one who controls the prevailing world order "self-destructs and creates a power vacuum that the enemies of this order can fill."

Columnist's conclusion: Mr. Trump is a Trojan horse. He sabotages the interests of his own nation and allies. He "treats former friends as enemies, and vice versa." And in the end, he "undermines confidence in the authority of the United States."

This is what Hansson sees as a threat to the “liberal world order”. It is too early to prophesy about the future. It is only clear that the new order will turn out to be “much more unstable,” and instead of a superpower and its allies, “a large number of regional centers of power” will appear. 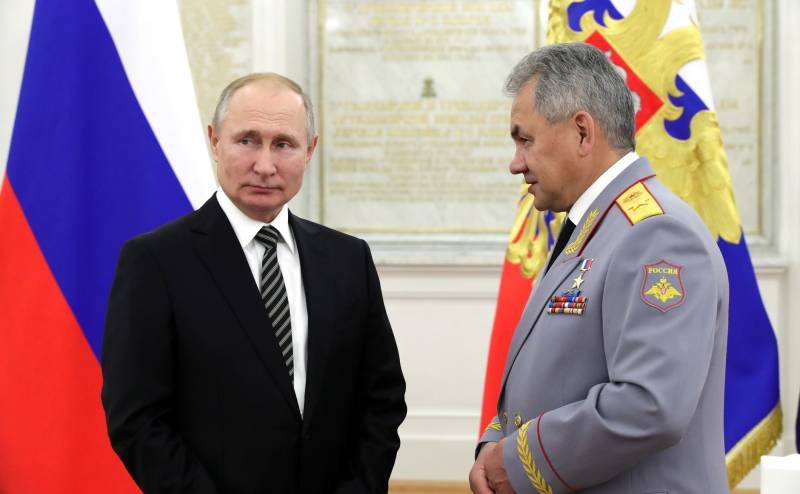 Strategy. Not simple, but hypersonic and nuclear

Meanwhile, the US intelligence agencies, together with the Pentagon, prepared a statement in which Russia occupies a special place.

A joint statement by the Department of Justice, the US Department of Defense, the FBI, the NSA, and a number of other agencies regarding the security of the 2020 election came about on the Pentagon website.

The joint statement states that less than a year is left before the United States election. Soon, Americans will have to go and vote in the presidential election of 2020 of the year.

The safety of elections in the statement is identified as "top priority for all." According to the Pentagon and intelligence agencies, the US government has reached an "unprecedented level of coordination" and works with all 50 states and at the local level, as well as with partners from the private sector. Work is underway to identify threats and defend the democratic process.

“Our opponents want to undermine our democratic institutions,” the statement said, “to influence public sentiment and government policy.” According to the authors of the document, "Russia, China, Iran and other foreign states will seek to interfere with the malicious process in the voting process or affect the perception of voters."

Campaigns on social networks, disinformation operations, and destructive cyber attacks on infrastructure are called as tools that will be used by “attackers”.

The Pentagon and intelligence promise to "closely monitor any threats to the US election." According to the authors of the statement, the informed public will be resistant to threats.

The statement calls on all American citizens: every American should "report any suspicious activity to local officials, the FBI, or the Department of Homeland Security." The greatest means to combat threats is “the efforts of the whole society”.

In parallel, another document was published on the network. The report of the Office of the Pentagon Inspector General contains a list of tasks for the 2020 financial year. ( Link to the page with the document. Attention: from Russian IP the site may not open!)

Among the "key areas" that are important for the Pentagon, the document comes first in this paragraph: "Confrontation with China, Russia, Iran and North Korea."

And only the second one says “Combating Global Terrorism”.

“Ensuring the welfare and well-being of military personnel and members of their families” is paragraph number three.

In the Office of the Pentagon Inspector General, powerful arguments in favor of countering Russia are ... quotes from military leaders. For example, a March statement by General Dunford is quoted as saying that Moscow conducts "operations in the information and cyberspace," and combines its military operations with "unconventional methods." The Russians, according to the general, are exerting economic and political pressure to advance their own interests and to make confidence in the North Atlantic Alliance fall.

It is especially noted that in order to achieve its goals, Russia relies on nuclear forces, namely on strategic weapons. it weaponAccording to the authors of the report, this is one of the key elements of the Russian national security strategy. However, the Russians manage to partially modernize traditional weapons as well.

Attention in the document is also given to new Russian technologies. The Pentagon is concerned that with the acquisition of hypersonic missile weapons, Moscow will have new opportunities. In this regard, the report mentions the Avangard hypersonic missile, whose units are classified as a “threat” to US missile defense due to the "unprecedented" speed of delivery vehicles. 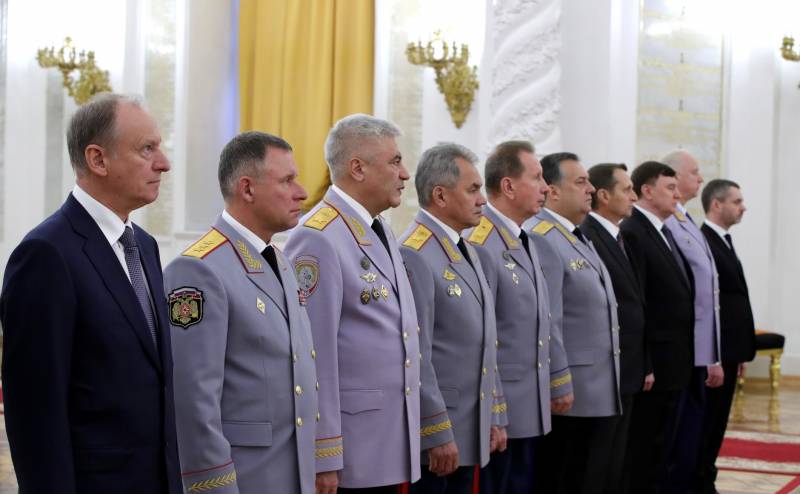 Responses to this report have already appeared in Russia.

Senator Viktor Ozerov said Federal news agencyTo get a similar assessment of Russia's actions is “nice”:
“It's nice that the United States gave such an assessment. We really strive for this. The President has set a task. We did everything so that the personnel of the army and fleet He was fluent in modern types of weapons and military equipment. And I would be ready to solve problems both in a planned and in a sudden situation. ”

It can be assumed that during the time remaining before the US presidential election, the US military and special services will issue more than one report or amend the lists of “threats”. Democracy is in danger!