November 9 2019
285
The first and only president of the Soviet Union, Mikhail Gorbachev, stated that those who organized the August coup of 1991 of the year are guilty of the collapse of the Soviet Union. He spoke about this on the eve of the 30 anniversary of the fall of the Berlin Wall in an interview with the German magazine Der Spiegel. 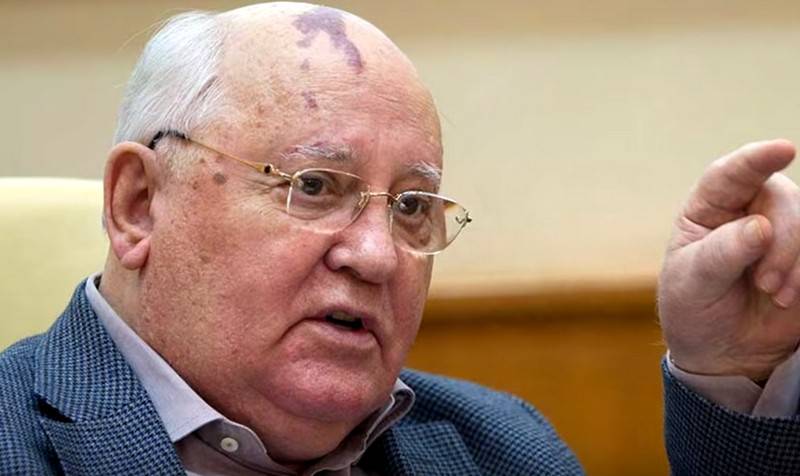 In his interview, Gorbachev stated that those who organized the coup in 1991 and then took advantage of the weakened position of the president of the Soviet Union were to blame for the end of perestroika and the collapse of the USSR. At the same time, he and the entire leadership of the country understood the probable risks of the ongoing reforms. He also admits that during the perestroika there were mistakes and mistakes, but he does not regret what happened and believes that Russia will never return to a totalitarian system.

The end of perestroika and the collapse of the Soviet Union are responsible for those who organized the coup in August 1991, and after the coup used the weakened position of the president of the USSR
- he stressed.

According to him, it was already impossible to live as we lived before and changes were required.

It was impossible to live as before. And an essential part of perestroika was the new foreign policy thinking, which encompasses both universal values ​​and nuclear disarmament, as well as freedom of choice
- explained the ex-president of the USSR.

Recall that the Soviet Union virtually ceased to exist 25 on December 1991 after Gorbachev addressed the Soviet people, in which he announced the completion of his activities as president of the USSR. This was preceded by the Bialowieza Agreement, signed by Yeltsin, Shushkevich and Kravchuk, which spoke about the termination of the existence of the USSR and proclaimed the creation of the Commonwealth of Independent States.
Ctrl Enter
Noticed oshЫbku Highlight text and press. Ctrl + Enter
We are
Reports from the militia of New Russia for 27-28 September 2014 of the yearDecember 2010 years. Russian March. Senseless and merciless? Notes not a Russian person
285 comments
Information
Dear reader, to leave comments on the publication, you must to register.