XQ-58A Valkyrie: robots in the air! 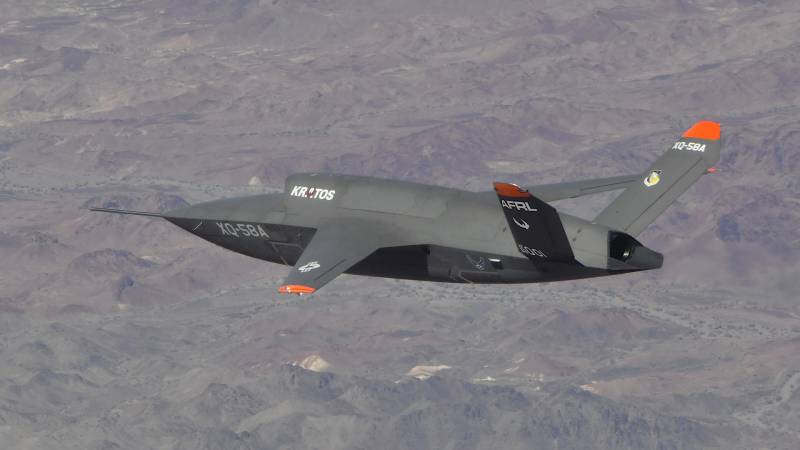 The struggle for air superiority over the western part of the Pacific Ocean adjacent to the coast of China has definitely reached a new technological level.

В previous article on this topic I already wrote that the United States was faced with two factors that significantly weaken their military power in the region. Firstly, they began to be inferior in the number of PLA air forces both in the total number of aircraft and in the number of aircraft of the latest types. Americans can exhibit 200-250 aircraft of the latest types, or up to 300, if together with allies. According to the Pentagon, China can exhibit up to 600 aircraft of the latest types. Secondly, American aviation It is based on islands and has few airfields, and therefore it is very crowded and vulnerable to a missile strike. China has many more airfields, and it also has the ability to use many recently built freeways as runways to disperse its aircraft.

These two factors, combined with the fact that in the event of a military conflict the Americans will have to act offensively, try to suppress Chinese aircraft, that is, fly over Chinese territory in the area of ​​Chinese air defense, will lead to the likely defeat of American aviation. For each American aircraft - two Chinese latest types, two or three more aircraft of the previous types, ground-based air defense systems.

The American command is practicing various methods of breaking this situation in its favor, not excluding unmanned aircraft.

It has recently been announced that the XQ-58A Valkyrie unmanned aircraft, which has already completed three test flights, will be tested with suspended weapons in the 2020 year. These tests, if successful, will open up this development path to adoption.

XQ-58A Valkyrie - one of the latest aviation developments, conducted by Kratos Defense & Security Solutions for the US Air Force. The XQ-58A Valkyrie is a small and cheap drone. Its length is 8,8 meters, wingspan - 6,7 meters. The cost of serial samples is determined in the range of 2-3 million dollars apiece. For comparison: F-35 has a length of 15,4 meters, wingspan - 11 meters, and its cost ranges from 82,4 to 108 million dollars, depending on version. How inexpensive the drone can be judged even by the fact that its cost roughly corresponds to seven AIM-120C missiles, that is, half of the F-35 ammunition.

From a military-economic point of view, the advantages are more than obvious. For the cost of one F-35, you can build about 30 units of XQ-58A. But the point is not only and not so much in cost, but in the fact that drones can obviously be built faster than airplanes. That is, having launched the series, the Americans in a few years will have several hundred such unmanned aircraft.

The XQ-58A Valkyrie is a carrier of weapons, such as the GPS-controlled JDAM bombs or the GBU-39 guided bombs. Now, judging by the known data, the use of unmanned aircraft as part of a mixed unit consisting of F-35 or F-22 (there are also opinions that F-15 can also be used as the core of the link), and five to six unmanned aircraft are being worked out. 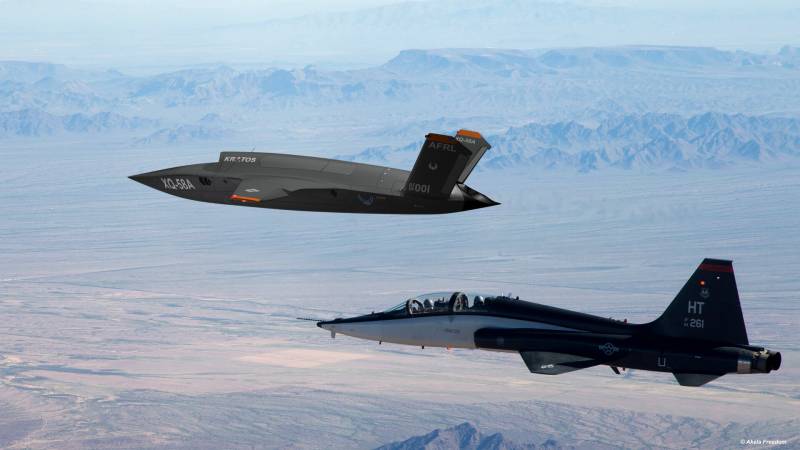 As far as one can judge, this is only a concept so far, since real tests and exercises of the mixed level have not yet been carried out, and they can probably pass no earlier than 2021 of the year if the test program for an unmanned aerial vehicle with weapons is successful. Moreover, the concept is clearly far from complete.

In this composition, the mixed unit will be extremely vulnerable to an attack by enemy (that is, primarily Chinese) aircraft. The pilot of the aircraft will be overloaded with tasks, including the tasks of controlling and guiding the drones to the target. Attention is scattered, there is a situation of "yawn", which can be used by the enemy. Another point is that the pilot will have to drop drones to conduct an air battle with the enemy that appears, and they will be easily destroyed by other enemy aircraft or air defense.

It can hardly be assumed that the Americans would have made such an elementary tactical mistake. Most likely, the real concept of using combat robots comes from the fact that they can also be used as interceptors.

The XQ-58A Valkyrie is likely to carry air-to-air missiles, such as the AIM-120 AMRAAM. Such a rocket weighs 152 kg and can be placed on the external suspension of an unmanned aircraft. UAVs may not have their own radar (although this cannot be completely ruled out) and receive guidance commands from the pilot.

If the XQ-58A can at least have the ability to intercept enemy aircraft, then you can already create a mixed unit with much broader combat capabilities. Say, the 2-3 fighter drone and the 3-4 drone drone (they will most likely be of the same type and differ only in the set of suspended weapons). Having separated the fighters in height and having distributed them over a certain area, the pilot can already create a fairly reliable cover for the strike group. When enemy aircraft appear, the pilot first attacks them with unmanned fighters, and then he enters the battle himself. 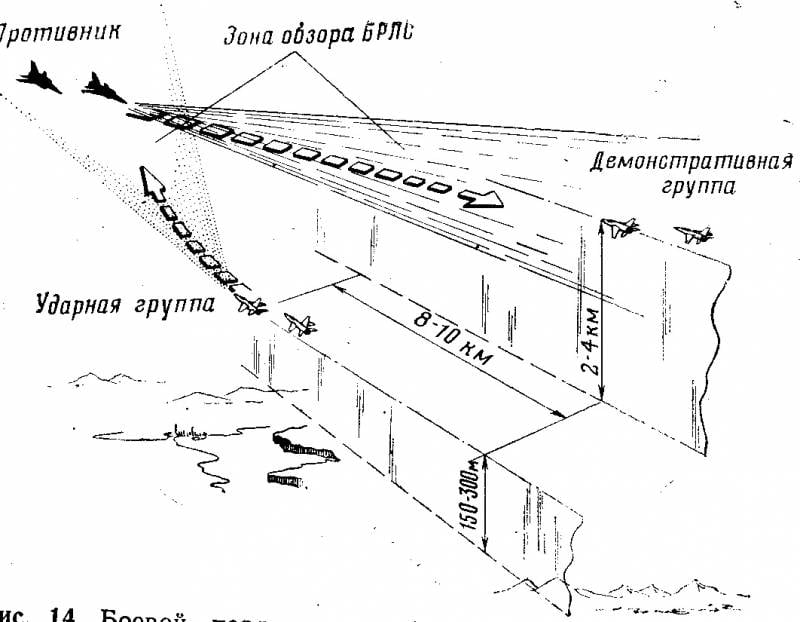 One of the options for such an attack. The strike group indicated in the diagram may be unmanned

From the appearance of the enemy on the radar before the pilot enters the battle, quite a lot of time can pass, during which you can manage to reach the target, assign tasks to attack drones, give them commands to complete the mission and return, that is, to complete the combat mission.

So, most likely, the XQ-58A is designed and tested primarily as fighter robots, and strike functions are secondary.

In a large-scale air battle, such unmanned aerial vehicles can be a compelling argument. If each manned aircraft can take off with five drones accompanying it, then ten aircraft with such an escort will make up 60 combat units. One hundred aircraft - 600 combat units. If so, then there is already a fundamental technical opportunity to equalize forces with China, and in some areas even achieve an advantage in numbers.

A combat unmanned aircraft may seem like an inferior combat unit. However, it also has compelling advantages. Firstly, a much higher resistance to overloads, and, therefore, much greater maneuverability than that of a manned aircraft. It is easier for a drone to dodge a missile and easier to take a favorable position for a shot. Secondly, the software of robots can be constantly upgraded, replenished with new piloting algorithms, all the latest developments in air combat tactics and the experience of the best pilots. Gradually, unmanned aircraft will reach the level of aces in air combat, which will significantly improve the effectiveness of their use.

All in all, the XQ-58A Valkyrie is a good response to Chinese numerical superiority in the air. It does not guarantee anything at 100%, but the Americans have a serious chance to regain their dominance in aviation weapons and reinforce their military power.