July 14 2012
24
The project of a hand-held grenade launcher "Piston" was developed at the production association "Yuzhmash", designers Yu.Alekseev, V.Serbin, A.Zagreba and N.Muzhuyev. The grenade launcher was designed to fill the infantry weapon niche in combat use when AGS-17 heavy-lift grenade launchers would be ineffective. To work with a grenade launcher, only one person is required, and its main purpose is to use it in transient combat operations using mobile ground equipment in mountainous, urban and difficult conditions of capture / release of populated areas. The use of cumulative ammunition in grenade launchers makes it possible to use it against lightly armored infantry fighting vehicles, armored personnel carriers and vehicles. 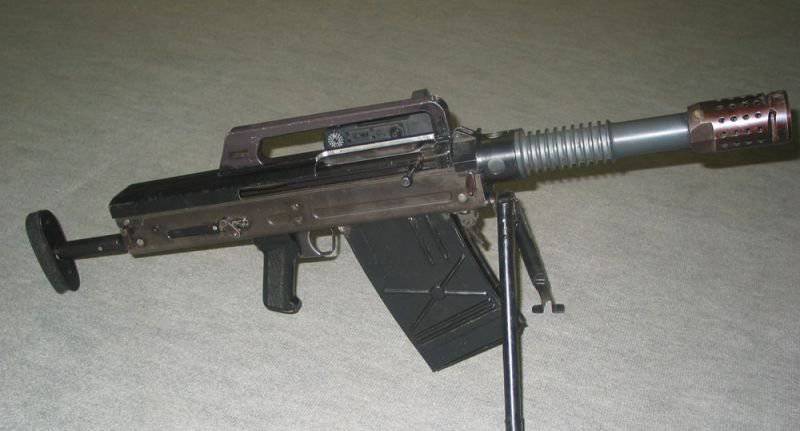 The designers took into account the experience of creating various grenade launchers and made it self-loading type, having store supply. The barrel increased (30 centimeters), which ensured the stability of the ammunition in flight. The shop has a flat execution with five shots. All this has increased the design accuracy, speed and range of fire. 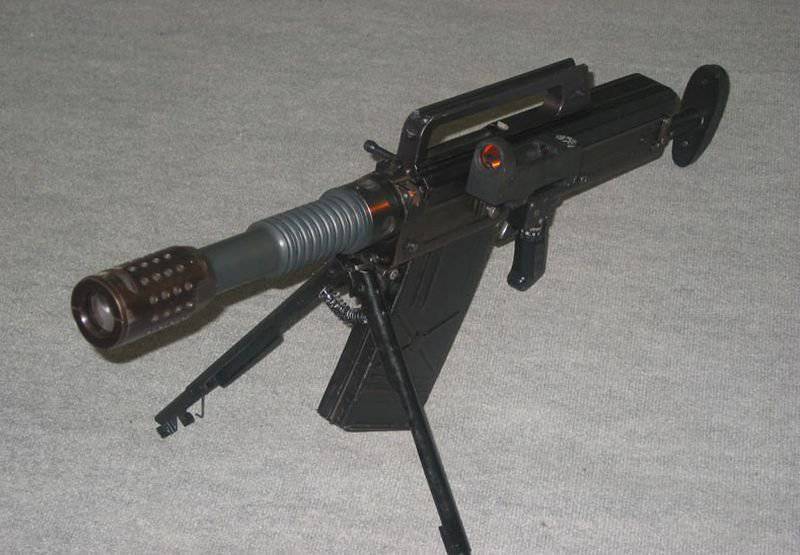 Operating principle
Automatic grenade uses the principle of using the rollback of the castle due to powder gases. Gases press down on the bottom of the liner, throw away the massive lock in its rear position. The lock, in turn, begins to compress the backplate springs, accumulating energy to return to its original state.

The lock at the beginning of firing from a grenade launcher stands in the front position, behind it supported by springs of the back-type backplate. The trigger trigger is in the deflated position. The shot in the grenade launcher due to the impact of the castle's core falls a little below the receiver’s receiving line. The translator of fire stands in the "PR" and holds the hook USM in the lower position. WP-1 is ready to start firing.

At the start of shooting, the trigger should be released. The lock is retracted to the rear position, the handle is released, without accompanying this action by hand. Reverse type springs, help the castle to return to the front position. At the beginning of the withdrawal of the lock back, the rear edge of the frame, acts on the trigger and turns the lock around the axis, which puts it on the combat platoon. The shot rises to the dosylka line under the pressure of the store spring. 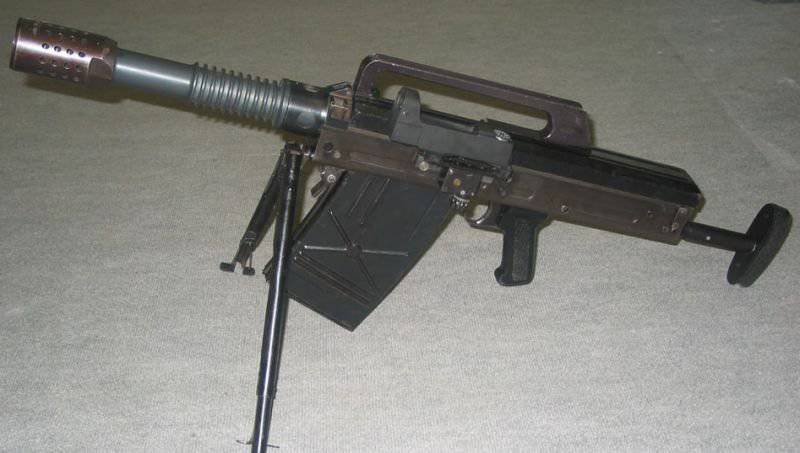 The lock, moving forward due to the impact of the springs, picks up the ammunition from the store with the lower end of the bolt, after which it is sent to the chamber. After that, the frame and the bolt are released by the shutter disconnector. The skeleton and the bolt stop in their front position, the frame further moves forward, sets the lever with the skeleton and the fighting stop. The ammunition is located in the barrel bore, the grenade launcher is closed - WP-1 is ready to fire.

When fired, the powder gases push the liner, which tells the oscillatory motion to the shutter, which the designers performed with the ability to scroll. He pushes the frame - it starts moving backwards. The lever does not allow the castle to start moving backwards. The frame of the shutter, which begins to move backward, removes the lever and releases the frame. After moving the frame on the 27 mm back, the entire lock makes a way back, and the shot has already left the barrel.

When moving back the entire lock, he cocks the trigger. The next shot begins to rise in the receiver. The inclination of the castle, or rather the lower end of the bolt, is shot from the store and sent to the chamber. The lock comes to the rear position and transmits energy to the backplate springs. Part of the energy goes on the butt and on, it acts on the grenade thrower's shoulder. However, the shock absorber installed in the butt, most of this energy is extinguished. With the next shots, the cycle is repeated.

Of the features of the RG-1, we note the possibility of shooting from difficult positions and from moving equipment to a distance of up to 400 meters. From standard positions, the effective range is increased to 900 meters. As mentioned above, returns for this class weapons It turned out almost minimal.

Ammo to WP-1
The “Piston” project would not be complete without the development of shots for this weapon. The development of the shots involved the company "PMZ". The main ammunition are:
- 30 mm frag type shot. Purpose - to destroy the enemy personnel;
- 30 mm shot of cumulative type. Purpose - to destroy and disable lightly armored vehicles of the enemy;
- 30 mm shot of practical type. Purpose - for training grenade throwers and conduct training firing;
- 30 mm flue type shot. The purpose is to cover the actions of the personnel of their troops and to disorient the enemy.
The designers of GP PMZ are ready in the shortest possible time to develop non-lethal shots carrying tear gas. The performance characteristics of the shots themselves are close to shots of grenade launchers of the AGS-17 type, but there is no exact data today. 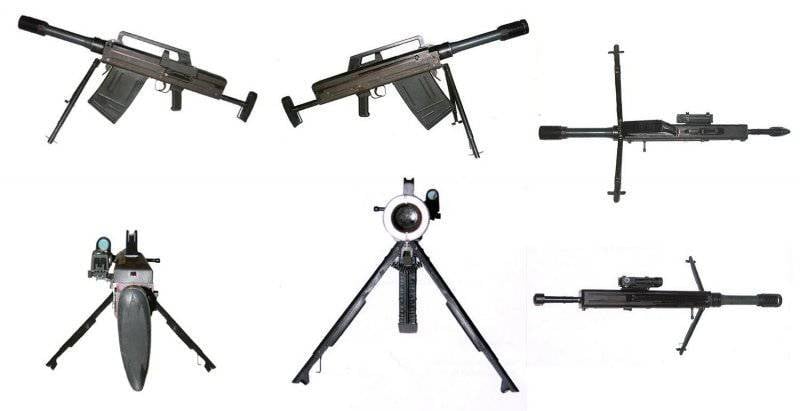