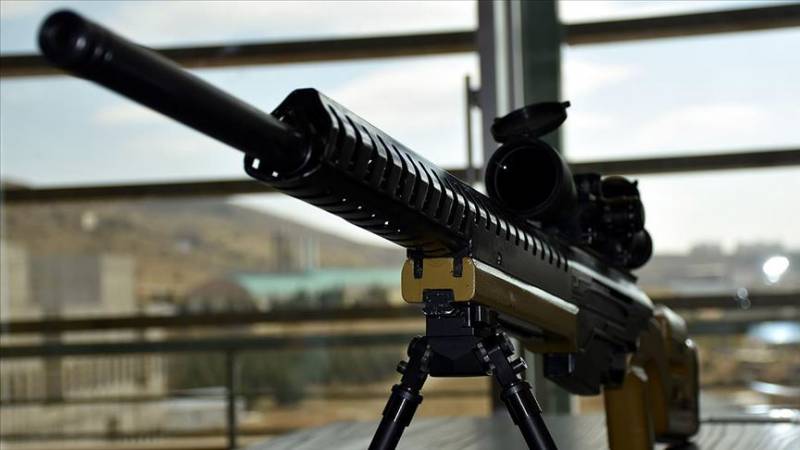 The prototype, studies on which began in 2018, was designed by three engineers from the city of Kırıkkale, where a kind of military-industrial cluster operates. Upon completion of the tests, financial support will be received from the Organization for the Development of Small and Medium Enterprises (KOSGEB) for establishing mass production.

The effective range of a rifle weighing 6 kg is estimated at 1300 meters, and the maximum range at 3500 meters. The novelty is unified for equally convenient use by both right-handed and left-handed people, and is also designed, as the Turkish press proudly notes, for any climatic conditions - from desert to arctic. All this gives it good export potential, they are confident in Turkey.

The prototype was built as part of the program of the Turkish government, aimed at creating their own weapons, using only the national scientific and industrial base. It is believed that this will help get rid of Ankara's excessive dependence on foreign suppliers, relations with which, due to the geopolitical situation, are not always smooth.

Ctrl Enter
Noticed a mistake Highlight text and press. Ctrl + Enter
We are
List of CIA-funded Russian public organizationsDecember 2010 years. Russian March. Senseless and merciless? Notes not a Russian person
29 comments
Information
Dear reader, to leave comments on the publication, you must to register.