November 8, 2019
37
The diesel-electric port icebreaker "Ob" was put into operation and transferred to the customer. The flag-raising ceremony was held in Murmansk on November 5 this year. This was reported by the press service of the FSUE Atomflot. 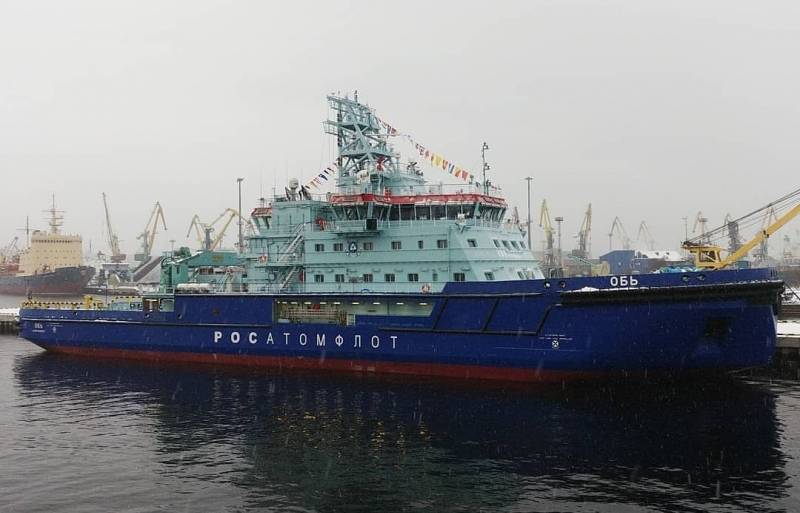 The diesel port icebreaker "Ob" with a capacity of about 12 MW was laid on September 27 of 2016 of the year as part of the Yamal LNG project. Launched on 21 June 2018 year. The length of the vessel is 89,2 m, breadth - 21,9 m, draft - 7,5 m. The purpose of this type of icebreakers is to work in ports and coastal areas. The technical design of the icebreaker was developed by the Finnish design bureau Aker Arctic Technology Inc. Working design documentation was prepared by the Central Design Bureau "Balsudoproekt" with the participation of JSC "Design Bureau" Vympel ".