November 8, 2019
35
Undergoing major repairs and modernization, the large anti-submarine ship (BOD) of the 1155 project Marshal Shaposhnikov and the multipurpose nuclear submarine of the 949 project (Antey) Irkutsk will be able to use the latest Zircon hypersonic missiles after returning to service. This was announced by Deputy Minister of Defense of Russia Alexey Krivoruchko. 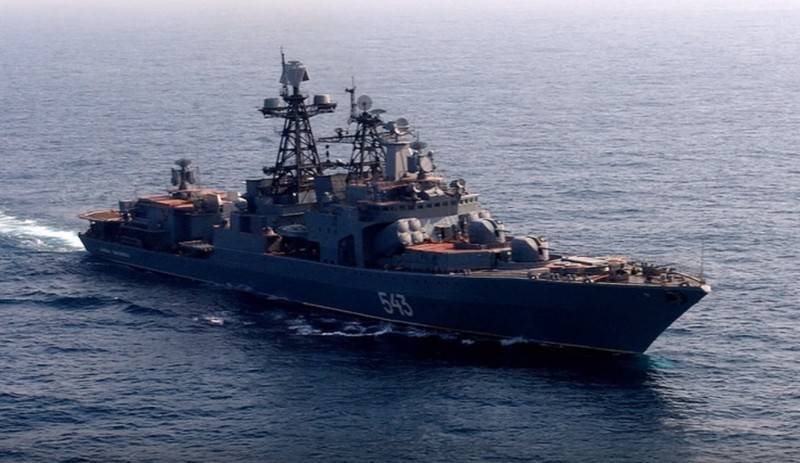 Krivoruchko visited the Far Eastern shipbuilding cluster, where he checked the progress of modernization of the Marshal Shaposhnikov project at the Dalzavod Shiprepair Center in Vladivostok and the multipurpose nuclear submarine of the 1155 Project (Antey) Irkutsk undergoing modernization at Daln Zvezda factory in the Big Stone of Primorsky Krai.

According to the deputy minister, the upgraded BOD and nuclear submarines will receive universal launchers allowing the use of Zircon hypersonic missiles.

In 2020 year, we should get the modernized ship "Marshal Shaposhnikov". (...) The universal launchers this ship will receive will allow it to use the latest Zircon hypersonic missiles in the future
- Krivoruchko told reporters, adding that the submarine Irkutsk will also be able to use Zircons.

Earlier it was reported that the multipurpose nuclear submarine of the 949А project (Antey) Irkutsk will be upgraded to the 949AM level. During modernization, new universal launchers for modern Caliber or Zircon cruise missiles will be installed on the submarine, which will replace Granit anti-ship missiles. The return of the submarines to the Pacific Fleet is planned in 2022.

After the modernization, the BOD of the 1155 project “Marshal Shaposhnikov” will become a frigate, a decision on this has already been made. During the modernization, he will receive the anti-ship complex "Uranus" with X-35 missiles and universal launchers for cruise missiles "Caliber", "Onyx" or "Zircon". The return of the ship to the Pacific Fleet is scheduled for next year.