We Are The Mighty: 10 Fighters Changing the Air War

November 8, 2019
50
The eternal theme is the comparison of military equipment and the compilation of various ratings. The American online magazine We Are The Mighty also does not stand aside and offers a list of 10 fighters that changed the war in the air. It is proposed to consider the aircraft that made the greatest contribution to the conduct of battle in the sky (regardless of the nature of such a contribution). 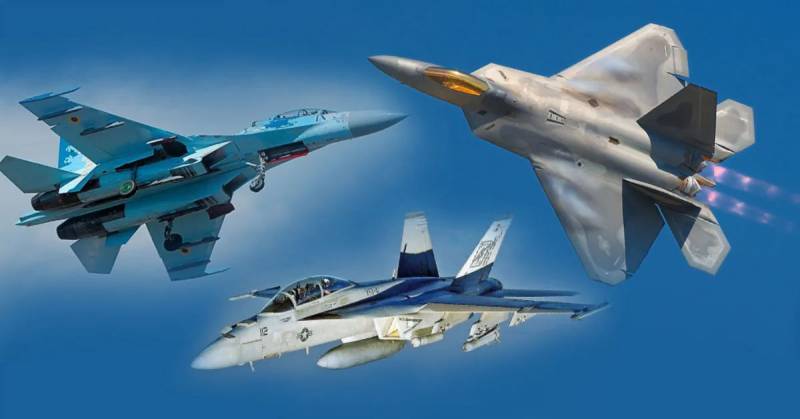 The WATM list is accompanied by some reservations and comments. However, in general, the opinion of the publication looks like this:

For obvious and even obvious reasons, a dozen fighter jets include mainly American-made vehicles (with rare exceptions). It includes only three foreign samples, and the best of them did not even hit the top five.

The arguments in favor of various Top-10 participants look quite interesting and sometimes convincing. Consider some of the ranking items of greatest interest.

The Soviet / Russian fighter Su-27 placed WATM in the last place. He was fully named the modern fighter of the USSR, created in response to the appearance of the American F-15. In addition, the Su-27 awarded the epithet "one of the most impressive fighters of the XX century." 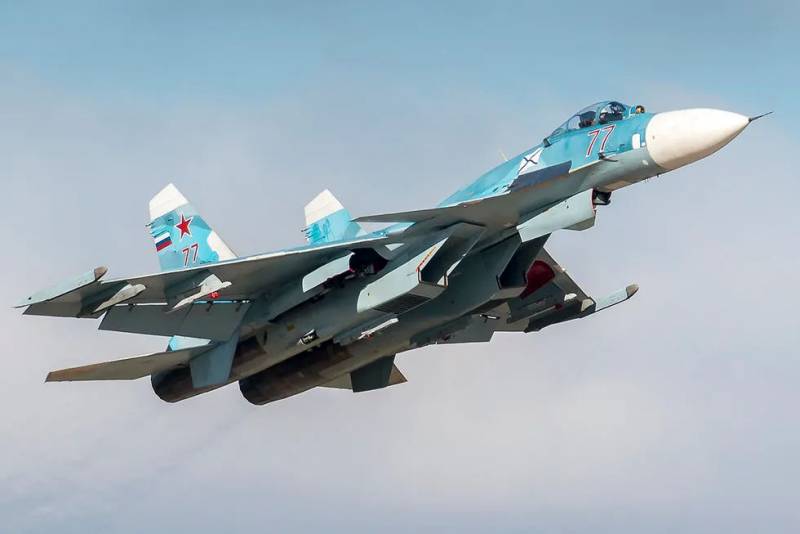 In close maneuver combat, the Su-27 is a threat to foreign fighters due to the presence of the P-73 air-to-air missile and the helmet-mounted target designation system. In battle, the Su-27 may even have advantages over the American F-15. Whether the F-15 avionics will allow the Russian Su-27 to approach a dangerous distance - WATM suggests discussing separately.

Su-27 was created with the goal of gaining superiority in the air, but later showed greater flexibility. It can intercept air targets, as well as strike at ground targets. A similar multipurpose fighter-bomber remains in service to this day.

The F-7 Nighthawk stealth plane placed WATM on the 117th place - for its merits in introducing advanced technologies and the impact on further development aviation. It is noted that the issue of stealth for radars has been studied almost since the Second World War, however, it was the F-117 that first used such capabilities in battle. 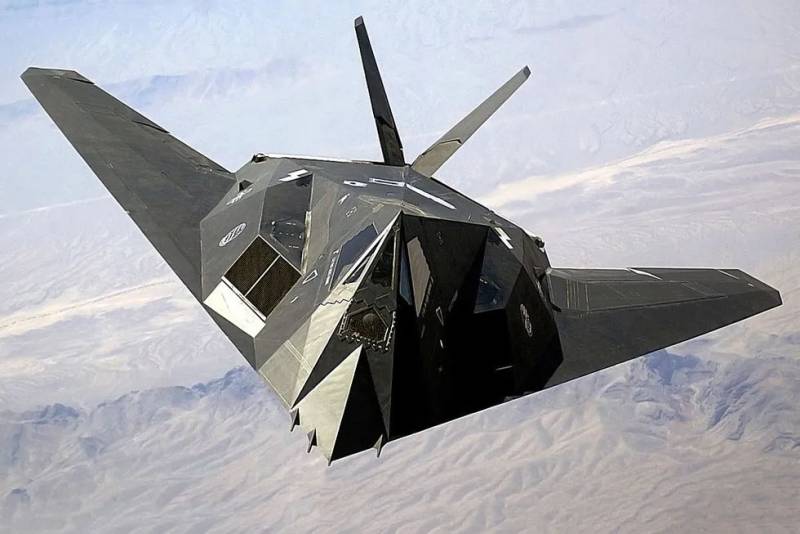 This aircraft was developed in an atmosphere of secrecy and was supposed to be a means of delivering attacks with minimal risk of detection. In 1981, it was Nighthawk that became the first stealth aircraft in the world to enter service.

In 1999, in Yugoslavia, the United States lost one of its F-117, and with it military advantages. The details of the incident are still secret, but there is information according to which the crashed plane landed in a tolerable condition. This means that Russia and China could gain access to American technology.

For two decades, the F-117 Nighthawk has been able to take part in several operations. Its creation and operation paved the way for today's fifth generation fighters, also distinguished by stealth.

The third place in the WATM ranking was not given to the fighter, but this machine really influenced the war in the air. "Bronze" in the ranking receives an unmanned aerial vehicle MQ-1 Predator. He was the first real combat UAV and became the "beginning of the end of air battles involving humans." In November 2002, Predator first carried out an air strike with an AGM-114 Hellfire missile and forever changed the war. 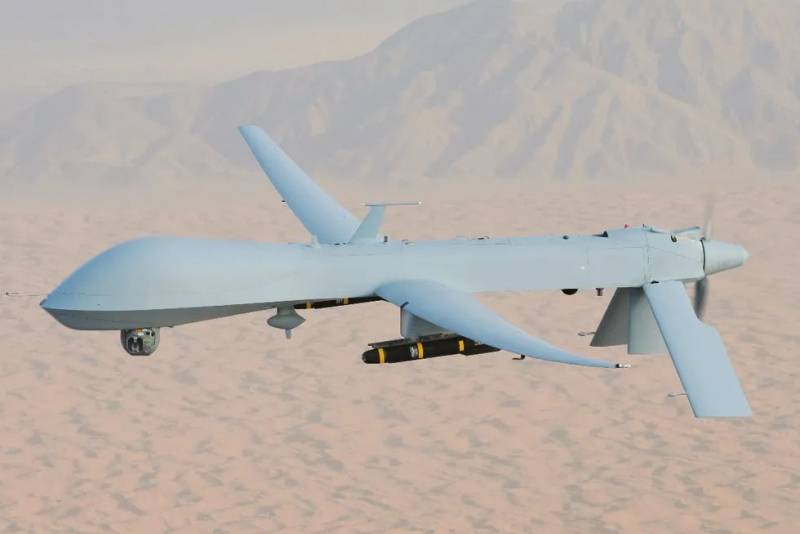 The MQ-1 was remotely controlled by one pilot and one or two target load operators. Multi-purpose UAVs with medium altitude and long flight duration were mainly used for reconnaissance and surveillance. However, if necessary, he could strike with outboard weapons.

March 9 2018 US Air Force officially removed the MQ-1 Predator from service. The replacement for it was the more advanced drone MQ-9 Reaper. To attack ground targets, this machine carries Hellfire missiles, as well as JDAM and GBU-12 bombs.

At the second step of the ranking placed the F-15 Eagle fighter. This aircraft, created back in the seventies, is still able to show high combat qualities in a battle with other equipment. 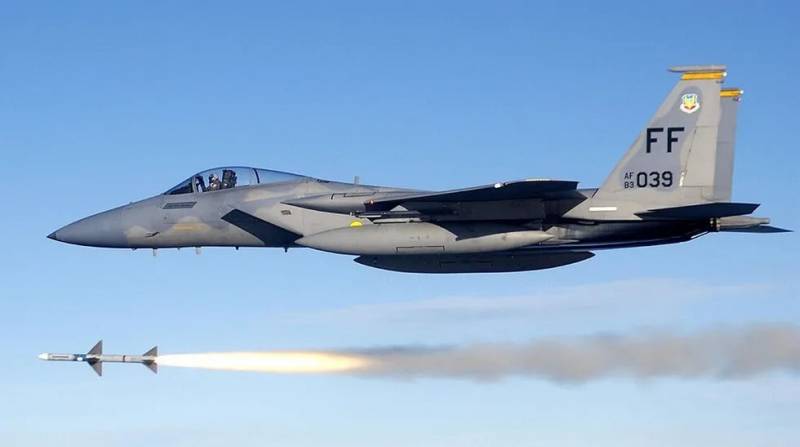 High flight characteristics, stunning maneuverability and a developed range of weapons contribute to such results. High thrust-to-weight ratio combined with low wing load allow maneuvering without loss of speed and accelerate to speeds M = 2,5. All this made the F-15 the first US fighter capable of vertical acceleration.

F-15 carries advanced avionics and advanced weapons, including AIM-120D AMRAAM missiles. Avionics, weapons and flight characteristics make it a unique fighter. Not a single enemy aircraft has yet been able to shoot down the US Air Force F-15.

The first American fighter of the last fifth generation - F-22 Raptor with the honorary title of "the most powerful fighter for gaining superiority in the air, and even in the whole universe" was placed in first place. The reasons for this WATM solution are simple. The F-22 was the first 5 generation fighter in the US Air Force and has unprecedented capabilities in the fields of air combat, radio electronics, situational awareness, stealth, etc. All this allows the aircraft to protect not only itself, but also others. 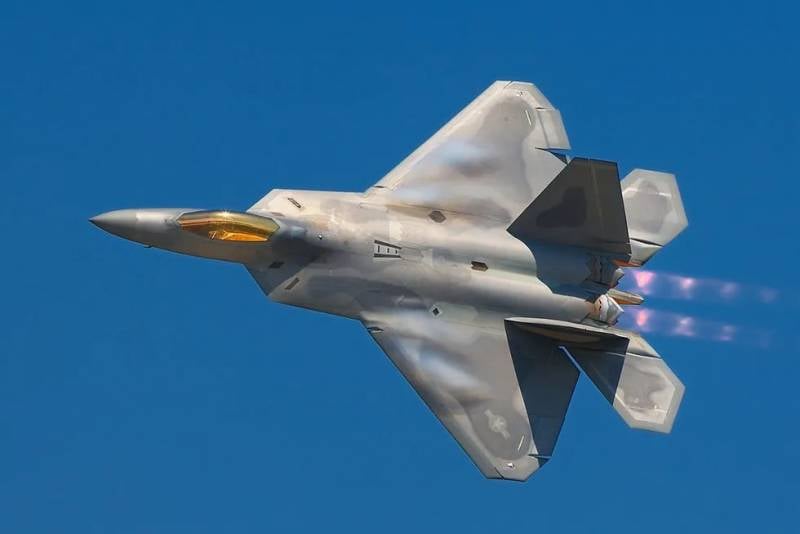 When working on air targets, the Raptor can carry six AIM-120 AMRAAM missiles and two AIM-9 Sidewinder missiles. On air-to-ground missions, he takes on board two GBU-32 JDAM bombs. At the same time, the aircraft retains a pair of AMRAAM and Sidewinder missiles - but only to fight off the enemy.

A powerful engine and a sleek glider allow the F-22 to perform a supersonic flight without using afterburner. The controls, including the special nozzle, give the aircraft unique maneuverability. This aircraft has no equal - in the whole world stories.

On the whole, the rating of “10 fighters that influenced the war in the air” from We Are The Mighty is quite interesting, and the arguments presented look reasonable and logical. However, some features of this rating leave questions, including uncomfortable. Its authors can be suspected of being biased towards a particular technique and, as a result, of a lack of objectivity.

Indeed, the predominance of American aviation equipment - 7 aircraft from the 10 presented - looks very strange, although understandable. It is especially unpleasant that out of the whole variety of Soviet and Russian combat vehicles - which in one way or another influenced the development of combat aircraft and air combat - only one got into the Top-10. However, one can imagine that we are talking not only about the basic Su-27, but also about the entire family of equipment based on it.

The heading of the list speaks of fighters, but in the rating itself there are two samples for a different purpose. So, the F-117 had very limited capabilities for aerial combat and was actually a strike aircraft. UAV MQ-1 also could not carry the developed weapon to hit air targets. However, one cannot but admit the correctness of WATM - these machines really had an impact on the development of combat aircraft.

The first place for the fifth-generation American fighter F-22 Raptor is understandable and even expected. For all its problems, this aircraft is one of the reasons for the pride of aircraft manufacturers and the US Air Force. Despite its considerable age, limited number and lack of a large history of combat use, the F-22 is considered the basis of air power. It is unlikely that another plane could count on first place in such a rating.

However, the authors of WATM are well aware of the specific nature of the lists and ratings of military equipment and reserve the right to ambiguous and controversial assessments. Therefore, readers who have comments or reasons for criticism were invited to go to the comments section and leave their opinions there.