November 7, 2019
51
The oil in the Syrian fields, which are protected by the US military, is produced by local authorities, and the proceeds from its sale go to the development of local communities. This statement was made by a senior representative of the US State Department. 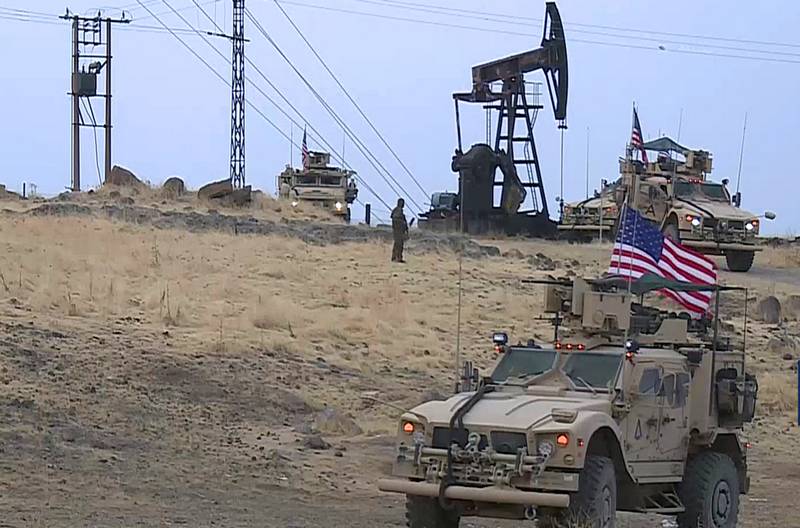 Answering journalists' question about the possibility of attracting American companies to oil production in eastern Syria, the representative of the US State Department explained that in the US-controlled areas of Syria, oil is produced exclusively by local authorities, and the proceeds from the sale go to the benefit of local communities. The US military, together with representatives of the Kurds "only protect the deposits from seizure."

Oil is produced by local authorities for the benefit of local communities. We have no instructions from the administration (USA) in the Department of State to do anything with oil fields
- he said.

It should be noted that 90% of oil in Syria is extracted precisely on the eastern bank of the Euphrates, where the richest deposits are located. Currently, they are all under the control of the United States and the Kurdish units of the Syrian Democratic Forces (SDS).

Earlier, the head of the Pentagon, Mark Esper, said that the United States will protect oil fields from the capture of the Islamic State by terrorists (banned in Russia) and will be ready to strike in response to attempts to seize them.