November 8, 2019
112
One of the main November News The contract for the production of Angara-1.2 rockets, which were supposed to launch space communications satellites of the Gonets system, became the terminated contract by Roskosmos for the Russian cosmonautics. The corporation decided that the Soyuz-2 launch vehicle will deliver satellites into orbit. At the same time, the start of serial production of Angara missiles was once again postponed; now their production should begin in Omsk at the facilities of the Polet production association in 2023. 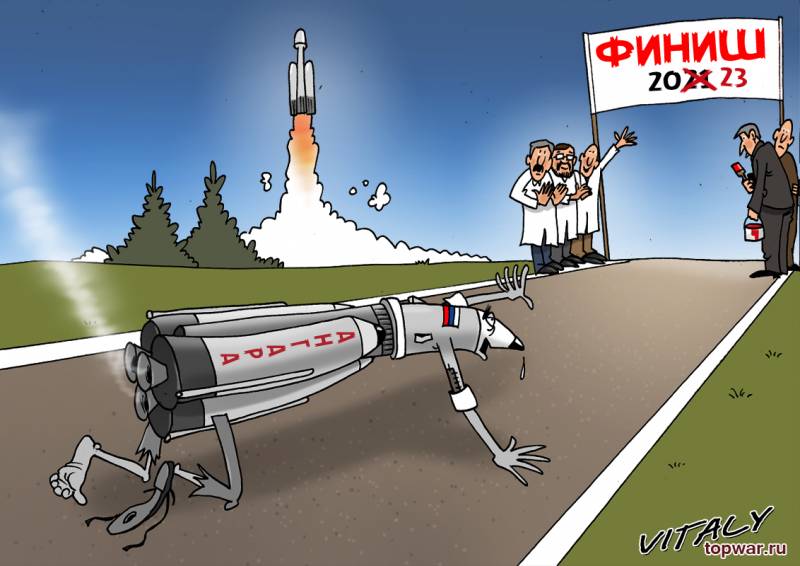 The contract for the construction of Angara rockets with a total value of more than two billion rubles, which was signed between the Khrunichev Center and Roscosmos on 25 on July 2019, was terminated on October 30, which in some ways was a real sensation. Earlier, the Russian space corporation hoped to launch the “Gonets-M” communications satellites into space; launches were to take place in 2021 using the Angara-1.2 launch vehicle. Now, Roskosmos says that the launches will be carried out with the participation of the Soyuz-2 launch vehicle, this rocket is fully adapted to launch the Gonets communication satellites, therefore, there should be no problems with their launch into space. 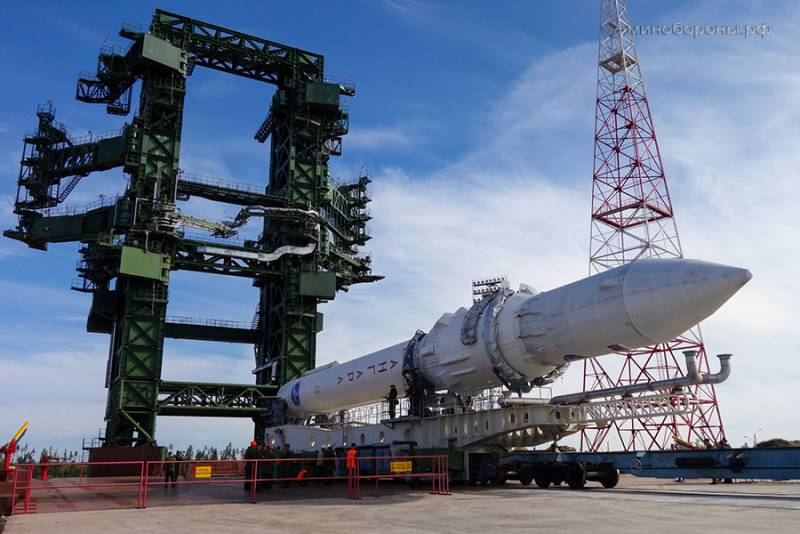 The Angara-1.2PP rocket before launch

According to RIA Novosti, citing the first deputy general director of the Gonets Satellite System company Oleg Khimochko, the company currently has 9 Gonets communications satellites in storage, three of which are planned to be launched into space at the end of this year at the help of the Rokot rocket. The remaining six communication satellites will be launched into orbit using Soyuz-2 launch vehicles adapted for their launch. At the same time, until the end it is unknown that launches in 2020 or 2021 will take place.

One of the reasons for Roskosmos’s abandonment of Angara for carrying out the indicated launches is called a chronic lag behind the schedule for launching rockets of a new family in Omsk at the facilities of NPO Polet. The official reason for the refusal of the earlier contract was not called by Roskosmos, but they confirmed that they were still interested in the production of a new Russian missile, the development of which has been carried out with varying degrees of intensity for almost a quarter of a century. According to the plans of the state corporation, the deployment of serial production of Angara universal missile modules in Omsk remains a priority. According to a Roskosmos press release, the Angara rocket version is heavy, which should replace the Proton-M launch vehicle in the 2024 year. 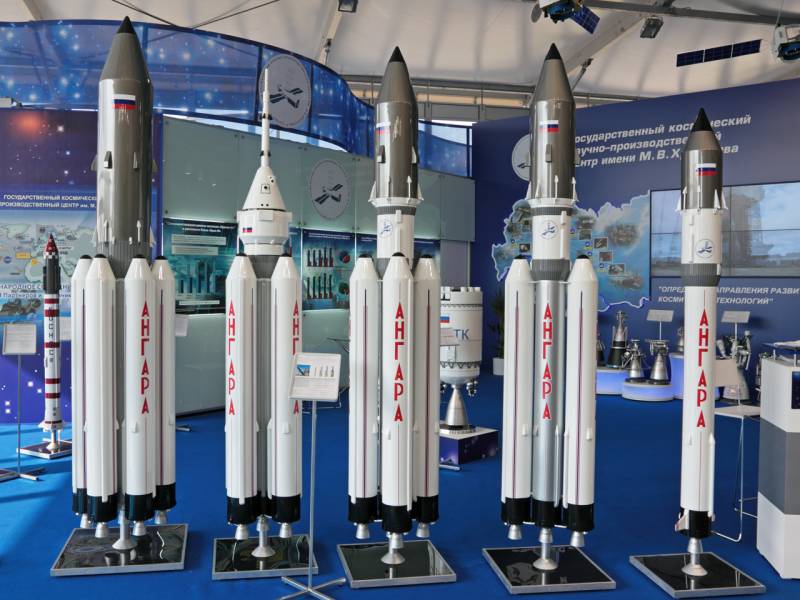 This news is once again alarming for the Russian project of a modular-type rocket with new oxygen-kerosene engines. Work on the Angara rocket family, capable of releasing loads of 2 to 37,5 tons in space, began in Russia in the 1995 year. Almost 25 years have passed since then, the cost of the project for all this time could reach three billion dollars. Estimates of the project cost vary, but it is difficult to adequately calculate them, including because of the long development period. As a result, the rocket, which has long been called the "hope of the Russian cosmonautics", flew only twice. The first launch of the new rocket took place on July 9 2014 of the year ("Angara-1.2PP" - the first launch). It is noteworthy that this was a test suborbital flight of the light version of the rocket. The flight passed normally, the rocket overcame 5700 km, reaching the Kura test site in Kamchatka. The second and last flight of the Angara at the given moment took place on December 23 of the 2014 of the year, it also took place as usual. The Angara-5 heavy-class rocket launched into the geostationary orbit with an altitude of 35,8 thousand kilometers a payload model weighing just over two tons.

On this all the successes of the new Russian modular missile end. For comparison, the cost of developing a direct competitor of Angara at this stage - the American Falcon 9 launch vehicle manufactured by the private company SpaceX, cost Ilon Mask about 850 million dollars. Of which, according to data released by SpaceX in the 2014 year, 450 million dollars amounted to the company’s own funds, another 396 million dollars - NASA sponsored the project. NASA’s assessment in the 2010 year seems to be curious, according to which the development of such a rocket during the implementation of state contracts would cost American taxpayers $ 3,97 of a billion dollars.

It is worth noting that today the Falcon 9 launch vehicle, made both in a single and partially reusable version, is actively pushing Roskosmos out of the commercial space launch market. Starting from the 2010 year, 74 launches have already been completed, only for the incomplete 2019 year, 8 successful rocket launches were made, of which 7 launches were accompanied by a successful landing of the first stage, in the last launch the landing was not carried out. By the end of 2019, the Falcon 9 booster should go into space another 5 times. 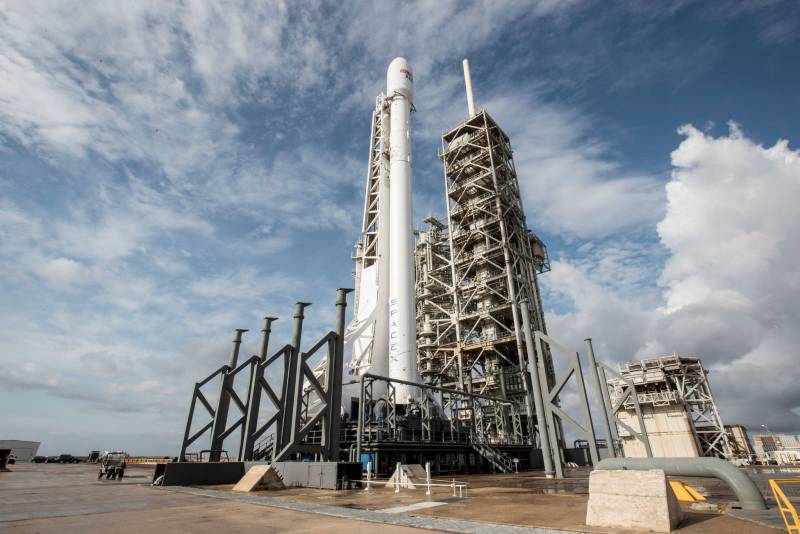 Problems of the Angara rocket

One of the main problems of the Angara launch vehicle is called by its obsolescence, which is increasing every year. It affects the long development period that has been going on since the mid-1990's, when the missile industry was faced with chronic underfunding of work. During this time, design and engineering thought went very far ahead, which perfectly demonstrates the example of the Falcon 9 rocket, which received a return first stage.

Browser of the newspaper “Vzglyad” Alexander Galkin believes that the Angara rocket is already “morally obsolete”, so there is no point in continuing attempts to modernize it. In his opinion, the project had to be abandoned 10 years ago. And the best solution would be to focus on the development and production of a similar class Soyuz-5 rocket. Galkin especially noted the lack of intelligible internal tasks for the new Russian missile. In fact, its main customer is the Russian Ministry of Defense, which is able to cover all of its space needs with lighter rockets, like the same Soyuz. For the load that the heavy version of the Angara can put into orbit, there are simply no tasks in Russia.

In the absence of domestic tasks, it would be reasonable to assume that the rocket could interest foreign buyers. But here two problems arise immediately - the first is the unknown and uncertainty. Over the 25 years of development, the rocket flew only two times, no one is ready to pay for a pig in a poke without statistics on raids and confidence in how the new rocket will behave. Nobody is ready to risk the launch of multi-billion-dollar spacecraft. The second problem is the high cost of rocket production, which will remain so without improving the manufacturability of production and the deployment of serial production at the level of 6-7 missiles per year. 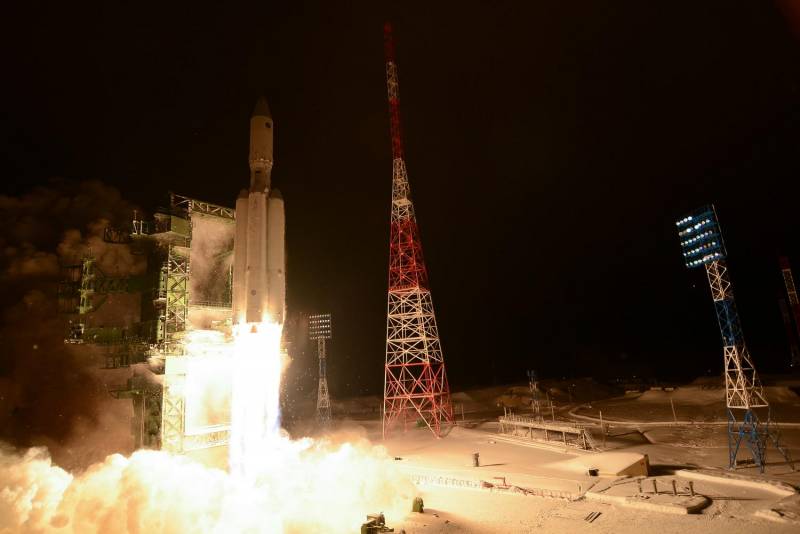 Launch of the Angara-A5 rocket

It is known that the Angara launch vehicle is regarded as a replacement for the Proton-M rocket, which is also confirmed by the latest Roskosmos press release. At the same time, the cost of the rocket remains very high. Yuri Koptev, who is the head of the scientific and technical council of Roscosmos, said in an interview with Russian media on 15 on April 2018 that the cost of the first Angara-A5 rocket amounted to 3,4 billion rubles, which is comparable to the cost of two Proton-M missiles. According to the plans of the corporation, a set of measures aimed at reducing the laboriousness of rocket production and the possibility of carrying out 6-7 launches per year will help to reduce the cost of the rocket by approximately 1,5-2 times, and by 2025 the cost of launching the Proton-M and Angara-A5 rockets "Will have to equal and amount to approximately 55-58 million dollars. In any case, the cost of the rocket can be reduced only with an increase in production volumes, but so far in Omsk it is not possible to establish even the release of a light version of the launch vehicle.

A salvation for the Russian space industry could be reaching a new technical level. If you believe the statements of Dmitry Rogozin (how much you can trust the statements of Rogozin, readers can decide for themselves), Roscosmos is actively working on two new concepts for the corporation: a special system for returning launch stages to Earth and a new methane-propellant rocket engine. Both technologies promise quite tangible advantages, the only question is whether it will be possible to implement such projects and when it will happen.

The Krylo-SV project, which is the development and rethinking of the Baikal project, whose debut at the Le Bourget air show took place back in the 2001 year, is considered as a return stage in Russia. In 2018, the Advanced Research Foundation talked about how a subsonic technology demonstrator will be created in our country within four years as part of the project to create the return stage of the Krylo-SV launch vehicle. Specialists of JSC “EMZ named after V. M. Myasishchev” are working on the project. Flight tests of the subsonic version of the device can begin in the 2020 year. In the future, an aircraft measuring 6 meters in length and 0,8 meters in diameter will be able to fly at hypersonic speeds - up to 6 Machs. The announced dimensions are suitable for using the return accelerator along with ultra-lightweight missiles. In the future, Krylo-SV will be able to provide multiple use of the Angara 1.1 rocket variations, but for the medium and heavy version it will be necessary to create a new block of much larger size and mass. Unlike SpaceX’s American return first stage, the Russian project of the return accelerator launch stage will be able to land on airfields. 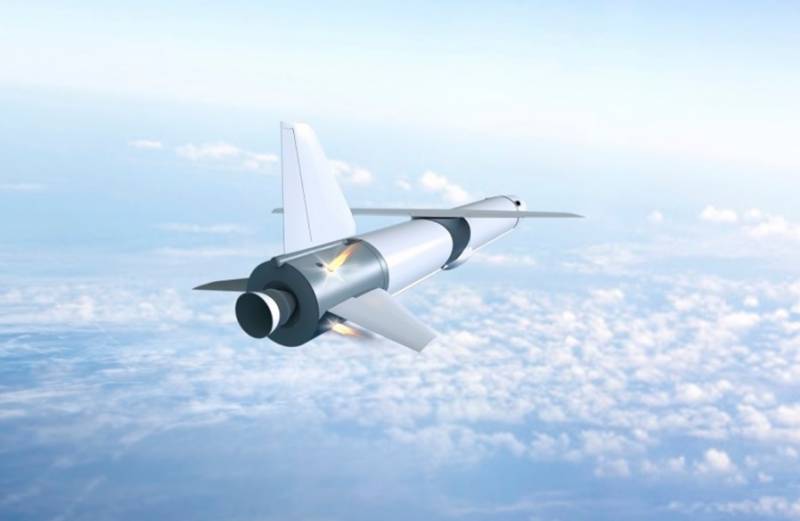 Estimated appearance of the Wing-SV project, a render of the Advanced Research Foundation

At the same time, the project is still revolving around a returnable accelerator for ultra-lightweight missiles. Therefore, experts consider Dmitry Rogozin's statement on the development of returnable stages for new Russian missiles with a fair amount of skepticism. The fact that such devices can be created in Russia is beyond doubt, for this there is already an existing backlog. However, the process of creating a returnable stage for heavy-class launch vehicles, of the same Angara-A5 rocket, if it can still be sent to mass production, will have to go a long development path to a product ready for testing.

The second breakthrough project for astronautics is called a methane fuel engine. On the whole, Angara launch vehicle already contained several very important and breakthrough ideas for the 1990's: a universal modular structure and the use of an oxygen-kerosene engine. The transition to such engines saved the Russian cosmonautics from using extremely harmful and dangerous fuels - heptyl and amyl oxidizer, which are used on Proton rockets. The use of such fuel requires expensive work to deactivate the fall zones after emergency launches. Given the fact that rockets are launched from the Baikonur cosmodrome, which remained on the territory of Kazakhstan, this causes certain problems. The fall of the Proton-M rocket in 2007 in 40 kilometers from the city of Zhezkazgan led to a serious scandal and the payment of compensation from Russia. 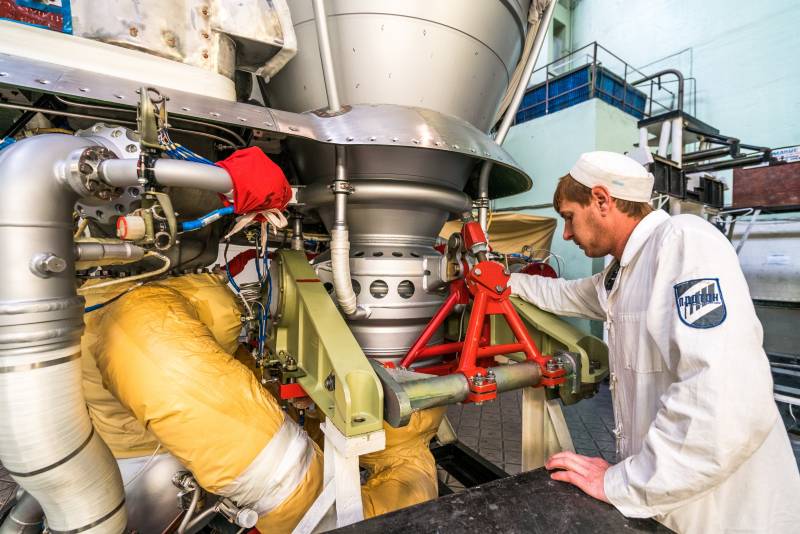 In this regard, the transition to new types of fuel seems justified. But now oxygen-kerosene engines are no longer at the forefront of technical thought. Of other interest is another pair: methane - oxygen. Such fuel is safer, more environmentally friendly, and most importantly, it allows you to get a larger specific impulse - about 380 seconds (heptyl-amyl provided an impulse up to 330 seconds, kerosene and oxygen - up to 350 seconds). Work on the methane engine has been underway in Russia since the 1997 of the year, we are talking about the RD-0162 rocket engine. If the work on creating a methane rocket engine can be successfully completed, it can also give a serious impetus to the development of the Angara missile project and other domestic missile systems.