How to make out hazing

No hazing, you say?

In this article I want to present a slightly different view of things. We saw the look of Alexei Roshchin, saw the opposite Roman Skomorokhovand now I will present my own, so to speak, from fresh memories. The author served in the valiant troops of the National Guard (abbr. VNG) from the winter of 2016 to the winter of 2017. Someone may notice that VNG is not the Ministry of Defense (abbr. MO) and there are other orders, but this is not so. When communicating with the guys from neighboring parts of Moscow Region, it became clear that the situation there is the same. 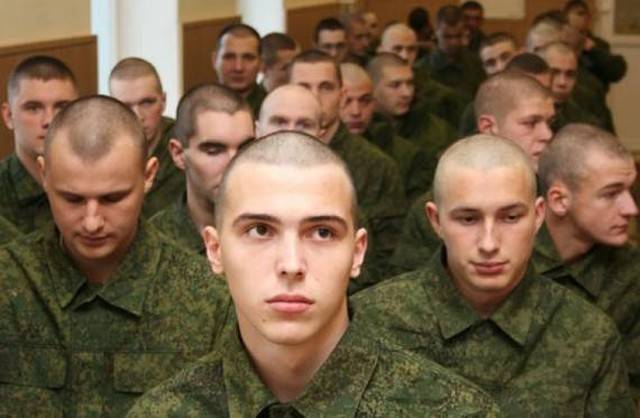 To begin with, I would like to draw attention to some places by the author Skomorokhov, which made me smile:
Because the author, who clearly did not serve a single day, did not know that serving in a dress was another thing. That is, they go to the outfit in turn. Or as a disciplinary sanction, the outfit is out of turn, if someone messed up. But so - I agree, there is a reason for contacting The Hague. So to violate human rights ...

Well, I don’t know of course whether this was ever so, perhaps now in some parts. Is there a schedule of outfits? Of course I have. Do guys walk on it in outfits? No. Here, probably, it should be clarified. There is such a problem or a fact how to look at it: approximately 20-25 percent of the personnel are representatives of the North Caucasus region. I'm talking about the parts adjacent to major cities (Moscow, St. Petersburg and so on). These guys are not in the outfit. That is, in general. Many officers and warrant officers simply do not want to contact them, because even if this soldier enters the outfit, most likely he will simply shift the duties to other orderlies. And no one will say anything. Tribesmen intercede for him, and no one will intercede for the Russian boys. Can officers besiege them? Yes. I even saw: three times a year. How do they gain outfit? They take two sensible soldiers, who then themselves choose the poor fellow for washing toilets. And there wasn’t much choice there, we had three soldiers, one held the unofficial position “ZamPoOch”, the deputy brigade commander for washing the toilets (that's not once hazing, aha), and two of his assistants. And they had no choice, they washed the toilets in the company, if they got into the medical unit, washed them there, in the fields they dug up the toilet and washed it, and so on until the end of the service.

That's all, thanks, enough. Standing on one leg for several hours a day - everything is clear. "I did not serve, but I condemn it in advance." Personally, in the most terrible times of the bloody Soviet past, in preparation for the most massive action - the Parade on Red Square, I did not stand on one leg for hours. Like all the participants, I guess. What I hasten to notify Mr. Roshchin, but he is unlikely to believe me.

Well, here Russia overtook the hated USSR! There were parades, starting in February, in the wonderful frosts of St. Petersburg, after the morning divorce, the guys stood for two hours (for the sake of fairness I will say, they change their legs in one and a half minutes), then for ten minutes they warm themselves in the company and drink tea, and stand back two hours before lunch . Well, after lunch we marched before dinner. They spent a month in this state, then in the morning they just started marching. Probably necessary, the parade is still, but still controversial.

Everyone is now happy that the soldiers are not beaten in the army, but an achievement! That's just such a thought did not arise in my head when, in the first month of service, three half-year-olds beat a soldier in the shower for refusing to give one of their new registered socks and take in exchange for footcloths. And the company washed itself behind the wall, everyone heard, but pretended that there was nothing. 2017 year! And laughter and sin. And the paramedic who examined before bedtime and saw the marks on the body simply grunted and left. Many may say that this is an isolated case. No matter how. Soldiers in the army are beaten (not all and not always, but still), and other soldiers, and sergeants, and even officers (but officers less often, I can recall four cases in a year). But why doesn't this all pop up? Where are the criminal cases? Everything is simple: the scheme is the same. The beaten soldier goes to the headquarters, and the headquarters offers transfer, demobilization, any relief, if only история not surfaced. But the soldiers usually don’t need more, as far as I remember, only the guy who broke his collarbone got to the prosecutor’s office.

In 2017, a convoy of vehicles following the Victory Parade crashed. Does anyone remember how a soldier is placed in the Urals? Three benches, two along the sides and one in the center, with 11 soldiers on each, no belts, no strong structures. And now - the blow of four cars. 70 people were beaten to varying degrees of severity. Only one was released from the parade, to which a piece of the shutter of a broken machine gun entered his leg. The rest with painkillers - go ahead! And again: where are the criminal cases? But not them.

How they “eradicated” it

And now I will share my observations why hazing was “eradicated”, and soldiers periodically shoot and die. Firstly, I was unpleasantly struck by the similarity of the military units (during my service I visited three) with the prison and its concepts. I'll explain now. If you yourself have faded during the initial period of service, your place is on the “bucket”. The toilet is your place until the end of the service. If you were hit or somehow showed an improper relationship, then an attempt to turn to your superiors is perceived as "squealing." An attempt to turn to the psychologist of the unit, generally an attempt to turn to medrot, means "deviators" who do not want to serve. By force I took one guy there who said that it wasn’t "manly," in a semi-conscious state - pneumonia turned out to be. With appropriate attitude to them. Contracted servicemen encourage theft, if not, steal. Who do you want. If you want to sort things out, welcome to the dryer (there are no cameras there). Do the officers know about this? Yes. Officers of the Northwest Headquarters? Yes. Headquarters officers? Of course, yes, they simply don’t care, they have more important tasks, plans for the offensive, probably.

Secondly. It has been suggested that hazing is allowed by officers, dropping everything on sergeants. But some time ago, the position of DORS was introduced - a duty officer of the management team. An officer who is in the company for a day. And here we are witnessing a transformation. The actions for the soldiers remain the same, but the term changes. Hazing smoothly flows into statistism. Crawling in bulletproof vests under the beds? Why not. Bring foam in a company in chemical suits and body armor, jumping on one leg? Let's. To stand with stools in outstretched arms? Wrap two. The main thing is not to hit the face. Duty?! Yes! Drive them like dogs! Well and further in this vein. It’s just when grandfathers did it - it’s a violation of the Criminal Code and the charter, when contractors do it - it’s collective education measures. Double standarts.

Thirdly. Solyanka. Can someone explain to me what kind of practice it is - to replace criminal punishment with service? Adult foreheads caught in hooliganism, property damage, robbery, light bodily and other things offer instead of a term a place in the armed forces. A fifth of the personnel from the Caucasians, a fifth of the half-criminals, two fifth of the stupid come from the villages and a fifth of the caught or surrendered deviators. A year in one place without a normal amount of food, cigarettes, without a normal clothing supply, with constant lack of sleep are spent by people who are different in life beliefs, age (from 18 to 27 years) and religious beliefs. Sergeants were recruited from these people. And at the same time - the indifference of the officers. I can smell the equal right!

In our army there is no hazing, there are no grandfathers there long ago, as they switched to the annual system. It’s worth learning at least that.

Well look. There was an army. And there was hazing in her, which, for all her problems, was a pretty effective way to manage personnel. And suddenly abandon her? Everything is simpler. He served himself a soldier, served, realized that he liked to command, and signed a contract for two years. He is no longer a grandfather, we do not have such a term, he is now a contract sergeant. What do you think a person wants to sign a contract in the environment described above? This is the result we get.

I am infinitely glad (without irony) that we have parts where everything is fine. I am happy for the artillerymen, communications troops, construction battalions, missile forces, EW troops, which now look more like an annual amusement park. What will we do with the rest of the infantry? WITH tank troops? With the main body of the army? Further say that everything is fine there? And the soldiers will shoot at each other.

Hazing in the army IS. It is NOT uprooted and will never be. In one form or another, it is present in all the armies of all countries. And it will continue to be. So, if someone is lucky to get to where it is less, does not mean that others will not get to where it is more.

Ctrl Enter
Noticed a mistake Highlight text and press. Ctrl + Enter
We are
A great interview with Sergey Lavrov: about Ukraine, Obama and IranWhat you didn't want to know about England
295 comments
Information
Dear reader, to leave comments on the publication, you must to register.