November 7 2019
255
Recently, Business Insider magazine called the F-35 fighter one of the worst American developments. This aircraft is very expensive and still has not gotten rid of a lot of flaws. The Air Force and Navy had high hopes for him, but he did not justify them. 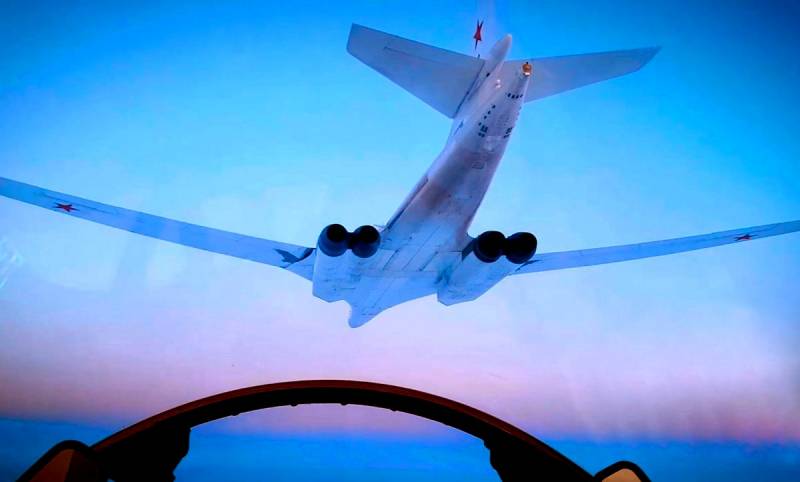 According to Sohu, on November 3, F-35A took part in an unpleasant incident. The Russian missile carrier Tu-160 carried out a planned flight over the Sea of ​​Japan, and was accompanied by two fighters. Suddenly, the bomber set the maximum angle of sweep of the wings and turned on the afterburner, trying to break away from the escort.

F-35A tried to catch up with the Russian aircraft, but failed. The huge Tu-160 was still visible on the radar screens, but quickly left the line of sight. Thus, a strategic bomber weighing 110 tons unexpectedly easily got rid of two 13-ton pursuers.

On the VO side, we note that the incident about which Sohu writes confirms one of the characteristic features of supersonic strategic bombers. High flight speed is one of the main means of overcoming air defense. It allows you to quickly reach the line of missile launch or break through air defense zones or escape from fighters.

The results of the recent incident were also affected by the technical characteristics of the equipment. The Russian Tu-160 has a top speed of 2200 km / h. The American F-35 afterburner accelerates only to 1930 km / h and can support this speed for a very limited time.
Ctrl Enter
Noticed a mistake Highlight text and press. Ctrl + Enter
We are
The American media included the future B-21 among the worst bombers in the worldBusiness Insider: In the ranking of special divisions of the world, Alpha is in sixth place
255 comments
Information
Dear reader, to leave comments on the publication, you must to register.