November 6, 2019
328
The Russian military was able to get an advanced ground-to-air missile from the latest Israeli David Sling missile system to study. According to media reports, one of the missiles fell on Syrian territory without having worked and received almost no damage. 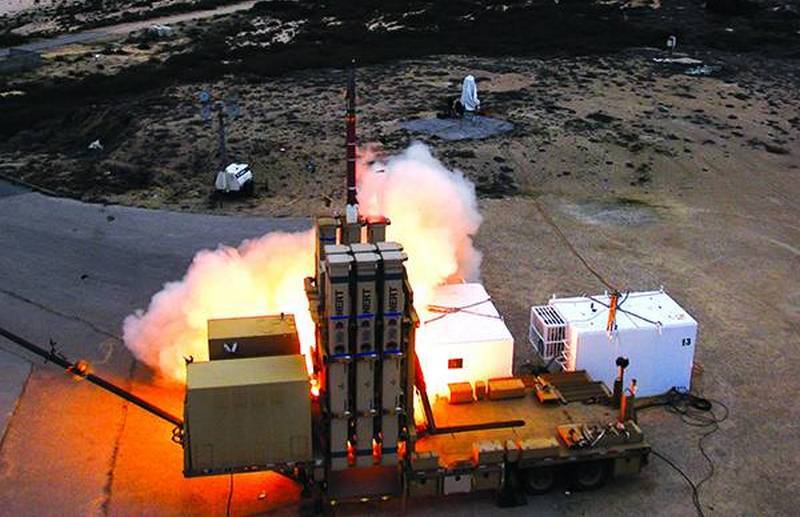 According to The Jerusalem Post, last July 23 the Israeli Sling of David missile defense system launched two missiles in response to the launch of two Soviet Tochka missiles from Syrian territory. This was the first combat use of the system.

As the IDF later said, the Israeli system recorded the launches of Syrian missiles, but could not clearly ensure the capture of the target. As a result, one interceptor missile fell on Syrian territory, the other, having lost its “target,” self-destructed. The forces of the government army were sent to the site of the fall of the first rocket, and they found the rocket with virtually no damage - with small dents from an impact on the ground. The missile was transferred to a Russian military base, and then went to Russia for further study.

An investigation conducted by order of the Israeli Air Force commander found that the cause of the failure to intercept the Syrian missiles was the error in the combat calculation of the missile defense system, coupled with a number of technical factors, after studying which some changes were made to the system.

David's Sling (Magic Wand) is part of Israel’s multi-level missile defense system. It is designed to intercept medium-range ballistic targets, as well as cruise missiles and NUR in the range from 70 to 300 km.

The first level of layered missile defense is the Iron Dome system. The second line of defense is provided by “David Sling”, the third level is “Hetz-2” (“Arrow”) and modernized versions of the American “Patriot”. The latest Hets-3 system serves to destroy intercontinental ballistic warheads in airless space.

The development of “Sling of David” began in the 2007 year. The first division of the ABM system took up combat duty in the 2016 year, the first operational use took place on July 23 of the 2018 year, when one of the missiles was lost.