US Upgrades Anti-Bunker Bombs in Response to Iran's Enrichment

November 6, 2019
58
The U.S. Air Force will continue to upgrade its existing arsenal of anti-bunker bombs, the GPU-57 MOP (Massive Ordnance Penetrator), to the latest version of the GBU-57E / B in response to Iran’s filling uranium enrichment centrifuges. It is reported The Drive. 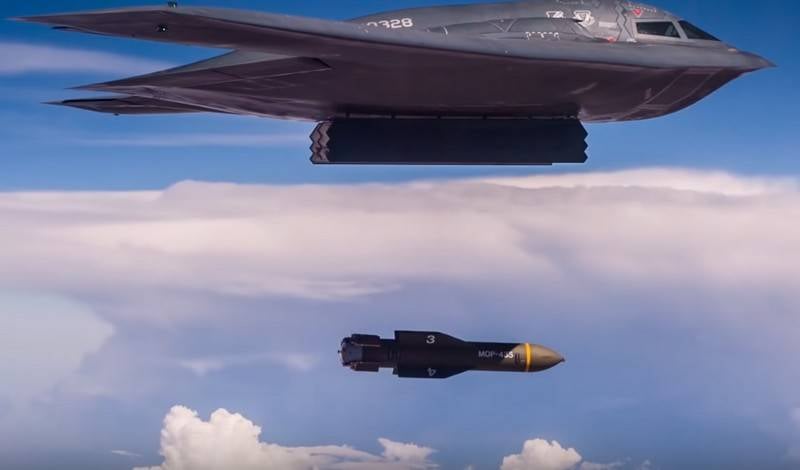 In February last year, the US Air Force command announced the purchase of an unnamed number of GPU-57 MOP anti-bunker bombs to the existing twenty. Ammunition was ordered in two versions: in combat and inert, which can be used both for training purposes, and paired with a war bomb as a means to pre-create a crater where, thanks to satellite guidance, the combat will be dropped.

The U.S. Air Force suggests that an updated version of the GBU-57E / B bomb, equipped with a warhead accelerator, will be able to reach the Fordo nuclear facility, sheltered at an 100 meter depth under several layers of reinforced concrete.

The GBU-57 bomb or Massive Ordnance Penetrator (MOP) is an American Adjustable Anti-Bunker aviation a bomb developed by Boeing in 2007 to destroy underground bunkers. According to the claimed characteristics, it is able to penetrate into the ground to a depth of 61 meters or punch up to 19 meters of reinforced concrete and only then explode. In 2018, the fourth modernization of the bomb was carried out, as a result of which the characteristics for the destruction of difficult and deeply located targets were improved.

With the total mass of the bomb in 13,6 tons, the mass of the warhead is 2700 kilograms. The bomb is the most powerful non-nuclear weapon in the US arsenal. The sole carrier of the GPU-57 MOP is the B-2 Spirit bomber, although B-52Н trials with anti-tank bombs were previously reported.