The first Poseidon MRA1 aircraft for the FAC of Great Britain

November 6, 2019
16
On October 29, a ceremony was held at the Boeing factory in Seattle to hand over the first P-8 Poseidon patrol aircraft, commissioned by the British Royal Air Force. In FACC, the aircraft receives the new designation Poseidon MRA1 and its own name Pride of Moray (“Pride of Mori County”). Now he has to go to the duty station and intervene on duty. All these events will lead to the revival of the patrol. aviation KVVS. 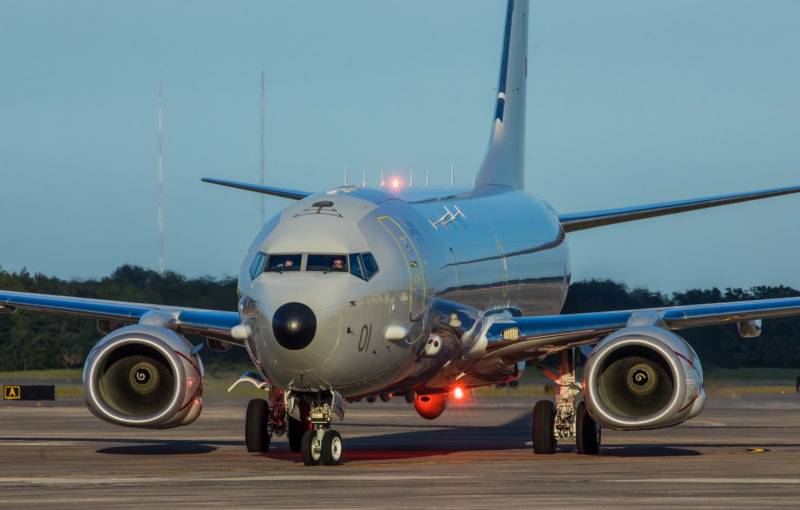 How to stay without planes

Since the late sixties, the basis of the anti-submarine aircraft of the FACC were Hawker Siddeley Nimrod aircraft. The base machine underwent modernization several times, which allowed it to serve until 2011. The next Nimrod renewal project was launched in the mid-nineties. The Nimrod MRA4 aircraft was supposed to receive a number of fundamental innovations that meet the requirements of the time.

The development of Nimrod MRA4 ran into certain problems and was noticeably delayed. The first flight of the experimental aircraft was carried out only in August 2004. The debugging took a few more years. According to the plans of that time, MRA4 were to achieve initial operational readiness in 2012.

However, this did not happen. In 2010, it was decided to abandon the new project due to its complexity and high cost. In addition, the new plans of the Ministry of Defense provided for the closure of the Kinlos air base, where the promising Nimrod MRA4 were to serve. This decision was controversial, but they did not review it.

Soon, in 2011, the existing Nimrod modifications were removed from service. The Royal Air Force was left without distant patrol aircraft. It was now proposed to patrol and search for likely enemy submarines using other types of equipment. In addition, Britain had to rely on foreign allies.

Already in 2011, the first rumors appeared in the foreign press about the possible restoration of British patrol aviation - through the purchase of imported equipment. It was reported that the command is studying this issue and will soon be able to begin negotiations with a possible contractor. 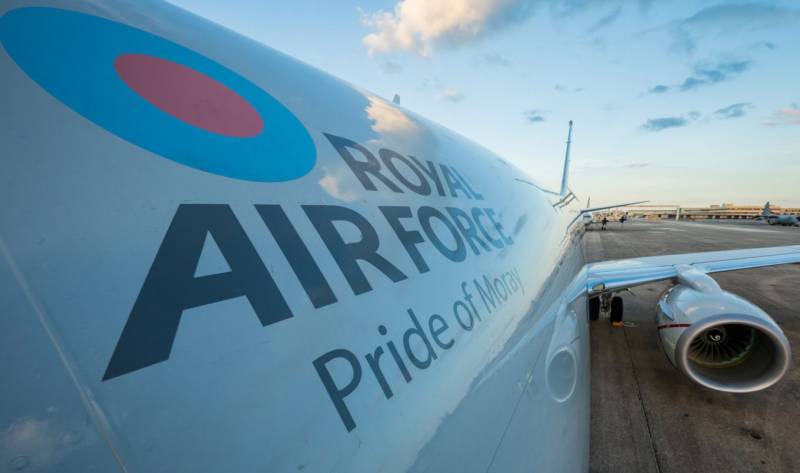 Curious news entered in 2012. It became known that Boeing is considering the FAC of Great Britain as a possible customer of its P-8 Poseidon aircraft. As subsequent events showed, the interest of American aircraft manufacturers in the British customer was justified. However, a real agreement had to wait several years.

In 2014, against the background of well-known events on the international scene, the British command declared the need for the revival of patrol aircraft. London was afraid of the activity of Russian submarines, and therefore now was about to acquire new aircraft. In 2015, the British Ministry of Defense considered several options and chose the best. The most successful and useful was considered an American-made P-8 aircraft.

In July 2016, KVVS and Boeing signed a contract for the supply of aircraft and related products. In accordance with this document, the customer must receive nine P-8A aircraft with a total value of 3 billion pounds (approx. 3,9 billion). The equipment will be divided into three parties. The start of deliveries was scheduled for 2019. The last aircraft will be handed over to the customer no later than 2029.

The construction of the Poseidon patrols for the FAC of Great Britain began shortly after the signing of the contract. The first car was taken out of the assembly shop a few months ago. 13 July 2019 g. She made her first flight, after which the flight tests continued. By that time, other planes from the first batch were at different stages of construction. 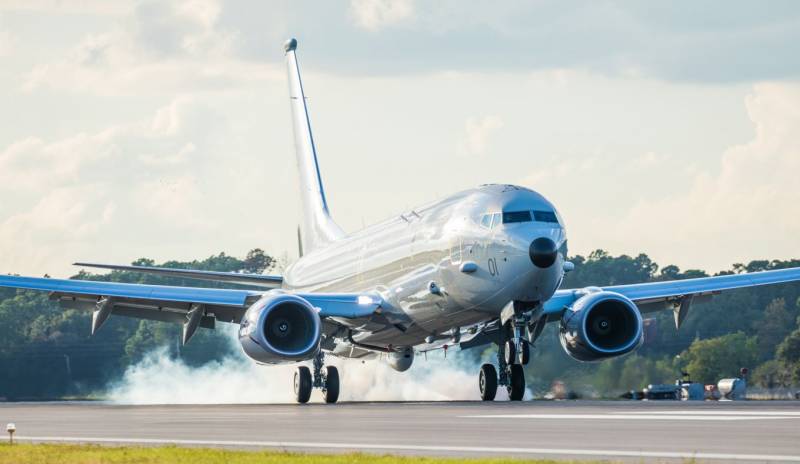 By mid-autumn, the lead plane of the British order passed all the tests and confirmed its characteristics. On October 29 at the manufacturing plant, a solemn ceremony of the transfer of equipment to the customer took place.

FACC assigned their own designations to the new technology. Boeing P-8A Poseidon aircraft will be operated under the name Poseidon MRA1. The lead aircraft received the name Pride of Moray. The following aircraft will have the same index and new names may be assigned.

In the near future, “Pride of Mori” will fly from the USA to the UK. The aircraft will serve at the base of Lossimuth (Moree, Scotland). Over the next few years, the rest of the aircraft ordered will arrive at the RAF Lossiemouth airfield.

To operate the new Poseidon MRA1, two FAC units were revived. The first new equipment will receive the 120 I squadron. Later, the Poseidons will hand over the 201 Squadron. Both units existed earlier and used Nimrod aircraft. In 2010, they were disbanded in connection with the cancellation of existing equipment. Deliveries of new aircraft made it possible to re-form squadrons and find them combat missions.

The main task of the Poseidon MRA1 will be to patrol the waters around the British Isles. It is also planned to involve them in patrolling the North Atlantic as part of joint NATO operations. New long-range aircraft, along with other elements of anti-submarine defense, will look for the submarines of a potential enemy. Also 120 and 201 I squadrons will be able to be involved in search and rescue and other operations. Based at the Lossimuth airfield, it will provide access to all areas around the British Isles and the surrounding regions. If necessary, it is possible to deploy patrol aircraft at other aerodromes, including in other countries.

The British Royal Air Force ordered nine P-8A / MRA1 aircraft. The first of them has already been delivered to the customer, and in the near future the construction of several new ones will be completed. Equipment from the last third batch will begin service until the end of the twenties. The supply of imported patrol aircraft will significantly affect the combat effectiveness of the FAC. 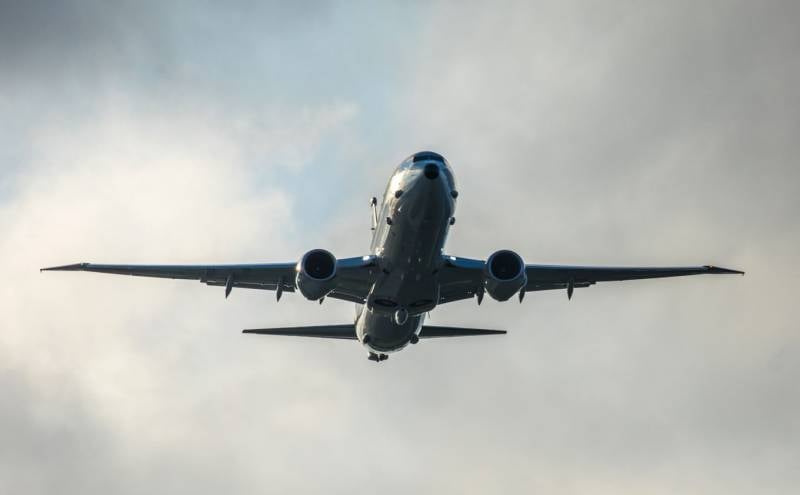 The main consequence of the purchase of equipment is the revival of patrol aircraft. Since 2011, there were no long-range patrol aircraft in service with the KVVS, which negatively affected the PLO and the security of the country as a whole. Now it is possible to form a new group of specialized aircraft and provide a search for dangerous objects in the surrounding water areas.

In this case, we are talking about a modern aircraft with high performance characteristics and wide capabilities. Poseidon is the latest American development in its class. The aircraft is equipped with advanced equipment for solving various problems. Thus, when comparing Poseidon and Nimrod, we are talking not only about the revival, but also about the modernization of aircraft PLO.

Poseidon MRA1 carries a complete set of modern equipment for searching and tracking underwater targets. There are well-developed sonar and other means. The aircraft carries up to 129 discharged sonar buoys. He is also able to transport and use various anti-submarine weapons. Communication equipment ensures the integration of patrol aircraft into general control loops, which allows them to exchange data with other elements of the PLO and help each other.

An effective solution to combat missions is provided due to high flight performance. Poseidon at one gas station has a combat radius of more than 2200 km with the possibility of patrolling in a given area for 4 hours. There is a receiving device for refueling in flight, which increases the duration of the patrol. 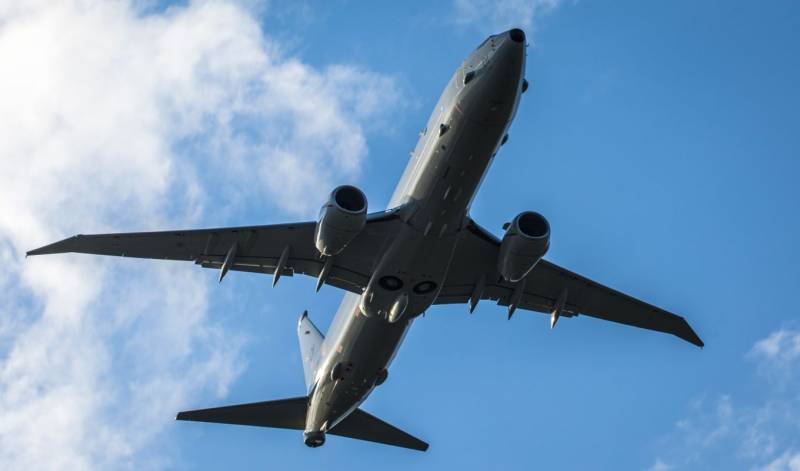 It is expected that the new aircraft will be used not only in the interests of the UK, but also in joint operations within NATO, which is facilitated by equipment compatibility. P-8A has already shown similar capabilities through various exercises. Entering the FACC, the aircraft saves them.

The command of the FACC gave the new aircraft high marks. It is alleged that the Poseidon MRA1 will allow you to deal with all submarines, including with the best examples of our time, and this will positively affect the security of the country. It is planned to ensure the operation of aircraft both in the interests of the FACC and within NATO.

However, while the Royal Air Force can not get all the positive consequences of the purchase of new equipment, because at the moment managed to get only one aircraft out of nine ordered. Other new aircraft are needed for the desired restoration of patrol aircraft, and they will appear only in the foreseeable future. Nevertheless, the command is optimistic and looks forward to continued supplies.