November 4, 2019
29
The forces of the Syrian Democratic Forces (SDF), consisting of Kurdish formations, destroyed ATGM two ACV-15 infantry fighting vehicles in the areas of the settlements of Mahmoudiya and Tel Tamr. The military equipment belonged to the Turkish army or militants controlled by Ankara. 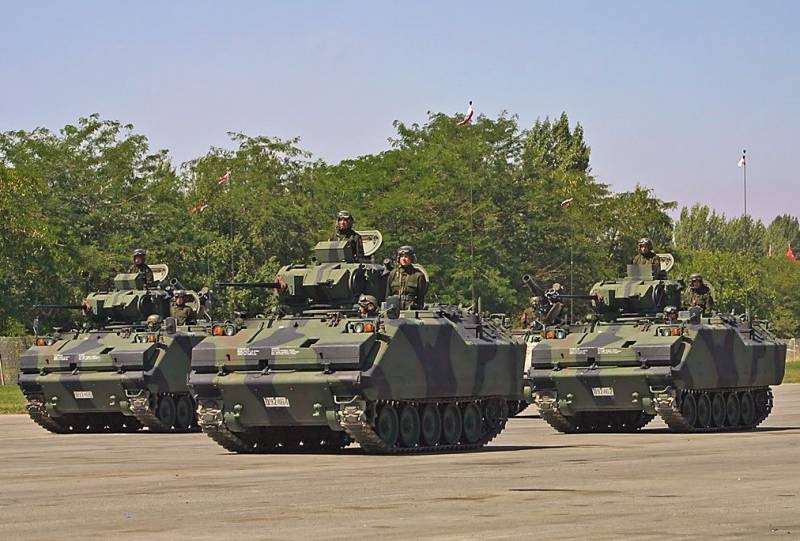 ACV-15 is a family of armored vehicles developed by the Turkish defense company FNSS based on the American AIFV, which, in turn, is based on the M113A1 armored personnel carrier. The first production samples of the ACV-15 were delivered to the Turkish army in the 1992 year. In its arsenal in the basic version is an 25-mm gun paired with an 7,62-mm machine gun. There is an option with the 100-mm gun 2A70. Armored vehicles ACV-15 equipped with the army of Turkey, the UAE and Malaysia.

Caught on the video and some other points related to the Turkish operation in northeast Syria. In one of the materials, the destruction by the Kurdish group "Liberation Forces Afina" of a Turkish militant in the Aazaz region appears. He was eliminated by sniper fire.

“Under the distribution” were foreign doctors participating in the international mission. Turkish troops and pro-Turkish forces fired on an ambulance belonging to the Free Burmese Rangers organization near Tel Tamr.

Two ACV-15 infantry fighting vehicles of the Turkish army / pro-Turkish militants were destroyed today by shots from anti-tank systems by fighters of the Kurdish Syrian Democratic Forces (SDF) in the areas of the settlements of Mahmoudiya and Tel Tamr.

A week ago a similar video was featured: