Not only Tomahawks are in the game. Eshorov's undisclosed ammunition challenges the Russian Air Force

November 3, 2019
60
As you know, over the past few years, senior representatives of the defense and foreign affairs agencies of Russia, as well as experts from domestic military and analytical resources, have repeatedly focused the attention of the public and knowledgeable observers on the consequences of deploying Aegis Ashore stationary missile defense systems in the vicinity of the Romanian commune Devesela and the Polish village Redsikovo in the framework of the ambitious program of EuroPro. 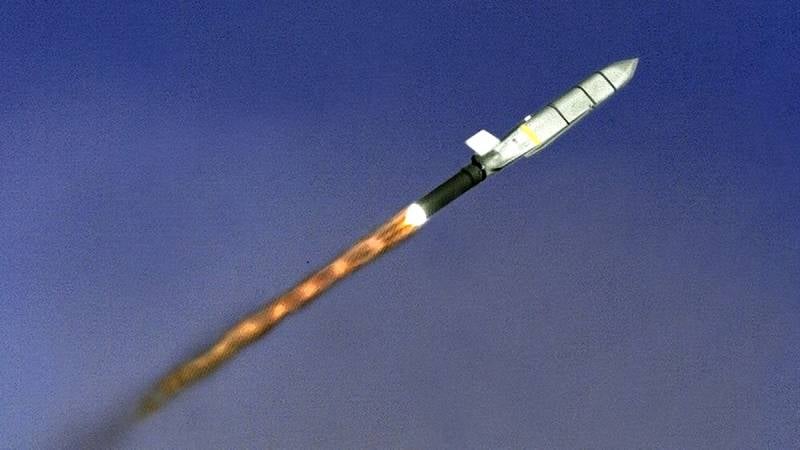 Such a high level of interest in this topic has a number of compelling justifications of an operational-strategic nature. They are associated not so much with the anti-missile potential of the RIM-161B / C exoatmospheric interceptors (SM-3 Block IA / IB), but with the possibility of constructive adaptation of the ground-based modification of the Mk 41 VLS universal launcher and software adaptation of the Aegis BMD 3.6.1 / 4.0.1 ”to the use of strategic cruise missiles of the Tomahawk family and other means of air attack, which pose a certain threat to the strategically important objects of the Russian Armed Forces in the Southern and Western military districts.

In particular, despite the inability of the RIM-161B / C exoatmospheric interceptor missiles and the RIM-174 ERAM endoatmospheric SAMs to effectively intercept the maneuvering tactical ballistic and aeroballistic missiles 9M723-1 of the Iskander and X-47 medium-range and X-2 missiles Russian ICBMs “Topol-M”, “Yars” and R-36M UTTH / R-36М2 “Voivoda”, ground versions of universal vertical launchers Mk 41 complexes “Aegis Escor” can be equipped with transport and launch containers Mk 14 as soon as possible.

This solution will allow in a flash to transform a purely defensive complex into a fairly powerful strike instrument, which has, first of all, strategic RGM-109E Tomahawk Block IV and TLAM-C / D cruise missiles with 1850 and 2400 km range, respectively.

Against the background of Washington’s final withdrawal from the Treaty on the Elimination of Intermediate-Range and Shorter-Range Missiles, the possibility of processing the Aegis Ashore complexes described above is considered by specialists from the Russian Defense Ministry and the General Staff as the main argument in favor of a return deployment in the European part of Russia (as part of the 26 Neman, 112 Guards Missile Brigades and other units) dozens of operational-tactical missile systems 9K720 Iskander-M equipped with subsonic cruise missiles 9М728 (Р-500) and 9М729. Meanwhile, the Tomahawk strategic missiles integrated into the Aegis Eshorov’s 48 ammunition kits are hardly worth considering as the most formidable air assault deployed at the Black Sea and Baltic “gates” of Russia.

These products (in modifications TLAM-D / Block III or "Tomahawk Block IV") have an impressive effective scattering surface of the order of 0,15 — 0,3 square. m, that with a subsonic flight speed of 850 — 900 km / h and mediocre maneuverability makes the Axes an excellent target for advanced military self-propelled air defense systems Buk-M3, air defense systems S-350 Vityaz and S-300В4. The above-mentioned air defense systems are capable of easily intercepting the Tomahawks even beyond the radio horizon using anti-aircraft guided missiles 9М317МЭ, 9М96DM and 9М82МВ equipped with active radar seekers of the Slants family from JSC Moscow Research Institute Ag. Targeting can be carried out by AWACS A-50Y aircraft, which in advance detect a threat at a distance of about 180-250 km and transmit the coordinates of the Tomahawks to the terminals of the ACS Polyana-D4M1 with further distribution between the Buzyaz M and Nyukey, Bukov-M, N C-3B300.

A much wider range of threats can arise if the Mk 14 transport and launch containers are adapted to the deployment and use of stealth tactical long-range cruise missiles AGM-158B JASSM-ER. The probability of the appearance of these high-precision tools weapons in the ammunition of the Romanian and Polish "Eshorov" continues to remain quite high.

It is well known that as early as September 2013, the specialists of the military-industrial corporation Lockheed Martin carried out successful field tests of a prototype long-range ASM AGM-158C LRASM launched from the ground version of the Mk 41 UVPU of the specialized launch complex LLS-1 "Desert Ship", deployed at the White Sands missile test site (New Mexico). Vertical launch of the LRASM was made possible by equipping the prototype RCC with the Mk 114 solid-fuel launch booster designed to equip the RUM-139 VL-ASROC anti-submarine guided missiles. The most important detail here is that the layout and weight and dimensions of the LRASM anti-ship missiles are almost identical to those of the JASSM-ER cruise missiles (not to mention the 85% unification across multiple components of the element base). Consequently, the integration of the AGM-158B JASSM-ER into the Mk 14 container of the Mk 41 ground control unit is not difficult.

Unobtrusive tactical missiles JASSM-ER, unlike the "Axes", have an effective reflective surface of the order of 0,03-0,05 square meters. m, in connection with which the range of their direction finding by means of the Shmel-M radar complex of the A-50U RLDN aircraft will be from 90 to 120 km. And this without taking into account the powerful obstructive noise interference emitted by advanced aviation electronic warfare systems of the AN / ALQ-249 NGJ-MB family (will be installed on tactical aircraft of the US Navy and Air Force), which will reduce these figures to 50–70 km! To effectively counteract these electronic warfare systems, Shmel-M radars with waveguide-slot antenna arrays are absolutely incapable.

As a result of this, only the expected deliveries to the combat units of the Aerospace Forces of Russia of promising A-100 Premier airborne guidance and guidance aircraft equipped with high-energy and anti-jamming radars with active phased array from Vega Concern JSC can save the situation. It is these radar systems that will be able to provide stable anti-aircraft targeting to mixed anti-aircraft missile brigades of the Russian Aerospace Forces with reliable coordinates of stealth adversary’s weapons in the most difficult jamming conditions.