All species and genera

On November 5, employees of the Main Intelligence Directorate of Russia (GRU General Staff of the RF Armed Forces) and soldiers and officers of all military intelligence units of all types and branches of all military structures of the Russian Federation celebrate their professional holiday. Naturally, on the eve of the holiday, a lot of materials appear relating to this sphere of activity of the RF Armed Forces. 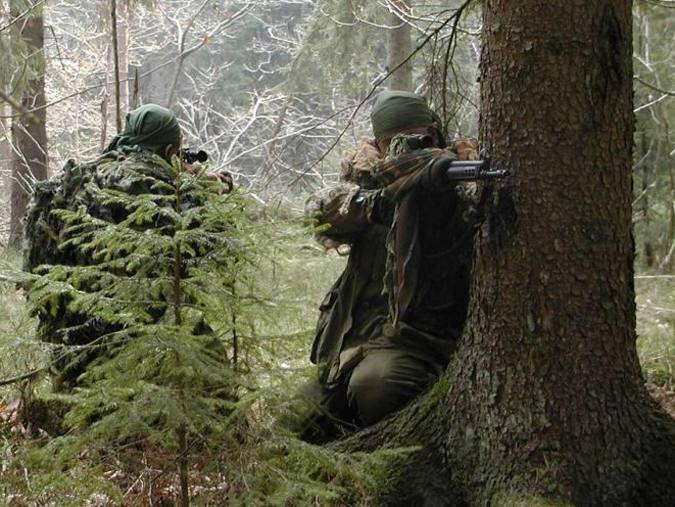 Many times in conversations with officers and simply with people who are interested in the problems of the army and fleet, I came across a very reasonable question. Why do we talk a lot about the threat of the third world war, about a sharp increase in the danger of its beginning due to any mistake made by one or two people or a computer in general, and at the same time, the media is full of materials about MTR, airborne forces, marines, reconnaissance and special forces?

Indeed, with all due respect to the special forces or paratroopers (regardless of whether it is the Airborne Forces or the Marines), whose fighters are for the most part better prepared than the rest of the soldiers and officers, it is not particularly difficult to destroy the airborne troops or RDGs in their rear.

A motorized rifle company, with appropriate reinforcement, will “drive” an enemy reconnaissance group during any training of scouts. Just because the difference in weapons and equipment is enormous. And today the intelligence systems are such that it’s unlikely that intelligence officers will be able to sit in any caches. A reinforced regiment will throw the Marine Corps into the sea or destroy the airborne battalion in a fairly short time.

The 20 century was remembered for the fact that it was in this century that mankind first saw what a war of annihilation is. Classical wars associated with the seizure of territory or the change of political regime in a state are a thing of the past. Two world wars, and subsequent military conflicts, were primarily the destruction of the population of the participating countries. To understand this is quite simple. Look at the casualties among civilians and military personnel.

Third world is quite possible

The post-war period for a long time was “peaceful” simply because those who were personally affected by the war were alive and ruled by countries. Who saw and experienced all its “charms” and understood what could happen in the future if there were more advanced weapons and equipment.

But time is running out. A generation of great-great-grandchildren of those people has already been born. And the power passed to those for whom the Second World War is just история. Moreover, a story that can be easily turned and made quite beautiful and smooth. No horrors, shit and filth of war. That is what we see firsthand. Both here and in the West.

It’s hard not to pay attention to the fact that modern youth is ready to kill. She grew up on computer games and movies about Rambo and the like. Look at Ukraine, look at Syria. Look at Europe. They are ready to kill, but not ready to be killed. In the game they do not die.

Changing the ethnic composition of European countries, entering the legal political scene of nationalists, open fascists and other radicals is already a fact. What we see today in Europe is very reminiscent of the European society of the 30 of the last century. It seems to me that in years through 10-15 we will witness truly terrible events. And given that we are always the "enemy of Europe", most likely, we will become participants in these events.

This is the reason that most media materials, most topics at international forums, meetings and other platforms for discussion are connected with the real danger of another major war. With the danger of a sharp decrease in the population of planet Earth, and even the destruction of humanity as such.

But most media deliberately ignore a completely different concept of war, which is actively used today by the leading countries of the world.

The danger of a third world war does not provide an answer to the question that was posed at the beginning of this material. On the contrary, it pushes us to increase interest in global means of destruction. TO arms containment. To that armament and to those units and formations, the very existence of which “reassures” any aggressor.

Remember the cries of the Ukrainian military, which began only with the announcement of the decision of the Russian Defense Ministry to recreate the divisions in the western direction. Remember the panic in the Baltic States and Poland over the deployment of modern weapons in the Kaliningrad region. And the appearance of modern air defense and missile defense systems in Syria ...

War is just a continuation of diplomacy. And, accordingly, the "dead ends" in the negotiations of diplomats are always eliminated by the military. So, if we simplify international relations as much as possible, the modern world is arranged. And the interests of various states today extend only to neighboring countries, but also far from their own borders. Understanding of this fact led to the concept of limited war. And for such a war, airborne units and special forces are most suitable.

In general, the use of troops in combat operations has been practiced for a long time. True, in the form in which the airborne assault was originally conceived, namely, as a massive use of units and even formations to capture important strategic areas behind enemy lines, today it is impossible to use the assault force. Such an operation will be accompanied by huge losses, and the likelihood of its success is doubtful for the reasons that I mentioned at the beginning of the material.

Today, landing is used to solve local, tactical problems. DRG or paratrooper units suddenly land in any area, destroy enemy targets or personnel and return to base even before the enemy’s reaction appears.

Memories are always different from reality. Perhaps this is the structure of human memory. Even participants in events over the years recall the past in different ways. We believe scientists, historians, eyewitnesses, analysts, experts. We “recall” the reality already lacquered by all these people (more often than not).

This then went the columns of motorized rifles, tankers, sappers and other military people. It was then that these units and formations established control and conducted active hostilities against the Mujahideen. It was then that Soviet soldiers and officers showed miracles of heroism, won, died in battles on the territory of the DRA. But the first were the paratroopers.

But there were other soldiers and officers that even many Afghans know little about. These are special forces units of the GRU of the USSR. I’m not afraid to call Afghanistan the first combat baptism of units of the GRU Special Forces.

Remember how much material has been written about the assault on Amin’s palace. There is probably no person who does not know that the KGB special forces units “Thunder” and “Zenith” stormed the dictator’s palace (these groups worked inside the Taj Beck Palace).

And against this background, very little is known about the “Muslim battalion” of the GRU, which also participated in this operation. True, it was difficult to distinguish between Soviet and Afghan soldiers during the assault. Major Khalbaev’s fighters were not only outwardly Afghans (special selection), but they were also dressed in Afghan uniforms. Yes, and Chirchik tan differs little from Kabul.

The first company of the Special Forces, which was introduced into the 40 army, was the “Kabul company” as part of the 4 intelligence and communications groups. The company was introduced to the DRA in February 1980. It was this company that became the source of invaluable experience for the special forces. And it was this company that pushed the Soviet command to the decision to strengthen special forces in Afghanistan.

Then there were two battalions of GRU special forces, which many had only heard of. But the participants in that war, especially those who often visited the Tashkurgan-Puli-Khumri highway or in the Panjshir Gorge, saw them. They were then called simply separate SMEs. The 1 motorized security forces controlled the route to Puli-Khumri, and the 2 was stationed in the gorge.

Later, in March of the 1985 of the year, the motorized infantry brigades joined the 2-x brigades of the Special Forces of the GRU (15-I - KTurkVO and 22-I - SAVO). In total, on the territory of Afghanistan in the 1985 year there were 8 battalions of Special Forces. The total number of RDGs that could be formed simultaneously reached 80.

There was another company that had army subordination, 897 ORR. She formally was not part of GRU divisions, but acted in close contact with GRU detachments. The fighters of this particular company were the very specialists who controlled the specials. equipment "Realia-U" and attached to perform combat missions.

We often talk about reconnaissance fighters. However, most of the operations carried out by regular SP groups were simply not possible without reinforcement. And these are sappers, radio operators, grenade launchers, flame throwers, “Flame” calculations (AGS-17). Even reconnaissance units and reconnaissance groups are sometimes composed of companies. And there was artillery, aviationtank crews.

In principle, you can remember a lot. I deliberately limited myself to a story about Afghanistan. Although the use of paratroopers and reconnaissance in the Caucasus during the 1 and 2 th Chechen wars, in the operation to force peace in Georgia in 2008 was no less. And as always, units and subunits of the airborne forces, marines and reconnaissance went ahead. At the forefront of attack.

The concept of a limited war, a local war, in a limited territory is used quite actively today. Until recently, such a war gave some countries the opportunity to influence world politics almost everywhere. The United States and NATO accomplished their tasks precisely by force. They overthrew governments, destroyed states, seized territories. It was simply impossible to resist the military machine of NATO or the United States.

But today there are countries that can do this. Moreover, as it turned out, these are not only the “giants” of world politics like China or Russia, but also some other countries that managed to grow their teeth and fists during the “reign” of the Americans. And the DPRK example showed the world that even without a superweapon, you can successfully put in place the same Americans. Today, the prestige of service in intelligence, in special forces, in the MTR, in the rapid reaction units has grown in all the armies of the world.

The love of our people for the soldiers of the MTR, for the special forces, for the airborne forces, for the marine corps, as, indeed, for the army in general, arose not just like that. This is love for the winners, for the heroes. We are genetically imprisoned for victory. Trite, but the slogan “Victory or death” is about us, about Russians of all nationalities. And intelligence, no matter what kind or type of aircraft it is, it is always the first. Always the most. That is why there are more than 700 Heroes of the Soviet Union and Russia in the ranks of GRU scouts!

Happy holiday, scouts, commandos and all those who at least once performed such tasks during their service!