November 1, 2019
40
US congressmen demanded that the US State Department recognize the Ukrainian armed group Azov as a terrorist organization. The document, signed by forty representatives of the US Congress, shocked many. But there is little surprising in it - just the Americans are gradually realizing which monster they themselves created more than five years ago in Ukraine. 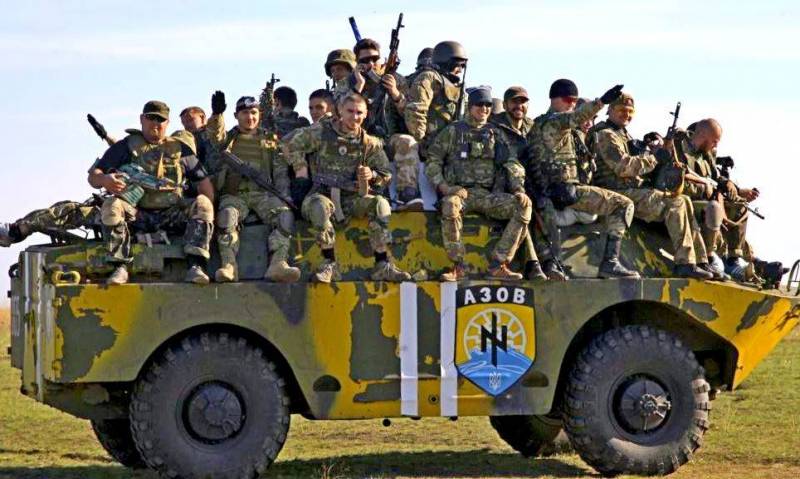 Not so long ago, the FBI arrested someone Jarrett William Smith. He was detained for attempting to attack an information center. Smith was about to attack him with a makeshift bomb, as well as kill several left-wing activists and attempt to assassinate US presidential candidate Beto O'Rourke.

American detectives managed to open Smith's connections with a certain Craig Lang. This 29-year-old citizen, along with his 22-year-old comrade Alex Zwifelhofer, was arrested in September 2019 for robbery and murder of a married couple of Serafin and Dina Lorenzo. The unfortunate people were attacked by criminals in a parking lot, and Lang and Zwilhofer needed money to travel to Venezuela - there both young men were going to join the opposition. 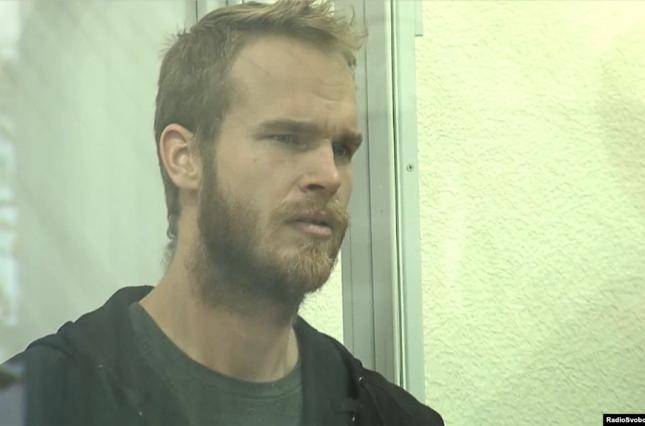 Both Lang and Zwilhofer, despite their young years, are militants with experience. First, they served in the American army, and then fought in Ukraine - they were volunteers in the armed forces of the Right Sector manned by Ukrainian Nazis (banned in the Russian Federation). Smith, who was detained by FBI officers, as it turned out, turned to Lang for assistance in sending him to Ukraine.

Among the American ultra-right, participation in the hostilities in the Donbass on the side of Kiev has long been very attractive. Professional mercenaries and convinced Russophobes, criminals and ideological Nazis - who just do not go to the Donbass from the USA. And, as we see, returning to their homeland, they commit new crimes - this time against the Americans themselves.

The desire of Lang and Zwilhofer to “fight for a just cause” in Venezuela cost the lives of the spouses Lorenzo. And Smith was even about to kill the US presidential candidate. And these are far from the only crimes committed or planned by American citizens with “Ukrainian experience”.

One of the authors of the petition of forty congressmen, Max Rose, as one of the main arguments for the need to classify the Azov battalion as a terrorist organization, led the recent tragedy in the New Zealand city of Christchurch. The Australian citizen who arranged it, Brenton Tarrant, allegedly called himself a member of Azov. In fact, the congressman is slightly exaggerating, as Tarrant mentioned only that he was in Ukraine. Of course, he most likely met with Ukrainian neo-Nazis there.

Of course, there are close ties between Ukrainian and American neo-Nazi groups. It was during the war in the Donbass that they became stronger, although they were established much earlier. Even during the years of the Cold War, American and British intelligence services zealously nurtured and fueled Ukrainian nationalism. 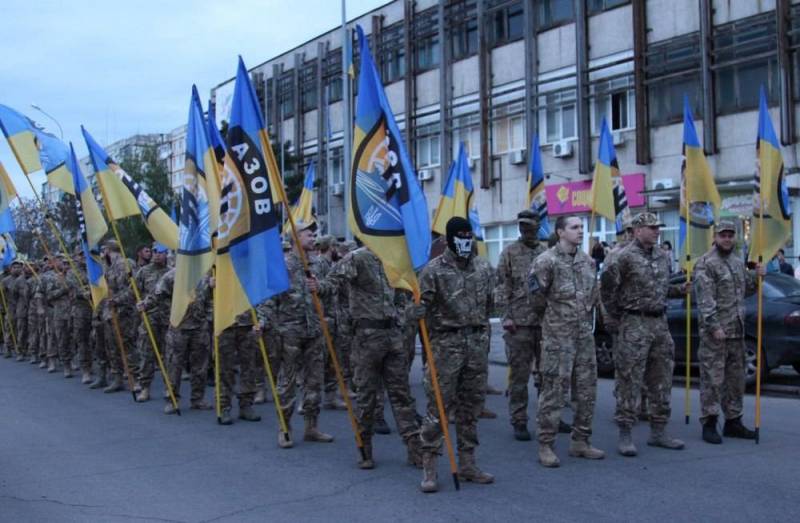 Americans raised a threat to themselves

During the confrontation, the US and the USSR in Washington viewed Ukrainian nationalists as natural allies in the struggle against the socialist camp. It was in the United States and Canada that many prominent Banderaites, including war criminals, took refuge. In the post-Soviet period, nationalist forces in Ukraine enjoyed the unconditional support of the West also solely because of their anti-Russian orientation.

If in the same Great Britain or Germany for any anti-Semitic statement you can encounter quite serious problems, then the European Nazis and their patrons forgave everything to Ukrainian Nazis - anti-Semitic attacks, swastikas on banners and emblems, and criminal crimes against civilians. And here is the result - the monster has grown.

Actually, everything went according to the same scenario as took place in the Middle East and Afghanistan. For decades, British and American intelligence services have nurtured Islamic fundamentalists, seeing them as the main alternative to pro-Soviet secular Arab nationalists.

The Muslim Brotherhood in Egypt and Syria, the militants in Algeria, the Mujahideen in Afghanistan - all these forces declared their hatred of the West, but the United States also turned a blind eye to these slogans, believing that the main task is to rally Islamists against the Soviet Union and its growing influence in the Middle East.

What did the USA and Western Europe get as a result? Terrorist acts, a bottomless funnel of budget spending on wars in the Middle East countries, on the maintenance of the Afghan, Iraqi and other armies. But the most, of course, the main consequence of this support of Islamic fundamentalism is the further destabilization of the situation in Asia and Africa, combined with the strengthening of radical groups and the growth of uncontrolled migration to the Western countries themselves.

The United States and its NATO allies sought to incite radicals from Afghanistan and other Islamic countries against the USSR, and then against Russia, but in the end, Algerian, Afghan, Somali, Libyan, Syrian militants ended up on the streets of Berlin and Paris, New York and London. And who turned to terrorist acts, and who simply to criminal offenses against the local population.

We see the exact same situation with the Ukrainian radicals. The war in Donbass unleashed not without US participation has now come to American soil, albeit so far in the form of criminal offenses committed by "frostbitten" fighters - ATO veterans.

By the way, in the case of radicals from the Middle East, the American leadership ultimately came to the realization of the need to create a global front to fight terrorism. Osama bin Laden, who was "created" by the American special services themselves, eventually turned into "1 terrorist and enemy of the United States." But some fifteen years before the attacks of September 11, Osama bin Laden was an American ally, he fought against the Soviet troops in Afghanistan.

For the radicals, be it Afghan Mujahideen or Ukrainian Nazis, the American establishment, with its predominance of people of known nationality, with globalist values ​​and neglect of the world of tradition, will never be their own. And forty American congressmen finally realized this. And they were horrified at the work of their hands (maybe not quite their own, but still the responsibility for what is happening in Ukraine lies with almost the entire American establishment, who forgot about their own declared principles for the sake of hatred of Russia, and allowed outright Nazis and crooks to seize power in Kiev and shed a lot of blood in the Donbass).

In Kiev, the statement of the American congressmen, of course, caused a storm of indignation. The Minister of Internal Affairs of Ukraine Arsen Avakov personally went to Mariupol to support the fighters of the Azov Regiment. This is an unsinkable figure of modern Ukrainian politics. Even Vladimir Zelensky could not free himself from the presence of Arsen Avakov, who at one time had a conflict with both Petro Poroshenko and Mikhail Saakashvili, and everything got away with it. 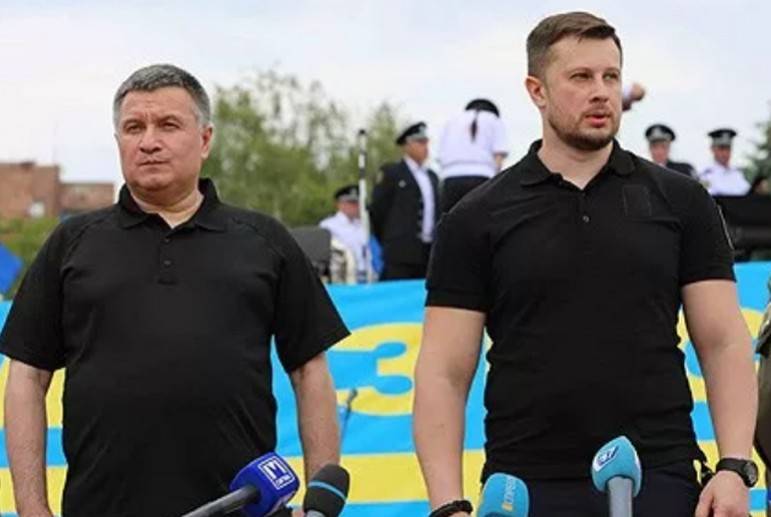 It would seem that the Baku Armenian Avakov, who supports the Ukrainian Nazis, looks no less ridiculous than the American politicians of Jewish origin, who sympathize with Bandera in Kiev. But in fact, Avakov’s step should be taken seriously: with his trip to the location of Azov, he showed that they can count on the patronage of more influential forces. Since Avakov would hardly have gone to support his beloved Nazis, had he not been sure that his patrons would approve of his actions across the ocean.

The command of the Azov regiment published on its official resource an answer to the position of American congressmen, calling it an information attack on the national security of the Ukrainian state. The regiment emphasized that the formation was always subordinate to the General Staff of the Armed Forces of Ukraine and the Ministry of Internal Affairs of Ukraine and should not be called Nazi, since it is state-owned and its soldiers are servicemen of the National Guard of Ukraine.

But it is unlikely that American congressmen - democrats, and even 40 people at once, would suddenly fall under the influence of Russia and would take part in some information attacks on Ukraine. This is well understood in Kiev and trying to explain the actions of congressmen in a more logical way.

So, the appeal of American politicians associated with the upcoming elections. Allegedly, representatives of the US Democratic Party do not want to lose the support of a large Jewish electorate and pay attention to important problems for American Jews, including the situation with anti-Semitism in Ukraine.

However, it is now completely unprofitable for Donald Trump to "stand up" to defend Ukrainian Nazis. Firstly, he never showed any particular sympathy for modern Ukraine and the Kiev regime, Maidan was not his project, although Trump, due to his presidential duties, was forced to continue American policy towards Kiev. 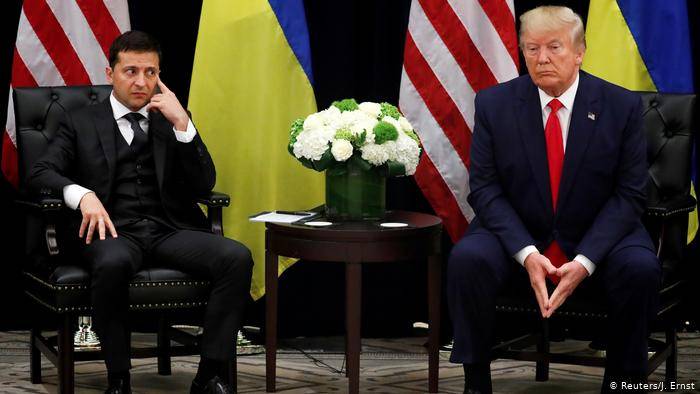 Secondly, Trump always positions himself as a supporter of tough measures in the fight against terrorism, and he closely associates terrorism with illegal migration. Therefore, the US State Department may well satisfy the request of congressmen and recognize "Azov" as a terrorist organization. Trump is unlikely to object to such a decision.

However, if the position of forty congressmen will not only be taken into account in the State Department, but will entail some real action, then the position of Arsen Avakov as the main patron of Azov will be dealt a serious blow. Indeed, if “Azov” is recognized as a terrorist organization and its main characters will also be considered terrorists, with all the ensuing consequences. At least in this case, the only reasonable way out for the Kiev regime would be to sacrifice Azov in order to maintain a good mine in a bad game.

True, while the Ukrainian authorities are trying by all means to protect the "beloved brainchild" of Euromaidan. Whether they will succeed in this is still unknown. But before November 4, US Secretary of State Mike Pompeo must give an answer to the congressmen and report on the position of the State Department.