October 31 2019
67
Small missile ship Odintsovo (formerly Flurry) will replenish the Baltic fleet, not North, as previously planned. This is reported by "Izvestia" with reference to the Ministry of Defense. 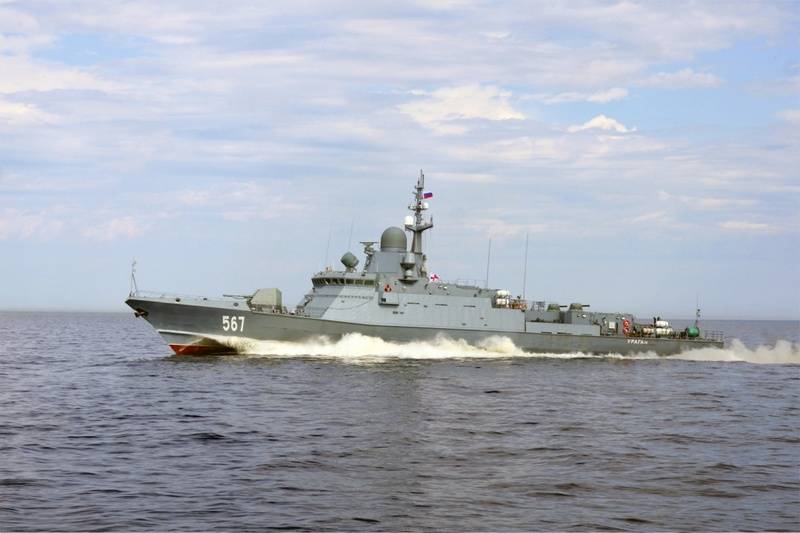 According to the publication, Odintsovo’s RTO will replenish the Baltic Fleet next year by joining the 1th Guards Division of the 36 Red Banner Order of Nakhimov of the 1st degree missile boat brigade, which is located at the naval base in Baltiysk, where RTOs are already serving Mytishchi and Sovetsk. Thus, the military department said that a missile fist of three Karakurts would be created as part of the Baltic Fleet, capable of controlling not only a significant part of the Baltic Sea, but also threatening NATO's military infrastructure in the depths of Europe. Previously, Odintsovo RTOs were planned to be included in the Northern Fleet.

RTO "Odintsovo" (laid down as "Flurry") - the third in a series and second serial ship of the 22800 Karakurt project, being built at the Pella Shipyard in the interests of the Russian Navy. At the same time, Odintsovo is the first serial Karakurt, on which the Pantsir-M anti-aircraft missile-gun complex (SAM) is installed. No Pantsir-M air defense missile systems were installed on the main Mytishchi missile system and the first serial Sovetsk air defense missile system; they use 30-mm AK-630 artillery mounts.

He will be able not only to defend himself against blows aviation and missiles of a potential enemy, but also cover up the other two “Karakurt”. The appearance of Odintsovo as part of the Baltic Fleet will seriously expand the capabilities of RTOs, allowing them to operate autonomously without fear of enemy aircraft
- declared in the Ministry of Defense.