In India, they told how they will combine AK-203 and Sig Sauer in the armed forces

October 30 2019
22
The Indian military command reports how the armed forces are going to combine a new rifle weapon various manufacturers. We are talking about Russian AK-203 assault rifles, which, under the contract, will be produced at an Indian-Russian enterprise in India, as well as American-made Sig Sauer modular assault rifles. 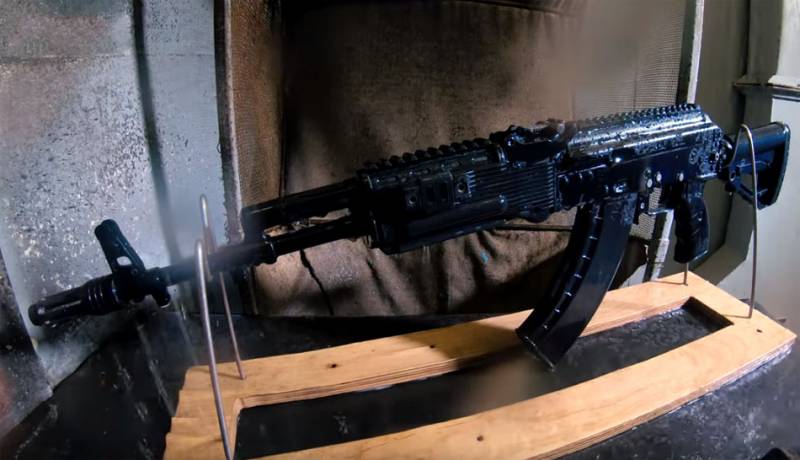 According to recent reports, the installation batch of American assault rifles should arrive in India in December this year. In total, India and the United States have signed a contract to supply thousands of the mentioned assault rifles for the needs of the Indian army 72,4. The total value of this contract is approximately 70 million dollars. Thus, it is possible to calculate the approximate cost of one American Sig Sauer assault rifle, delivered to India - about 970 dollars.

It is noted that this is not about the rifles themselves, but about a set of parts for them. After the arrival of parts, the Sig Sauer rifles will be assembled at Indian facilities, which, accordingly, will increase the final cost of the weapon. Indian experts note that the price increase will be about a third of the amount that is paid to the Americans. In other words, the total cost of Sig Sauer after assembly in India is about 1,3 thousand dollars per unit. This is what is called an "empty" option.

Contact with Russia involves the production of 7,5 thousand Kalashnikov assault rifles (AK-203 caliber 7,62x39 mm). The price has not yet been officially announced.

The Indian command notes that Sig Sauer assault rifles will be supplied primarily to those units that are located in border areas.

The Indian press quotes Lieutenant General Dipendra Singh Hood, who previously commanded the northern Indian forces:
There is an urgent need for long-range rifles for troops deployed at borders or in areas suffering from militants. With INSAS machines there were such problems as misfires, and in general they can hardly be called reliable. And the soldier’s confidence in his weapons is of paramount importance.

It is noted that the AK-203 assault rifles will be armed with military personnel of units located "inside the country" - quite far from the borders.

We add that the INSAS line of small arms in the Indian army has been used since 1998 of the year. Since some time, India has ceased to arrange the caliber of 5,56 mm machines. It was decided to switch to a larger caliber under the loud slogan: "If you shoot at the enemy, he must be killed, and not temporarily disabled."