Modern taxes and “Trotsky’s scissors”. Who got under the blades?

Do not look at the price tags, comrades Bolsheviks

In the second half of the 1923 of the year, already at the exit from the NEP, a glaring imbalance in prices between agricultural and industrial products occurred in the Soviet economy rising from its knees. Products of factories and factories, the prices of which at that time were usually converted to pounds of wheat, began to cost much more than before the World War II. At the same time, product quality has become much lower. 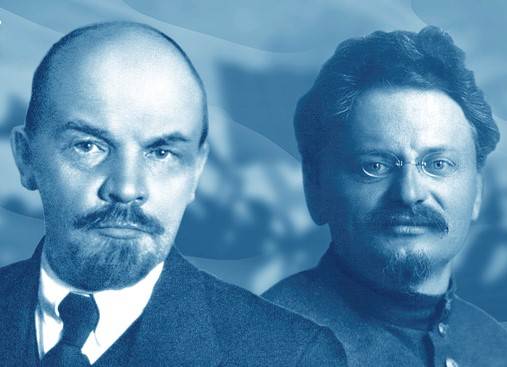 The industrial price index then reached 276 percent compared to the 1913 year, while prices for agricultural products remained at the level of 85-90 percent. The People’s Commissariat of War and the Leader of the Republican Revolutionary Military Council of the Republic, Lev Trotsky, who, by the direct instructions of Lenin, who was already seriously ill, had to be transferred to the economy, beautifully called this “price scissors”.

A brilliant polemicist and orator, but not the best analyst, Trotsky justified the phenomenon itself by the need to support the revolutionary industrial proletariat and "shred" the exploiting fists. However, due to the fact that the peasants practically curtailed the sale of grain, putting the city on the brink of hunger, the government then took considerable efforts to change the situation.

Costs in the industrial sector were minimized by optimizing production, reducing staff, tightening control over the level of wages, and also by reducing the role of traders and intermediaries. The peasants were supported mainly by the ruble, paying for the state supply of grain directly, again bypassing intermediaries. Price indices soon converged noticeably: up to 131 percent in industry and 92 in rural areas. 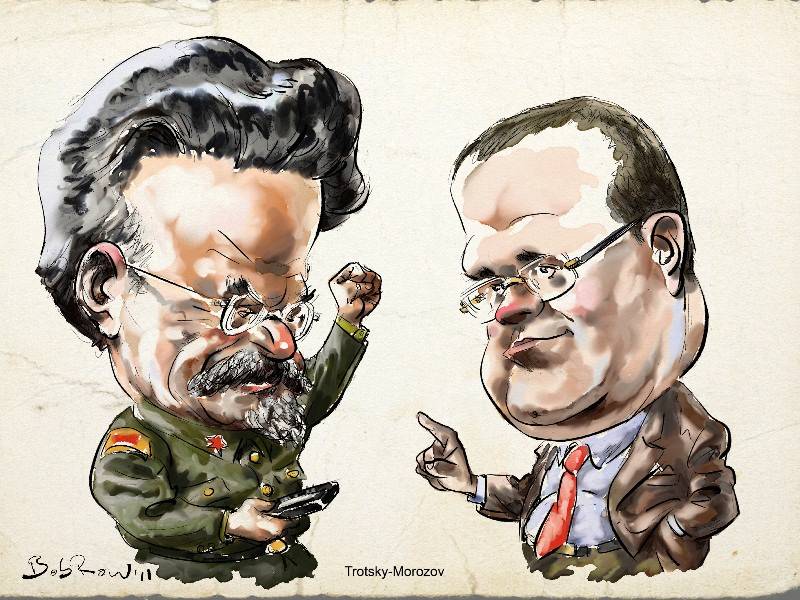 In modern Russia, something like “Trotsky’s scissors” has been observed for many years in taxing the commodity and non-commodity sectors of the economy. And this is largely due to the fact that we have long been accustomed to search for fiscal authorities not where it is more, but where it is lighter. But this in Soviet times, the inequality in taxes and customs duties could be explained by the need to tighten the lagging republics and regions, entire industries.

Now everything seems to be left to the market. However, the "laggards" did not disappear, they, perhaps, only become more, of course, from among those who managed to survive at all. So, in the last three to four years, they regularly tell us that the agricultural sector has “pulled”. It is clear that this is due to sanctions and counter-sanctions, and even then it affected only large-scale enterprises, which received support at the top. 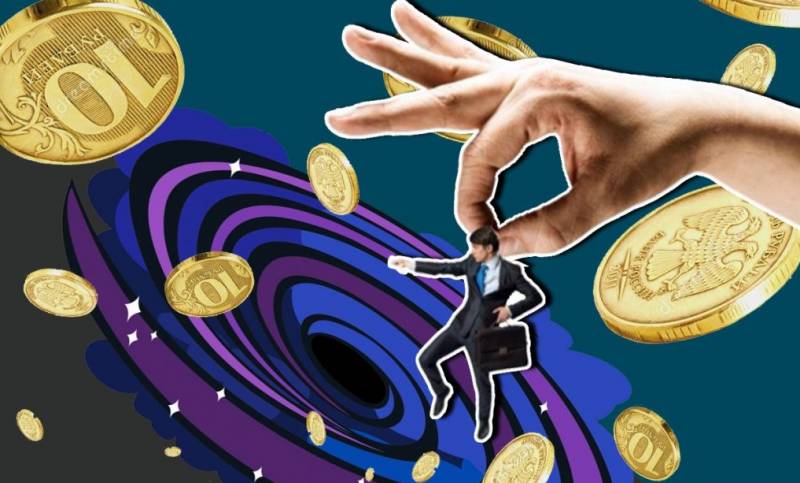 The same farmers in our country are not only supported very selectively, but they are also peeled off like sticky sticks, instead of being subsidized to the maximum. This is the real “locomotive of the economy”, no longer potential, but quite real. Meanwhile, in terms of the scale of state investments in the agricultural sector, we are ten times inferior to countries such as Germany, France, the USA and Canada, and even less so to China and India.

But it is important not only and not so much this lag in itself - Russia does not even choose a quarter of the quota of subsidies to the agricultural sector that is allowed to it in accordance with strict WTO rules.

With industrial enterprises, everything is also not easy. If you manage to export anything, they will return the VAT. Everything else will not go anywhere, including the fiscal taxation of literally every chain in the production of a particular product. In the end, the finished product often becomes simply “gold”, and producing in Russia is not even more profitable than semi-finished products, but all that is simpler.

Another thing - countless assembly, screwdriver production. They survive, and sometimes flourish, again largely due to the characteristics of our tax system. And also thanks to cheap labor.

Somewhere in the St. Petersburg industrial zone “Parnas” or on the border of the Kaluga region they will make, rivet and even weld any world-class products, from luxurious limousines to children's furniture. Of the finished components, for which you do not even have to pay customs duties. What’s called, there would be a demand, although with us now, things are not going well either.

And in general, it is understandable that you can’t hide the entire collective farm fields, factory or factory, if you wish, entirely in offshore. Here are different holdings and management structures - it’s as easy as shelling pears on which “effective managers” profit.

And with the workers, everything is quite simple - hire migrant workers from the Central Asian republics who will meekly unfasten half the salary upstairs - for the very fact of employment. And our potential hard workers from the hinterland, at best, will settle down somewhere in the guard, considering it a good fortune to watch TV shows in the “day in three” mode, having a salary of 30-35 thousand at the best.

However, in addition to stating facts that are not at all encouraging, the trend is important to us, or, as it is fashionable to say now, the trend. And the trend indicates that under the crack of mass media that Russia needs to get off the oil needle, the tax burden on the commodity sector, if it is growing, is by no means as strong and fast as on a non-commodity one.

It is clear that when they consider taxes in Russia, the account goes to rubles, not dollars. In ruble terms, the relative decline in oil prices is not felt so much compared to dollar calculations. Nevertheless, in the years that Russia has been living under Western sanctions, the non-primary sector began to pay about twice as much to the treasury, while the tax burden for raw materials, according to HSE estimates, increased only by 60-70 percent.

The data that was recently released by specialists of the Institute of Growth Economics named after P.A. Stolypin is also not encouraging: over the past ten years, the amount of taxes paid for each enterprise, excluding insurance premiums in the non-primary sector, has grown 2,65 times, in the commodity sector - only 2,2 times.

Not so long ago, examining the structure of Russian exports, specialists of the Russian Economic University named after G.V. Plekhanov noticed that the oil and gas sector lost the lead to the service sector. That is, including trade, which primarily testifies to the successful expansion into the CIS countries, former union republics and states that were once part of CMEA, as well as third world countries.

It would seem that here is another “locomotive of the economy”. Support! So no, it was precisely on trade that the Russian tax officials decided to go hardened iron. Fiscal fees in the field of trade increased over the same ten years, that is, since the crisis of 2008-2009, four times. It is clear that the most significant breakthrough came in the years of sanctions, and in this connection it also becomes clear why consumer demand has fallen so much in recent years in Russia.

Is it any wonder that in the period under review the number of trading enterprises in the country has decreased so much? They became almost a third less, although in general the non-primary sector of the economy suffered not so significant losses - only 12%.

And after all, not only in the media, but also in the government, all this time we were told about the need to reduce Russia's dependence on oil and gas exports. In fact, the specialists of REU named after G.V. Plekhanov is estimated by the current share of the primary sector in the structure of national GDP in 15,4%, while two years ago it was 12,9%. Again, do not forget that the calculations were carried out in rubles, and not in euros and dollars, which with an unstable exchange rate of the national currency can even slightly embellish the picture.

The data given by reputable experts speak only about one thing: the appetites of oilmen, gas workers, and even the oil refining sector can very well be “trimmed,” like Trotsky’s. On the agenda is tight regulation of gasoline prices, which can reduce the cost of production of the non-oil sector no worse than lowering wages or switching to envelope payments. 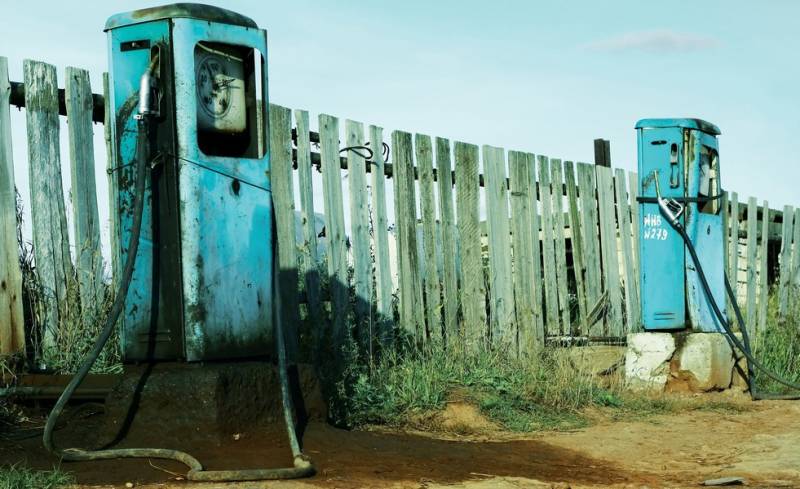 As you can see, the trend of abandoning oil dependence has not yet become a trend. Worse, for the sake of stimulating the development of hard-to-reach reserves, we are now talking about another portion of benefits for oil and gas companies. It is unlikely that anyone doubts that the possible loss of the budget from this will have to be compensated for by the non-oil business.

Meanwhile, in no case should one underestimate the growth potential of the gross product that companies that are not directly related to the extraction and processing of mineral resources can bring. Just do not push them into offshore and bring them under the tax guillotine, when literally every step towards a deeper redistribution results in disparate fiscal rates.

Moreover, in the current conditions, when the Central Bank has finally moved towards a consistent reduction in lending rates, first of all, its own key one, there is a danger of substituting a non-resource sector for scissors of a different kind. A credit resource for business has become more affordable and cheaper, but when more and more free funds are spent on fiscal fees, they can be returned to circulation again only through lending.

It will not cash in on the real sector, but primarily the financial one, that is, banks and structures that have joined them. But there are big doubts that financiers will be able to manage profits with greater effect than those who know the real production. Non-raw, of course.