Do we need a military base in the Central African Republic

October 29 2019
29
Sochi hosted the Russia-Africa Summit. It is clear that in a rapidly changing world, Russia seeks to extend its influence to the “black continent”. This is caused not only by the desire to get allies in Africa, but also by the strategy of the overall development of Russian foreign policy. We are slowly, but with enviable tenacity, returning to the role of one of the leading countries in the world.

Naturally, many countries do not like such actions of the recently “defeated” Russia. Voluntarily lose their influence in any part of the world no one will agree. This is precisely the reason for the many conflicts "under the carpet" at international meetings of foreign ministers and summits of heads of state. Particular attention is focused today on Africa. More precisely, to those states where stable state entities have not yet been created and where it is possible to gain control over resources with minimal investment.

Will the military base of the Russian Federation appear in the Central African Republic soon?

Today, many foreign media, and ours too, are discussing a statement by the President of the Central African Republic, Fosten-Arkange Tuader, about the possibility of a full-fledged military base of the Russian Federation appearing in his country. According to him, the issue is already being discussed at the highest level. However, the press secretary of the Russian president, Dmitry Peskov, denied this information in one word: "No."

So will or will not be a Russian military base in the Central African Republic? And why is President Tuader so blunt about its creation? Agree, at such a level it is not customary to talk about a base without any reason. So what, in fact, is the matter?

What is the CARs today? A landlocked state in Central Africa. Populated by numerous tribes. The total population is approximately 5 million people. More than half of the population is illiterate. One in ten suffers from AIDS. Moreover, the CAR is also one of the poorest countries in the world! GDP per capita is less than 500 $.

Duty "financial analysts", of course, immediately raise the rather serious natural resources of the CARs to the shield. Indeed, diamonds, oil, uranium, possibly gold, are there. But getting them is extremely difficult and dangerous due to the ongoing civil war. And the mining itself in this area of ​​Central Africa is quite expensive.

Talk about a Russian military base in the Central African Republic has been going on for a long time. Local politicians at different levels have repeatedly probed this issue at various meetings and even during private visits. However, they did not receive a definite answer. By the way, I will return to Peskov’s answer: at the last summit, everything was exactly the same as during previous meetings. “We will think,” and that’s it. 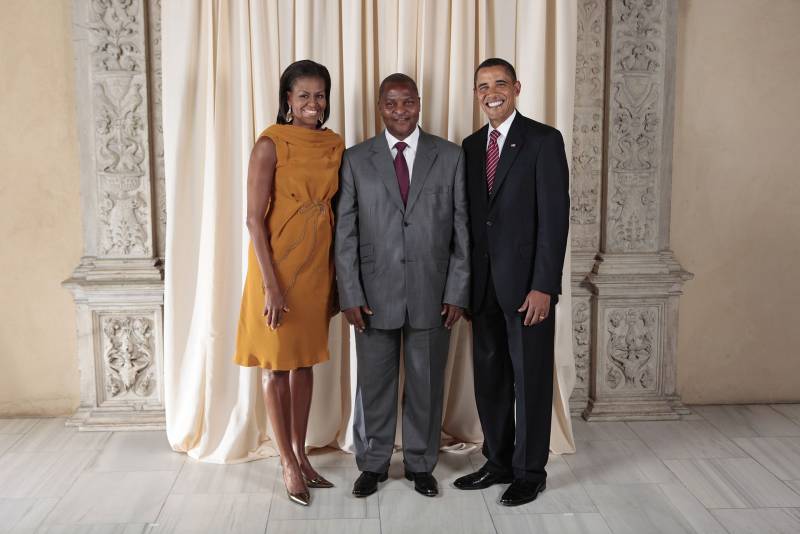 Do we need a military base in Bangui?

In my opinion, the creation of a military base in the Central African Republic is impractical. First, for what purpose should it be created? I do not mean the goals of the CAR itself. Everything is clear there. At the beginning of the 2018 year, President Tuader received a special forces unit of Russia for his own protection and still feels great. The army of the Central African Republic rearm weapons. Military specialists work in all parts and train local soldiers and officers in modern warfare tactics.

What benefits do we get from creating a base? Landlocked military base. So, the delivery of goods only by air. Territory control? For this, there is absolutely no need for an expensive base. It is enough to train the local military and control their actions with the help of military advisers and specialists.

Establishing control over mining sites? But, as I wrote above, the cost of mining these minerals is quite high. And our own reserves allow us to exist due to their development for a long time. Even in the case of full control over the production of the same diamonds, and for the maximum time they have been mined for these minerals, they have been mined at 62 million dollars per year, the costs will not pay off.

Secondly, where can we locate the base? In the savannah in the northeast or in the jungle in the southwest? Imagine the cost of building conventional roads for the delivery of goods? Rivers in this part of Africa are not navigable. These are more likely enemies than friends. Small, rapids and with a decent course. The whole plateau, and the CAR is just a wavy plateau, is simply strewn with “fragments” of mountains, which will also need to be removed.

And the third: the environment of the CAR. Sudan in the northeast, South Sudan in the east, DR Congo in the south, Chad in the north and Cameroon in the west. Which of these states interests us? Unless Cameroon with its access to the Gulf of Guinea and the possibility of creating there a naval base. 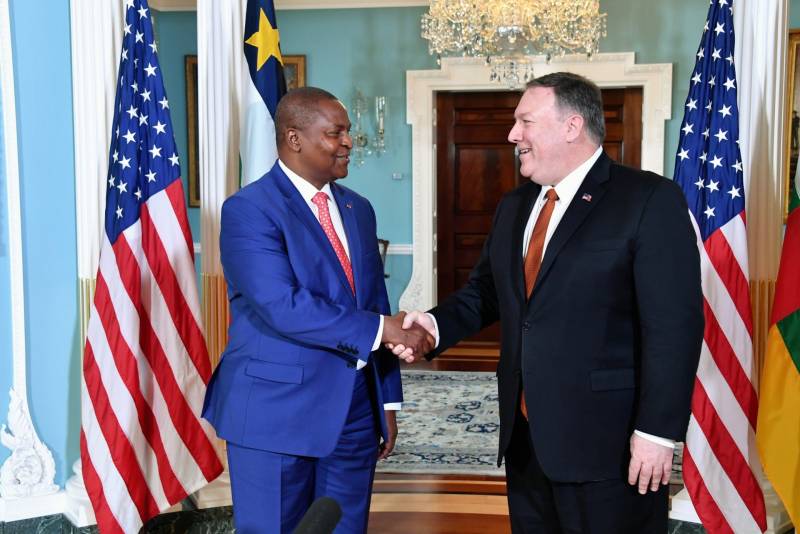 The necessary sufficiency of military presence

True, the small number of army units, and President Tuader’s reluctance to expand and deploy them throughout the country, makes it possible for armed groups of bandits to feel quite comfortable on the outskirts of the state. Touadera is afraid to send her own army units far from the capital.

In these games, CAR politicians played with the "hated French colonialists." Let me remind you that in September 1979 during the operation "Barracuda" it was the French paratroopers who overthrew the dictator, the emperor from the 1976, Jean-Bedel Bokassu (Bokassu I). The operation of the French paratroopers was then carried out simply masterly, which made it possible to do without blood. And where is the guarantee that participation in the civil war in the Central African Republic will take place bloodlessly for Russian paratroopers?

It seems to me that today it is enough for us in the Central African Republic to indicate our presence. On the scale that exist today. Spending money on building a military base without specific tasks is not necessary. Stability in the country, especially on the African continent, cannot be achieved without the participation of local military units. So it is necessary to engage in their formation.