Figures of soldiers from the Army Museum in Paris

This reduced, reduced world. It just so happened that people from planet Earth at all times tried for some reason to make copies of themselves, both enlarged and reduced in size, and, of course, they also made figures one-to-one tall, or even quite gigantic . Large figures and those that were the size of a living person were used for worship and as monuments, but why were small figures needed? As amulets? Yes, of course, and ethnographers confirm this. But they also tell us that these figures, sometimes made of twigs, straw and clay, children of various primitive peoples used and are using today as toys. Obviously, in the past there were dolls that were played by both children of the nobility and children of the poor, only they were arranged differently. In addition, the same Egyptian pharaohs were put into the tombs of entire detachments of miniature warriors in full armor. In the afterlife, by the will of the gods, they were to come to life and, as before, serve their master! Well, later such figures turned into “soldiers”, well known to us today. 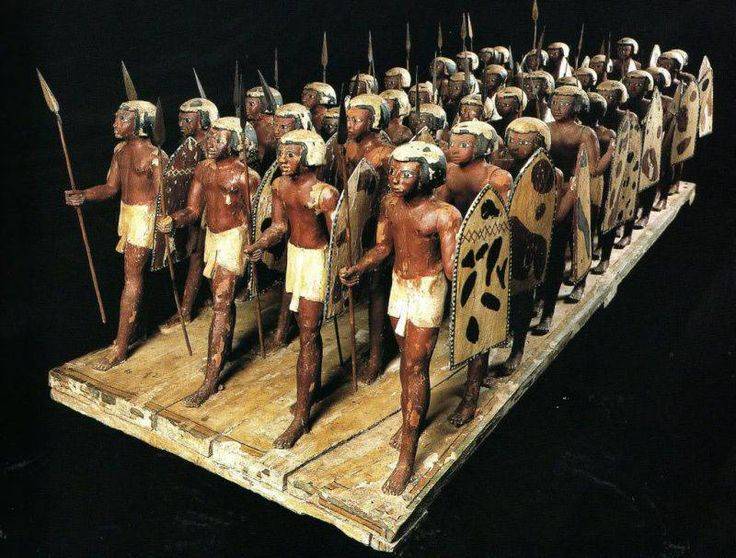 Not so long ago, very interesting two articles by historian E. Vashchenko on soldiers - warriors of the past. In my opinion, these are the best materials on this subject among all that I have ever read. However, this topic is so vast and truly inexhaustible that it is quite possible to supplement it. In particular, regarding stories the "soldiers" themselves, and besides this, information about the prospects for this type of creativity, whether it be the hand-made production of these figures or a business that someone put on stream. But first, let's get a little more detailed look at their history and the collection of soldiers presented at the Paris Army Museum. By golly, those who are fascinated by all this, must necessarily come here and get to know her, because she ... well, she’s just extremely interesting in every way. 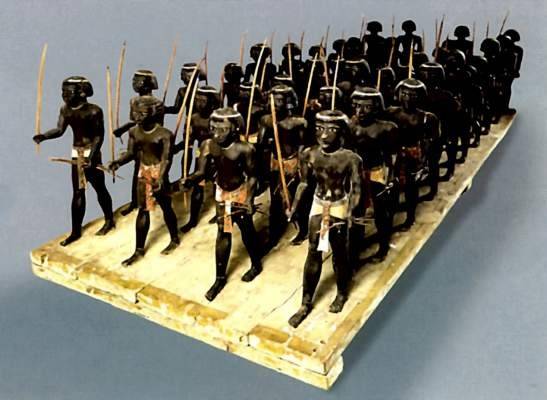 So let's start with the story. It turns out that the start of mass production of fairly cheap figures of tin soldiers that could be played is connected with the name of a very specific person, namely, the German master Joachim Gottfried Hilpert from the city of Nuremberg. He was born in 1732 in a family of casters living in the city of Coburg. In 1760, Hilpert was already an independent master and continued the family business together with his brother Johann Georg, and later his son Wolfgang. 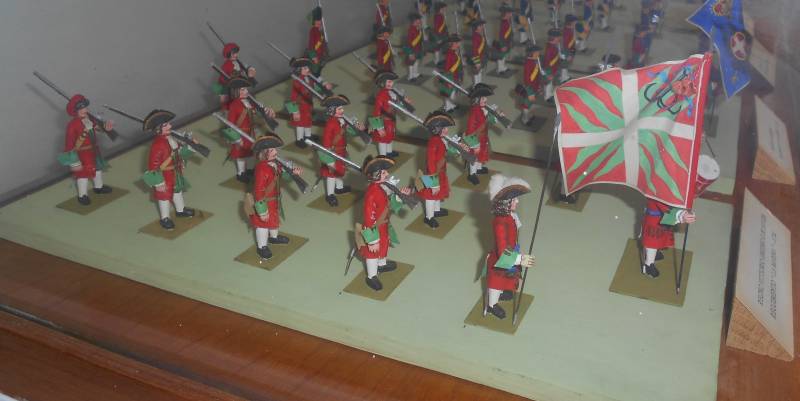 But such figures of soldiers of the XVIII century. exhibited at the Maritime Museum in Venice

At that time, it was fashionable to put portrait medallions with profiles or portraits of various European celebrities on the table or mantelpiece. These could be emperors and kings, great enlighteners, and artists, generals and people of the church. These medallions were cast from tin in forms engraved on slate plates, then soldered to tin coasters and painted with multi-colored enamel paints. However, the market demanded to keep up to date. Then, along with the famous natural scientist Alexander Humbolt Iohim, he created a series of figures of various exotic animals, followed by the characters of folk tales, as well as sets with scenes of hunting and holidays. Although all of them were flat, like his previous medallions, they were distinguished by stunning detail on both sides of each figure. 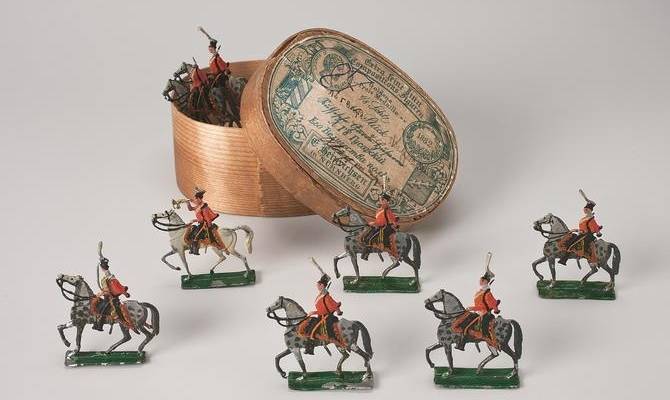 Nuremberg soldiers were sold in such wooden boxes.

And then the Hilperts began making flat soldiers. The fact is that King Frederick II at that time was very popular and people wanted to join his military successes, at least ... placing figures of his grenadiers on their table! There were also benefits in saving material. The medallions required a lot of metal, and these figures were very thin, only about 1 mm thick, and 2-3 inches high. At the same time, they were beautifully designed and painted. 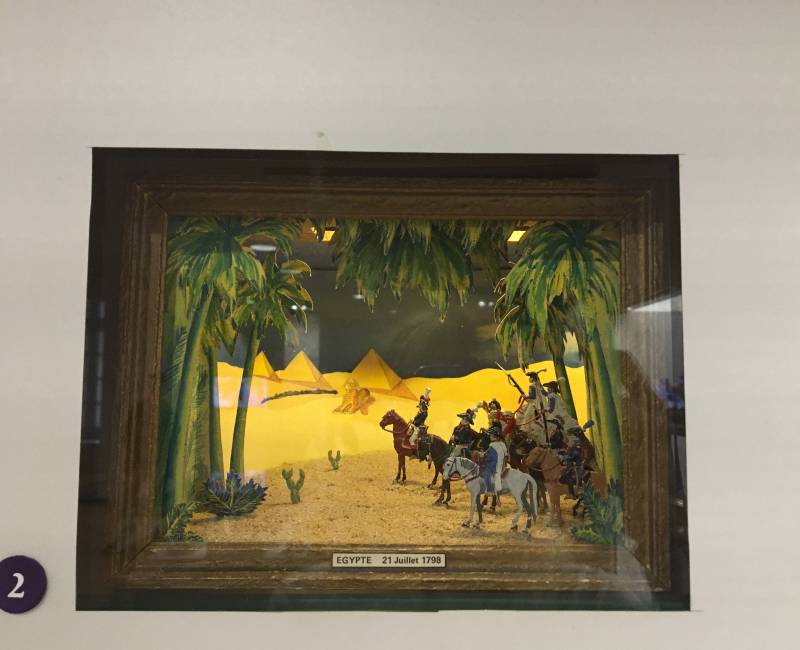 One of the fashionable directions of “games” with Nuremberg figures was the creation of such dioramas. This one was called "Napoleon in Egypt" (Army Museum, Paris) 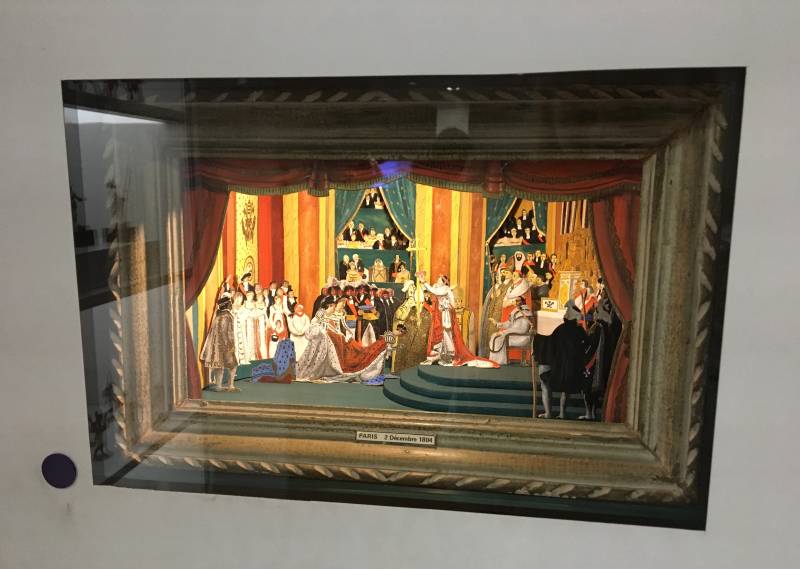 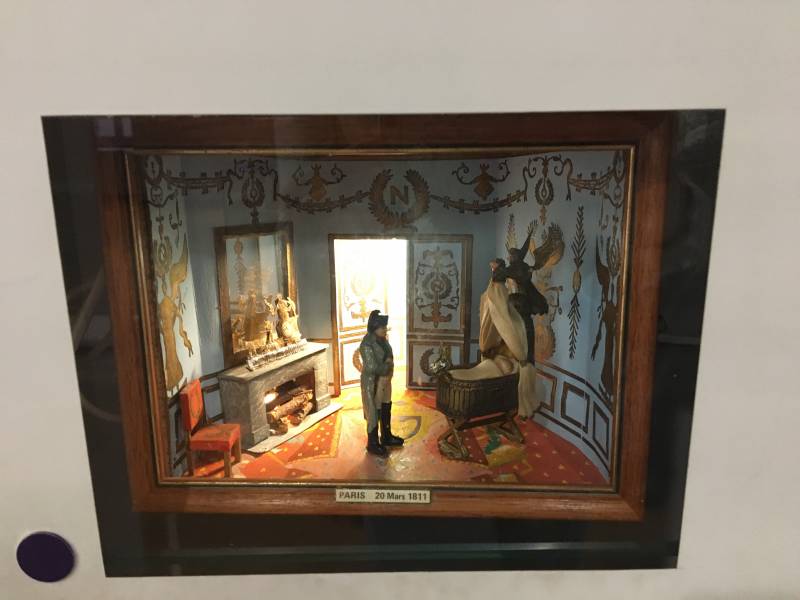 Well, in 1778, Hilpert also sculpted Frederick the Great himself on horseback, and the demand for it exceeded the offer several times, so it turned out to be so popular. The release of soldiers was also influenced by progress in the production of earthenware dishes. Cheap and beautiful, she began to rapidly displace tin and ... what was her former foundry to do to earn her daily bread? So it turned out that only in the city of Fürth in the 1790 year of the soldiers released eight model and foundry shops at once and all their products found a sale.

The popularity of Nuremberg figures was also added by Russian emperors. The fact is that Peter I, and Peter II, and Paul I, and Nicholas I, and Alexander II were passionate fans of this hobby, and it is clear that the courtiers tried to flatter their masters, and therefore, to the extent of their strength and capabilities, too, “ played soldiers ”.

An absolutely stunning set of voluminous figures "Napoleon's carriage and his convoy." And asks for a set for collectors. Something like sets of Ashet. For example, the crew of the American Pony Express postal service is attacked - bandits / Indians - whoever likes what. Horses harnessed to the stagecoach rush ... guard of the stagecoach firing from the roof at the pursuers. Passengers shoot from the windows. Bandits / Indians rush behind. The first ten to collect and send photos to the company - a disk with the cult movie "Stagecoach" (Army Museum, Paris)

And again, it was in Nuremberg in 1848 that someone Ernst Heinrichsen came up with the first scale, which later became international - the height of 32 mm figures of an infantryman without a headdress, and 45 mm - for a figure of a rider. These were, as before, flat figures, but now they all began to be produced in the same size. But the greatest success was expected by the son of the founder of the company, to whom Emperor Nicholas I ordered a large batch of soldiers of the Russian imperial guard with a height of 60 mm. It included all kinds of troops, the regiments of which consisted of figures of six types. That is, there were all: infantry, cavalry, and timpani, and drummers, and trumpeters, and standard bearers. For the imperial treasury, this monstrous whim cost 15 000 gold guilders. However, Nikolai did not have a chance to see the collection. While doing it, he died. Alexander II already received it, but it is not known where she later disappeared. 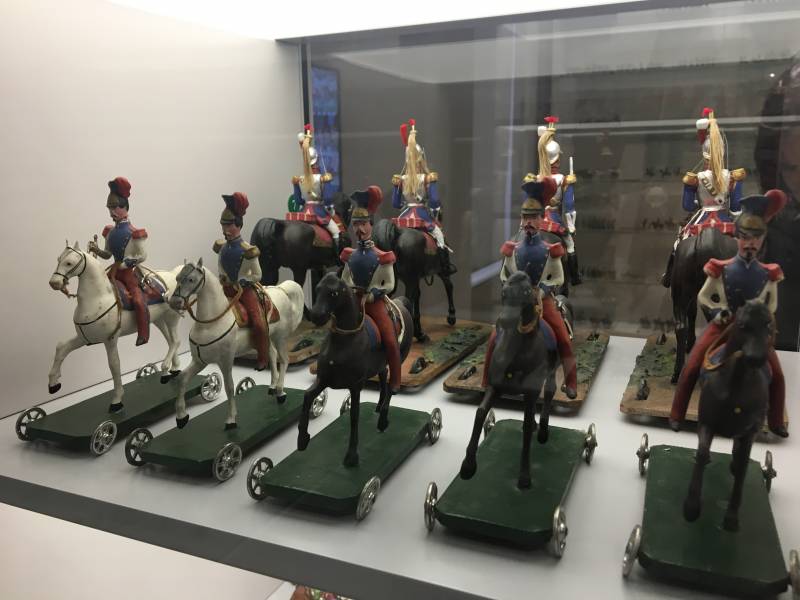 Already at the end of the 19th century, it was time for three-dimensional figures. France is considered their homeland, but on the other hand, the British, or rather an Englishman named William Britane, learned in 1893 to cast soldiers, albeit small, but hollow inside, significantly saving on metal. They have become lighter, and therefore cheaper and more affordable. Playing them and collecting them has become much more interesting. At the same time, in Germany, for example, there were areas where they were traditionally made of wood, and in the East, in India - from painted clay.

In England, the magazine “Toy soldiers” is even published, telling about the world of figures, and, of course, the “soldiers” of all countries and peoples are advertised by the Japanese magazine Model Grefix. For those who are passionate about this, on the one hand it is better not to look there. For example, in the January issue of Toy Soldiers for 2019, there were figures of German knights from the Battle of the Ice, Aztec Indians in their luxurious outfits - just all those characters about whom our Military Review website wrote just at that time. Figures of soldiers in our country are in many museums, in particular the Museum of Artillery and Signal Corps and the Suvorov Museum in St. Petersburg.

But in the Paris Army Museum almost a whole floor is dedicated to them. In any case, several of his rooms. And here are some interesting thoughts that arise when you look at all this tin wealth. But before us is an excellent tool for the "factory in the garage" and "home business." That is, for a side job, which is quite possible even in the most simple conditions when using modern technologies and materials. Of course, this small business, however, will require both time and money, and to be engaged in, but ... what if a person is interested in such figures, knows how to make them, or skillfully converts a “company”. Then why not? Why not make money where we often just spend it? 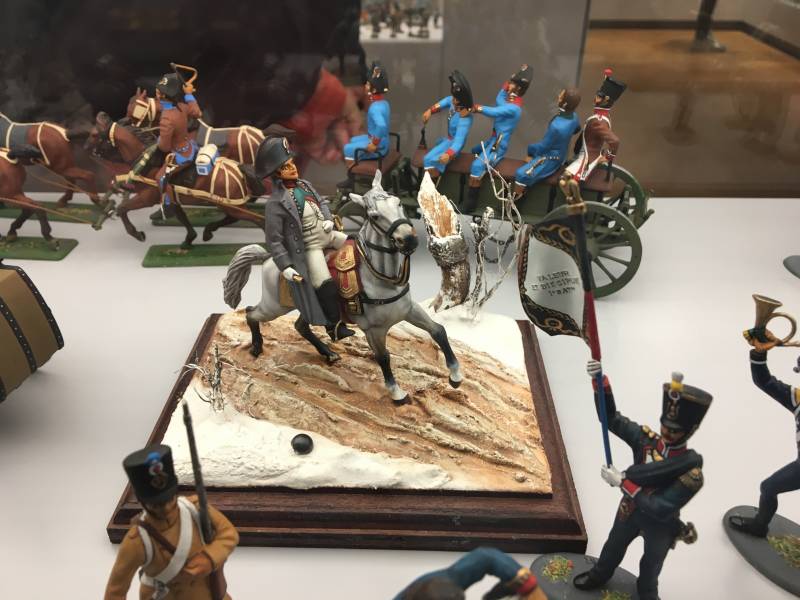 "Napoleon on a horse." Naturally, “Napoleonics” on all scales is the most popular topic for French figurine manufacturers (Army Museum, Paris)

So, today it is possible to make figures on the scale of 1: 32 and 1: 35 both from metal and epoxy, and pour them into molds from vixint. If you make them metal, you will have to use "white metal", either purchased or home-made based on an alloy of tin with "Rose metal". True, the same “Rose alloy” is not cheap, in Penza, for example, the price of 50 g ranges from 190 to 319 rubles. In addition, ideally, you need a compressor - to create a vacuum when casting from epoxy resin under the hood or a special injection molding machine to get clear castings. But experience shows that if you do this and your products are of high quality, then all this pays off very quickly.

Well, of course, today you need to "keep your nose in the wind" and offer something for which there is massive demand. Suppose it may not be tin figures, but ... old tin dishes for doll houses, copies of plates, beer mugs, dishes, waffle irons. Some large company released another dollhouse, and it went on sale through newspaper and magazine kiosks. Well, it’s possible to make dishes, lights, including operating ones, on LEDs and batteries, candlesticks, and even Singer sewing machines on a beautiful cast, curled base. 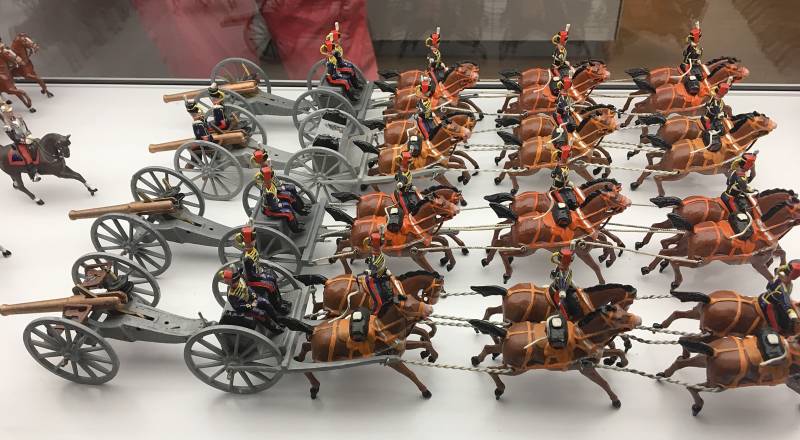 Equestrian artillery of the late XIX century. Guns shoot small balls! (Museum of the Army, Paris) Today they can be made shooting miniature powder charges ... And it will be a very hot commodity!

Scale 1: 12 allows you to produce figures for such houses. And although it’s somehow not customary to classify them as soldiers, it’s quite possible to do them. You will begin to cast and color them, and your wife or hired seamstresses can sew them! Take, also LLC Ashet Collection, a branch of the French company Ashet. Now from this company on sale the details of the next dollhouse - in the Victorian style. But this set may well be supplemented. Supplemented ... with the same miniature figures of painted soldiers in red uniforms. That is, we left what, besides, we returned, but only at a different level. However, the theme of large-scale figures, we will certainly continue next time!