The Elusive Joe, the Unkillable Al-Baghdadi

October 28 2019
32
So, it happened: the main terrorist of the planet (after Osama bin Laden), the leader of the Islamic State banned in the Russian Federation, Abu Bakr al-Baghdadi, is finally destroyed by the Americans. True, the first question that arose after this news, sounded like this: once again? 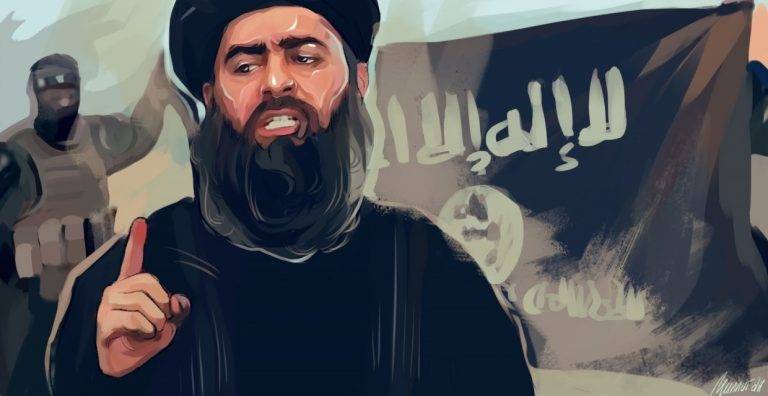 Information about the destruction of this villain as a result of US airstrikes has been disseminated many times. As far back as June 2016, all the world media claimed that he had definitely died. But each time the leader miraculously "reborn." Like an evil wizard, Voldemort from a series of books about Harry Potter, who divided his soul into seven parts and created crucifixes - a kind of witchcraft things intended for the subsequent resurrection from the world of the dead.

This time, however, the leader of the banned terrorist organization, according to the assurances of US President Donald Trump, is completely destroyed.

Who was in Idlib?

It was previously said that he was allegedly eliminated in Iraq, then there were rumors that al-Baghdadi was seriously ill and was in Afghanistan. And now, a special operation to rid the world of the dark lord of the militants was carried out in Syrian Idlib, a territory that remains under the control of the "opposition" gangs.

Stop! Again, something is not working out. Washington and its allies assured the whole world that there was a "moderate opposition" in Idlib. That is, not the “Islamic State” (it is ISIS or Daesh), which must be destroyed even by American standards, but white and fluffy fighters against the Syrian “regime”. Those whom, in the opinion of a “civilized society,” need to be protected.

On this basis, the Syrian Arab army constantly tied their hands, not allowing the liberation of one of the provinces of their country from terrorism. As soon as the offensive of the Armed Forces of the SAR began, pressure on official Damascus certainly passed. First, from the West, then Russia had to intervene in order to mitigate the consequences as much as possible.

It is clear that Moscow did not just stop the Syrian allies, but was forced to replace the hostilities with debates at the negotiating table. Before my eyes is a sad example of Eastern Guta - an area located near the Syrian capital. They couldn’t free him from gangs for a long time: as soon as the SAR army achieved any results there, loud provocations and threats of carpet bombing immediately followed.

The loudest “information bomb” exploded in August 2013, when the Syrian authorities were accused of using a chemical weapons against civilians. At that time, Syria was on the verge of direct full-scale aggression by Washington and other NATO countries.

Therefore, in the situation surrounding Idlib, Russia had to act with caution, and Syria itself to balance on the blade of a knife.

Now, it turns out, not the “democratic opposition” was sitting in Idlib, but the most radical Islamists — those who exponentially cut their heads, including to American citizens. And even the leader of the “Islamic State” himself was in the same place. Who did the United States and its allies defend all this time, putting sticks in the wheel in the cause of liberating the Syrian province? The answer is obvious.

What will change for Syria?

It would seem that after the current high-profile statements on the elimination of al-Baghdadi, he can no longer "rise". This would be a complete fall in the image of the United States and Donald Trump personally.

But earlier this was exactly what happened: the “destroyed” main terrorist appeared “on the radar” again, forcing to recall the joke about the Elusive Joe (who is not caught because nobody needs him). Unless the declarations of final liquidation sounded a little quieter than now.

Suppose this particular villain is indeed killed. Even Washington should sometimes sound true. What changes from this high-profile action can be in Syria, the Middle East, and indeed in the world? To answer this question, you need to remember what changed after previous reports of the death of al-Baghdadi. And the answer is disappointing: practically nothing has changed.

Maybe this time Donald Trump is really ready to do what he has promised for three years - to withdraw troops from Syria? Well, then a loud, deafening victory over the leader of the terrorists is very welcome. The goal is achieved. The main villain is defeated. You can leave not with defeat, but with victory. Well, or with her visibility. And explain to the Americans why the American soldiers were in Syrian territory. Moreover, a few days ago, in connection with the disagreement on the Syrian (or rather, Kurdish) issue between Washington and Ankara, it seemed that the United States was really ready to leave Syria.

But the same Trump gives too little hope that this will be realized. Syrian oil fields, he said, still need protection. Clearly, in whose "defense". In American. Yeah, it’s hard to expose the true purpose of all of Washington’s Middle East adventures better than the US president did.

Anyway, terrorism in Syria will not go anywhere - until the entire territory of the country passes under the control of the legitimate authorities. And after that he is unlikely to be allowed to stall so soon - most likely, there will be various sabotage and terrorist attacks for a long time to come.

Al-Baghdadi may be dead. “Elusive Joe” from a famous joke, for example, is caught and neutralized. But this does not mean that the main terrorist of the planet is destroyed. No, the main terrorist will continue to do everything to prevent a Syrian settlement. And he is not at all in Idlib. And there, from where comes the fake victory cry.