In China, showed the concept of "stealth" bomber H-20

October 27 2019
87
Photos showing tests of a model of an invisible bomber in a wind tunnel in China appeared on the web. On the leaked images on the Internet, it is noticeable that the tested model is similar to the American stealth bomber B-2 Spirit and is also made according to the “flying wing” scheme. 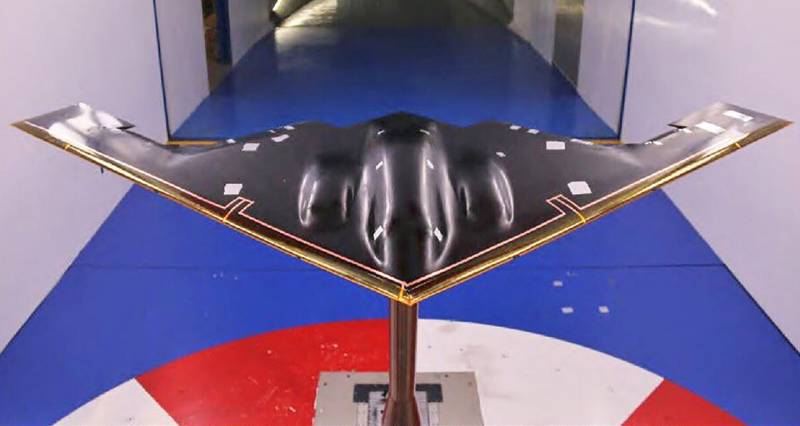 Statements were made that this is the long-awaited project of the "stealth" bomber of the Celestial Empire under the name H-20. Beijing is known to borrow foreign designs, often not without the help of various reconnaissance and espionage techniques. Earlier it was reported that the PLA Air Force plans to create a new generation supersonic stealth bomber.

If in China there is such an opportunity, then this can be considered a giant leap for Chinese aerospace technology. In fact, the Air Force of the People’s Liberation Army will move from the modernized Tu-16, which they call H-6K, to a strategic bomber with invisibility technology. As soon as China creates its H-20, it will enter the elite club, which today consists of only two countries that have made such an industrial leap. But how long it will take to create such a stealth bomber is still a big question.

With that said, the fact that the photos show a copy of the B-2 Spirit does not mean at all that the PRC is showing the world the final design of the literally H-20. But by exploring the world's only invisible bomber circuit, China can get a lot more information for its own developments. In other words, American technology can be used as the basis for the Chinese concept of H-20.
Military Reviewin Yandex News
Military Reviewin Yandex Zen
87 comments
Ad