US Navy replenished with another ship of the coastal zone

October 27 2019
48
US naval forces replenished with another warship. In the city of Burns Harbor, Indiana, the ceremony of putting into operation the ship coastal zone USS Indianapolis (LCS 17). It is reported by the command of the American fleet. 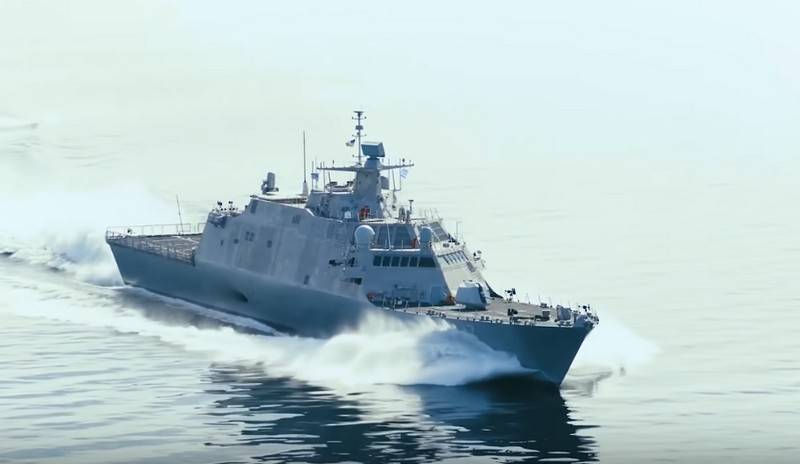 The US Navy commissioned the latest USS coastal ship Indianapolis (LCS 17). He is the seventeenth ship of this class and the ninth type of "Freedom". Ships in the US coastal zone are available in two versions: the first (Freedom type) is a high-speed single-hull ship developed by Lockheed Martin Corporation, the second (Independence type) is a trimaran developed by General Dynamics Corporation.

The ship was laid down on 18 on July 2016 of the year at the Marinette Marine shipyard in Marinette, Wisconsin. Launched on 18 April 2018 year.

The main purpose is to act in coastal waters and shallow areas of the sea in order to ensure the safety of navigation in its own coastal zone, as well as in the most important areas of maritime navigation.