October 27 2019
42
Russian military police entered the city of Kobani in northern Syria. To participate in a joint patrol with the Turkish military, a company of military police was deployed to the region. This was told to journalists by a military police officer Mikhail Yelsukov. 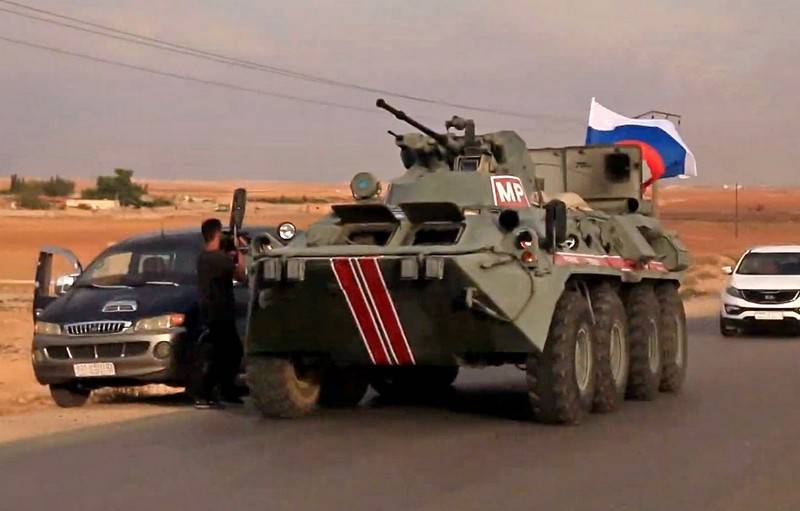 Arriving in Kobani, a company of Russian military police will patrol along pre-established routes along with the Turkish military, as well as monitor compliance with the silence regime. In addition, military police control the withdrawal of Kurdish military units at 30 km from the Syrian-Turkish border.

A company of military police arrived here to carry out the fifth paragraph of the memorandum and, accordingly, to coordinate patrols with Turkish troops. Well, as well as to monitor posts and maintain peace and quiet in the area
- said the officer.

According to him, the locals very warmly welcomed the Russian military police, no excesses are observed.

According to the Russian Center for the Reconciliation of the warring parties in Syria, the situation on the contact line is currently stable, the positions previously held by Kurdish military forces have been taken by government forces. The deployment of the Syrian army continues.

Earlier, the Ministry of Defense reported that a military police battalion was additionally deployed to Syria to monitor and patrol in the north-east of the country.
Ctrl Enter

We are in Yandex Zen
Press Service of the Ministry of Foreign Affairs of the Russian Federation published the full text of the agreement with the United States on Syria
List of CIA-funded Russian public organizations
42 comments
Information
Dear reader, to leave comments on the publication, you must to register.