Near Donetsk at the positions of the Armed Forces of Ukraine, the mortar "Hammer" exploded again

October 26 2019
96
Two servicemen of the Ukrainian Armed Forces died, three others were injured of varying severity during the next explosion of the 120-mm mortar "Hammer" at the positions of Ukrainian troops. This was reported by the press service of the NM DPR with reference to intelligence data. 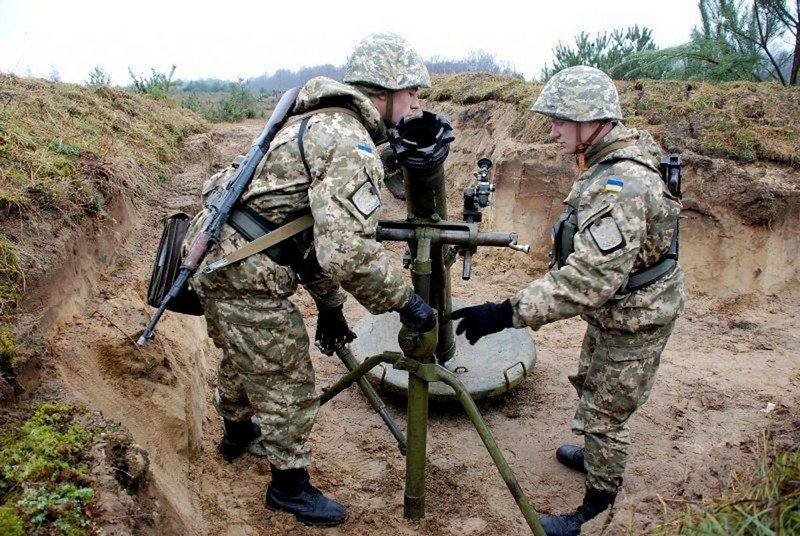 Reportedly, the incident happened on October 25 at the positions of the Ukrainian Armed Forces in the area of ​​Krasnogorovka west of Donetsk. During the mortar shelling of the positions of the DPR People’s Police, two servicemen of the Armed Forces of Ukraine died on the spot due to the explosion of the Molot mortar, and three others were injured of varying severity. A preliminary reason is the detonation of mines in the mortar barrel.

25 October in the area of ​​Krasnogorovka, where during the shelling of the territory of our Republic, a mine exploded in the barrel channel of the 120-mm mortar "Hammer". As a result, an ordinary and a sergeant of the Armed Forces of Ukraine died on the spot, three more servicemen were injured and taken to Kurakhovo
- said in a statement.

The official command of the Combined Forces Operation does not comment on this incident. According to available information, in connection with the incident, the DUS commander, Lieutenant General of the Armed Forces of Ukraine, Kravchenko instructed to suspend the use of mortars of this brand.