October 26 2019
164
The Indian media write that the country's army has decided to “seriously upgrade” its arsenal of precision-guided munitions. The update is to purchase the US-controlled 155-mm M982 Excalibur artillery shells. It is planned to equip units armed with towed M777 howitzers, as well as K-9 Vajra howitzers, with shells to be shipped from the United States. 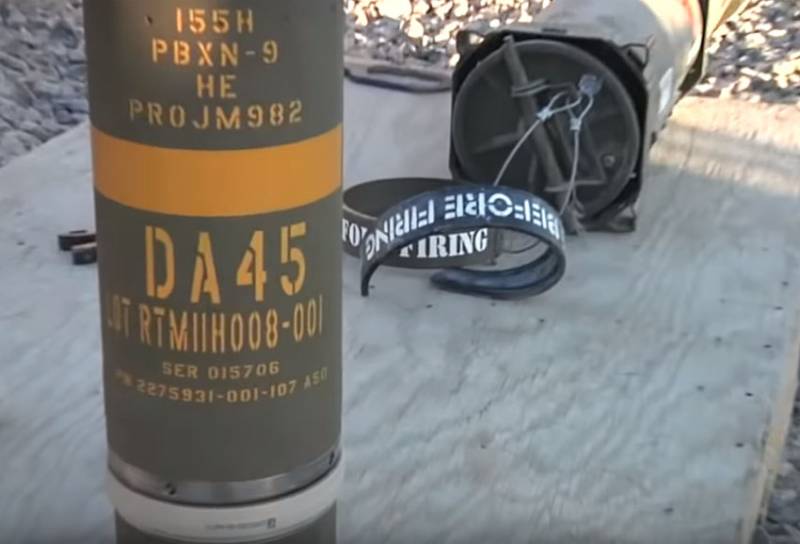 It is reported that the command has evaluated high-precision artillery ammunition in the world market and concluded that the M982 Excalibur for the Indian army will be "the most suitable option." The range of ammunition that was subjected to the Indian “assessment” also included SMART-155 and GIWS.

In the Indian command, it is noted that artillery units will be gradually phased into the American M982 Excalibur with a simultaneous decrease in the share of the use of Russian Krasnopoli. It is reported by the Indian newspaper Financial Express.

M982 Excalibur will make Indian artillery more efficient. This projectile, ceteris paribus, has greater penetrating ability, it is characterized by high accuracy of hitting targets. It has improved e-filling protection.
It is further noted that Raytheon is currently developing a laser point tracker that will allow Excalibur to hit moving targets precisely. The marine version of Excalibur is also under development. The Indian Navy is showing interest in it.