October 25 2019
26
The Syrian army is advancing in the north of Latakia province. Recall that it is in this province of the SAR that the Khmeimim Air Force Base of the Russian Federation is located, and it is in the north of the province that there are still zones under the control of militants. In addition, traffic is carried out both by the terrorists themselves and weapons with ammunition from Idlib to Latakia and back. The northern part of Latakia has a border with Turkey. 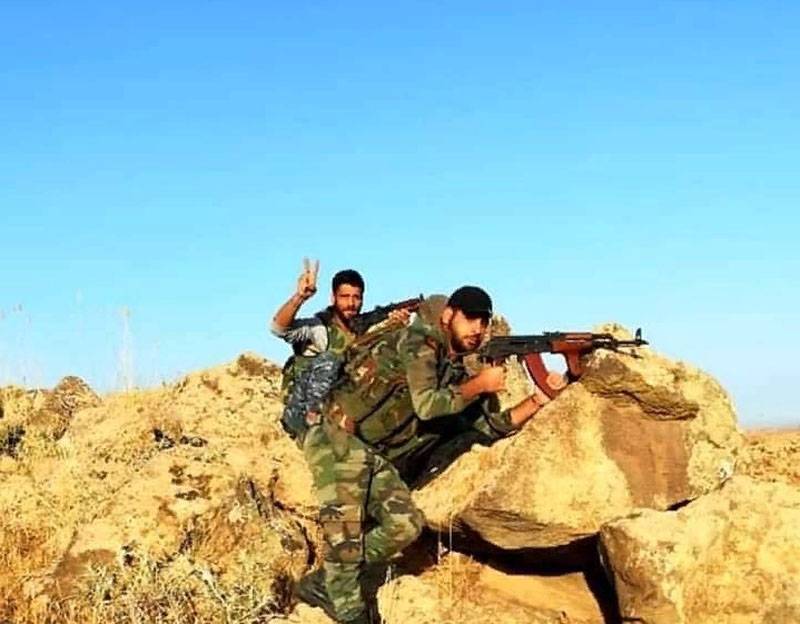 According to Syrian and Lebanese media reports, Syrian government forces are moving towards the city of Jizr al-Shugur. This is the 50 thousandth city located in the mentioned province of Idlib. At the same time, the militants suffered heavy losses in the area of ​​the Kabani settlement (not to be confused with Kobani, a city located in northeast Syria). But the resistance of the terrorists in this sector continues.

Jizr al-Shugur is still one of the strongholds of militants in the north-west of the SAR. The offensive in this direction is led by the 42-th CAA brigade, which is part of the 4-th armored division of the SAA.

At the moment, fighting is ongoing in the area of ​​dominant heights in the direction of Kabani - Jizr al-Shugur. At the same time, SAA is actively concentrating forces and means, including heavy equipment, in the Latakia-Idlib direction.

Experts note that the operation to liberate Kabani and Jizr al-Shugur may be key to the complete defeat of militants in both Latakia and Idlib. The main thing is that it never occurred to anyone to take the militants out again with their weapons on green buses.