October 25 2019
57
The Air Defense Forces of the Eastern Military District have been armed with a new S-300В4 anti-aircraft missile system. The equipment from the manufacturer was delivered to the Kapustin Yar training ground, where it will be accepted. This was reported by the press service of the BBO. 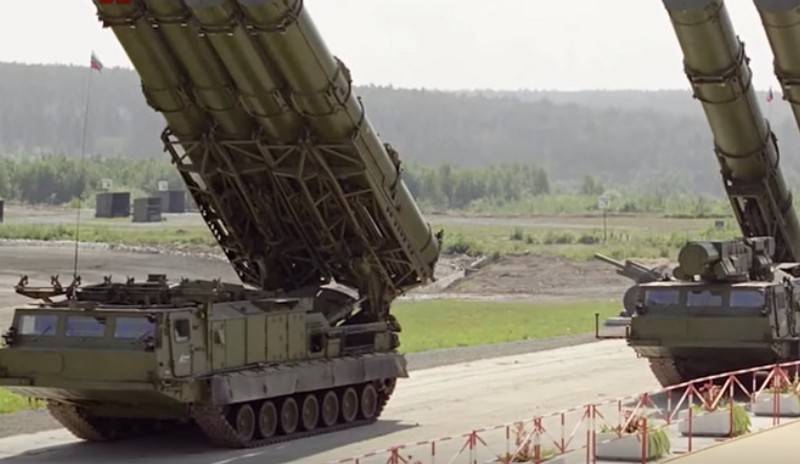 The new S-300В4 air defense brigade kit was handed over to the military air defense base at the Kapustin Yar training ground in the Astrakhan Region. According to the Ministry of Defense, at present, the air defense missile systems calculations have begun to study the material part, the order and basic principles of operation of the units and assemblies of the complex. The coordination of calculations is carried out.

After the training cycle, a tactical exercise with docking firing will be held, during which anti-aircraft gunners will show everything that they have learned. It is planned to work out the transfer of air defense systems from traveling to combat, detection, identification, target tracking and missile launches.

At the end of the exercises, the personnel and military equipment will be sent to the place of permanent deployment.

As the Ministry of Defense explained, the new S-300В4 air defense brigade kit entered the arsenal of the air defense air defense forces for the first time.

The S-300B4 anti-aircraft missile system manufactured by Almaz-Antey Concern East Kazakhstan Joint-Stock Company was created specifically for the Ground Forces and is designed to protect troops during defensive and offensive operations, air defense of military facilities. The complex has three types of weapons. When fighting against ballistic targets C -300В4 is capable of hitting 16 missiles flying at speeds of up to 4500 m / s and is the only missile defense system in the world that can effectively deal with ballistic missiles with a launch range of up to 2500 km. This is the fourth var Iant of modernization of military air defense missile systems S-300V.
Ctrl Enter
Noticed a mistake Highlight text and press. Ctrl + Enter
We are
ZVO anti-aircraft gunners carried out 26 live firing at the Kapustin Yar training groundAt the Kapustin Yar test site in 2012, they plan to test around 70 weapons models
57 comments
Information
Dear reader, to leave comments on the publication, you must to register.