Another soap bubble, or Again reform in the Armed Forces

October 25 2019
37
It has long been noticed: if in the morning you are in a bad mood, the best way to correct this very mood is to watch news resources of Ukraine. Acts on any Russian organism much more effectively than any humorist or any medicine. Literally five minutes of viewing, and an hour of laughter is guaranteed. And a good mood - for the whole day. 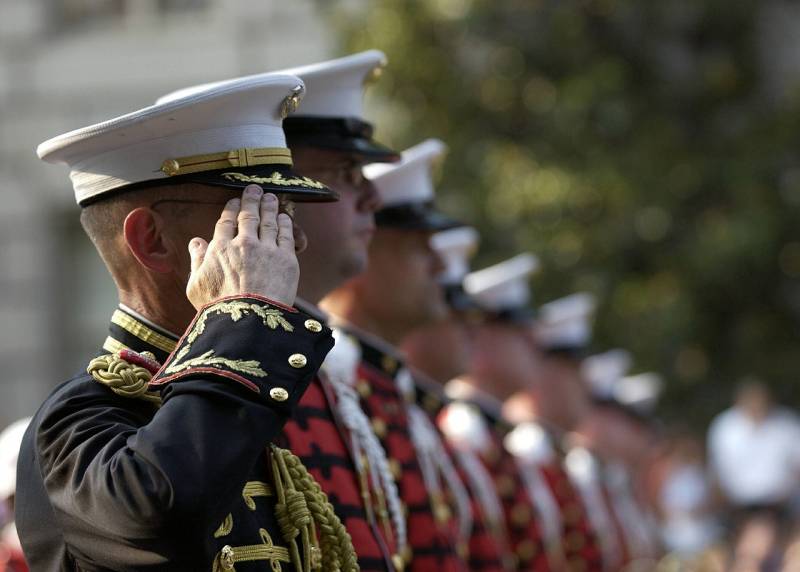 Well done Ukrainians. Russians amuse with all their hearts. No wonder, then, the clown was elected president. This is some kind of league of laughter on a national scale. I immediately remember the buffoon from medieval literature. A sort of formidable truth-teller and a warrior who is not afraid of the king himself and at the same time is ridiculous to everyone. And then the whole state is a jester!

We remember how it all began

The only thing that clouded a little joy was vests. Too many lives were given by paratroopers to make this element of form a symbol of heroism and readiness for death. The sailors were especially sad about this. They are still the ancestors of vests. No one here will even say a word. The first glory of the vests was brought by the exploits of sailors.

And so it began. Ukrainian sailors abandoned vests! According to my data, today vests are only carried in the environmental protection zone. Sailors in Odessa have not worn vests for the third month already! To hell with the feat of fathers and grandfathers. A little white t-shirt instead of a black and white vest. Glamor in the army and on navy the main thing…

But today I will tell you terrible news. For the army, regardless of military rank and years of military service, to hear such news of death is similar. So, 70% of army jokes, and these, as you know, jokes about the ensign-Khokhlov, are now not relevant in Ukraine! Just because there are no such fierce military men on their minds in the Ukrainian army! APU-this is not the Russian army.

Down with ensigns and all sorts of other midshipmen

But do not think that the Ukrainians re-educated their ensigns. And it’s impossible. You can’t alter nature. Therefore, our Ukrainian friends went the other way. To abolish the damn grandmother military title "ensign"! All! No warrant officers, no problem.

But another question arises. And who will work in warehouses? Like it or not, the army is large, complex. You could even say a living organism. And any organism needs to be fed, dressed, there are all kinds of vitamins to give. Again, fuel or spare parts there. So the ensign is needed. A sort of inconspicuous warehouse ant, which always has everything and everyone can get hold of. And anecdotes about ensigns precisely for this reason arise.

Probably any commander all his life recalls some ensign - the foreman of the company, with whom he lived like in Christ's bosom. The fighters had everything and always. Even that which should not be. From my personal experience I remember how once my soldiers were surprised when, after a long running around and repelling the attacks of the “enemy” in the exercises for the usual dry rations, each soldier received a huge herring-crease. Some, brought up on traditional Russian Iwashi, then generally saw this “shark" for the first time. The foreman once there obtained this herring from general reserves.

And these heroes of the invisible front from the APU disappear. But then there are master sergeants, senior master sergeants, and senior officers. Learned to "find" that which is not, and please. Deservedly called a master.

Having no military traditions, we take strangers

I have already heard a murmur from the Ukrainian military. Hiss little by little. Why make an extra commotion in the army? Why change the ranks of the neo-officers? The system has already developed. Worked out for decades. It is driven tightly into the heads of personnel.

It is simply amazing how yet not a hydrated people in the Ukrainian army is serving! Any state should have not just military ranks in the army, but ranks historically corresponding to this particular army! History Ukraine, according to new data from Ukrainian scientists, has several millennia. That's what you need to focus on.

Thanks to the deputies of the Rada. They understand this. And they found a country whose army existed even during the time of the Roman Empire (according to the president of this country) and fought together with the Ukrainian army against hordes from the East. And only this country, naturally, given the centuries-long occupation of Ukraine, the destruction of the Roman Empire and other historical cataclysms, has retained the true ancient Roman military ranks.

Here is what the deputy chairman of the Committee on National Security, Defense and Intelligence, Mariana Bezuglaya, wrote, introducing the document:
“This bill introduces NATO ranks for sergeants, officers, and soldiers, and will speed up their development in accordance with NATO standards and the challenges that face our state.”

Well, the deputy is very cunning. NATO standards are not related to military ranks. Alliance member countries are not required to change them. Moreover, in any country there are precisely national features in these matters. Military ranks did not appear out of nowhere.

And specific changes in the Armed Forces of Ukraine are connected with the convenience of the hosts - the USA. So that any American officer or soldier can correctly name a subordinate by military rank! Not “hey soldier, come here”, but in American, in NATO: “The recruit is smelly, quickly to the foot, when a real soldier calls you!”

Why APU change the military ranks of ordinary and sergeant

And for a complete understanding of the issue, so that the necessary mess of thoughts is created in the reader’s head, I will quote the reason for the appearance of this bill from Bezugly:
“The bill is aimed at improving the legislation of Ukraine on the fulfillment of military duties, introducing new military ranks of sergeant and sergeant officers of the Armed Forces of Ukraine that meet NATO standards, increasing the role of sergeant and sergeant officers in training and educating subordinate personnel and performing their tasks as intended, creating additional motivational factors regarding the passage by citizens of Ukraine of military service under the contract, which will contribute to the transition an ode to the Armed Forces of Ukraine on a professional basis. ”

Well, enough to have fun about the next revolutionary reform of the Armed Forces of Ukraine. Do not shoot the pianist, he plays as best he can. The Ukrainian army is indeed a rather miserable sight. Even to the minimum modern level it is like walking to the moon. And all the victories over the Russian army in the Donbass - zilch. There is no worse nightmare for the generals and officers of the Armed Forces of Ukraine than the real arrival of the Russian army in the war.

Syria has shown what modern warfare is. In such a war, the APU simply has no place. All these heroic attacks in full growth and tank wedges to break through enemy defenses without appropriate work aviation and artillery, without destroying the rear infrastructure - just a beautiful element of a computer game. A soldier today is too expensive a pleasure to send it to machine guns. Yes, and technology too.

Reforms in the independent army began to carry out Poroshenko. And what did they lead to? I already mentioned the renaming of the Airborne Forces in the DShV and a change in the color of berets. You can recall the new full dress. New greeting. New names of military units. In short, according to Ukrainian logic, reform is purely external changes. More precisely, reform is equal to dressing up.

The new broom is no different from the old

Zelensky, no matter how we relate to him, as the president of the country is obliged to remember the country's defense capabilities. So, he is obliged to bring the Ukrainian army into a state more or less in line with modern requirements. To date, the APU is more like a bunch of people who have combat experience, but are only able to “fight” with civilian, unprepared militias.

But, judging by the new revolutionary bill, the new president decided to reform the army using Poroshenko’s methods. By the way, another revolution is planned. Transfer regiments to brigades. Simply put, an ordinary Ukrainian snag. Remember the battalions of up to the company, the regiment "a la World War II after breaking through the fortified defense" in two or three fictitious "battalions"?

Ultimately, little depends on how the soldier will be called, how he will greet the colleague, or in what form he will be dressed. The power of the army is not in this. The power of the army lies in the training of personnel, in modern military equipment and weapons, in the preparedness of the officer corps and moral readiness to fulfill any order of the commander and chief. None of this set in the APU.

The last “withdrawal of troops” from Zolotoy showed that the army was not there either. There are separate armed gangs that obey their chieftain. As he decides, so be it. And all these supreme commanders-in-chiefs, headquarters and other military structures are successfully “fighting” in their homeland in Kiev.

Well, how can you do without a cliched cliche about the army as part of society? Ukraine repeats the history of Russia 25-30 years ago, as expected, in the form of farce. Bloody farce. Only now, stopping the reformers is becoming harder and harder every day. How to return the Donbass to at least some Ukraine ...

There will be many sergeants for every taste

Returning to the beginning of the material, I will tell you about the remaining 30% of army jokes. “I won’t eat, I’m biting you like that!” Nobody canceled either. So the rest of the army tales and jokes will suffer. Further options are many. So, now all the soldiers of the Armed Forces of Ukraine and the sailors of the Navy will have bastards! And those who do not get their own hooks, for some reason, will not become soldiers. Recruits! I will give a new scale of military ranks:

Then follows the officers. So far, the hands of the Ukrainian reformers have not reached it. Total 22 titles for APU and 21 for Navy. Here is a reform to strengthen the combat power of the Ukrainian army. The soap bubble is already shining with all the colors of the rainbow, but it has not yet burst ... But there has never been such a thing that soap violates the laws of gravity. Will burst!