October 23 2019
62
The naval forces of Ukraine are "announcing" the commissioning of decommissioned boats of the coastal zone of the Island class. Recall that the other day two boats from the United States by sea were delivered to the port of Odessa. 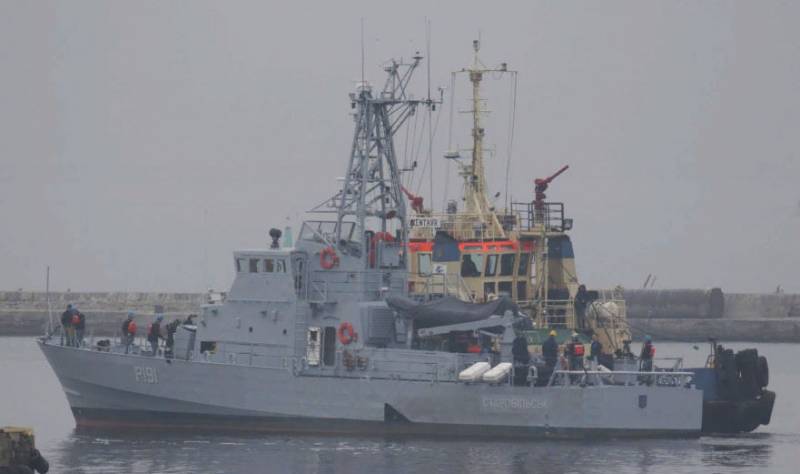 Now, the port is undergoing an “operation” to launch boats previously owned by the US Coast Guard. Representatives of the mooring team of the Ukrainian Navy take part in the “operation”.

The first boat was launched the P191 Starobelsk. It was reported that the time it was launched from the Ocean Freedom transporter was about 50 minutes. Following the launch of the R190 “Slavyansk” boat.

According to the latest information, boats were sent by tugboats to the Practical Harbor, where they will be prepared for use as part of the Naval Forces of Ukraine.

Of particular interest is the statement made by the representative of the Navy, who announced that the Slavyansk and Starobelsk boats, as well as the 4 boats of the same class that Ukraine expects, will be "used not only in the Black Sea, but also in the Mediterranean." In this regard, the question arises: what are the goals for decommissioned American boats the Ukrainian Navy is going to set in the Mediterranean? This issue is especially relevant in connection with the fact that earlier at the headquarters of the Navy they announced problems in maintaining security in their own territorial waters.

The Ukrainian portal "Duma.net" gives its answer to this question:

It turns out that they are going to support the fleets of NATO countries.