To whom is war, and to whom is mother dear? Will Trump give way to his native defense industry?

October 23 2019
20
US President Donald Trump made a statement, which, however, is difficult to surprise anyone. The owner of the White House admitted that armed conflicts in different parts of the world are very beneficial to the American military-industrial complex and its lobbyists. 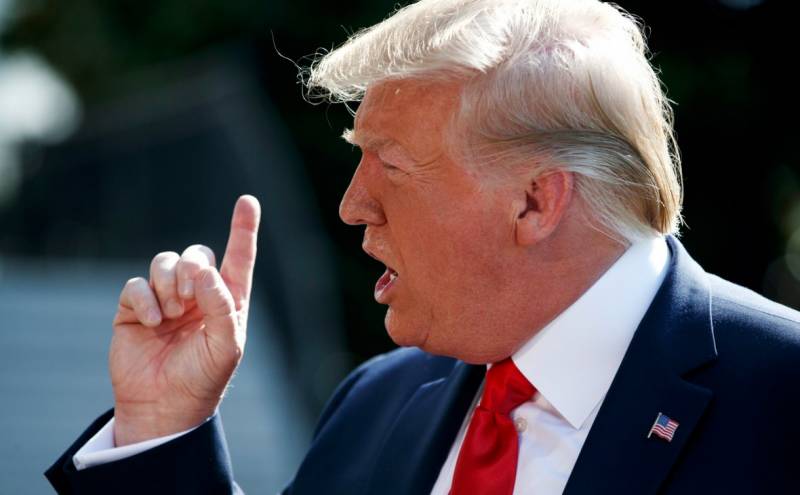 Donald Trump probably did not discover America, saying that the main beneficiary of many armed conflicts taking place in various parts of the globe is the American military-industrial complex. Today, the United States has the most developed and powerful military industry in the world, whose products are bought all over the world.

But the revenues of the aces of the American military-industrial complex directly depend on how much their products find real application. If Tanks and guns, machine guns and cartridges are not dusted at bases and warehouses, but are involved in armed conflicts, there is a need for their further release, in improvement, development of new types of weapons. And this need is fueled by more and more armed conflicts, new geopolitical risks.

In Congress, in the administration of the President of the United States lobbyists of the military-industrial complex operate, who knock out additional contracts for the supply of weapons and, on the whole, form a general background favorable for stimulating the military industry.

Numerous monographs have been written and published on lobbying in the American political system - both in the United States and in other countries of the world. But the heads of the American state do not often themselves acknowledge this fact. However, Donald Trump, supporting his shocking image, made rather harsh statements, trying to answer ordinary Americans why the US armed forces are fighting in Afghanistan and Syria, Iraq and Libya, in tropical Africa.

It was no coincidence that the American president raised the question of the role of the US military-industrial complex and its lobbyists in unleashing armed conflicts in different parts of the world. Trump, as you know, has long been occupied with the issue of the withdrawal of US troops from Afghanistan and Syria. But the current military-political situation in the Near and Middle East does not yet allow to fully realize this task.

Trump admitted that the endless wars in which the United States are involved never end. And indeed it is. There is no reason to take the same war in Afghanistan that has been going on for the fifth decade and there is no reason to count on its completion. We see approximately the same picture in Syria, Iraq, Libya, Yemen, Somalia and many other countries of Asia, Africa and even Latin America. 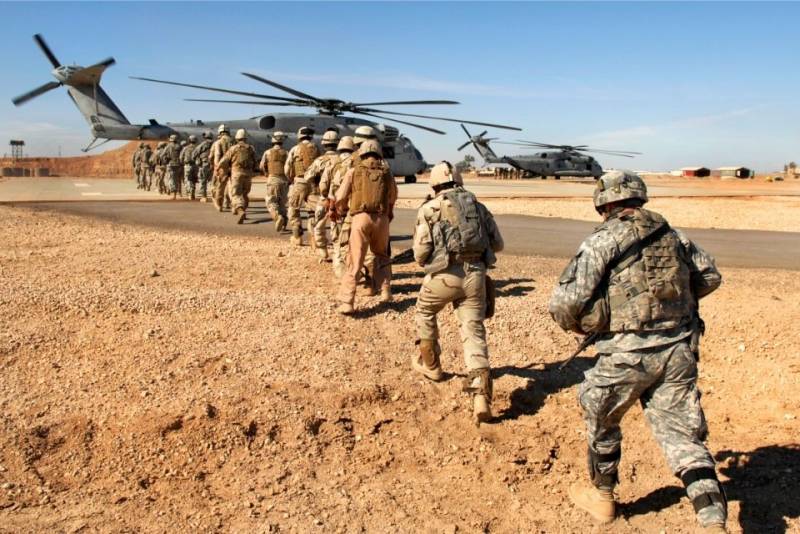 Before he became the head of the American state, Trump often declared the need to end wars around the world, at least to withdraw the United States from them. Of course, a prudent entrepreneur, Donald Trump is far from humanistic considerations: he is not against wars because of any pacifism of his own. Trump simply believes that colossal funds are being spent on wars that America could send to other goals.

Over twenty years, 8 trillions of dollars have been spent in the Middle East. This is a huge amount for the budget of even such a rich country as the United States. And Trump claims the need to put an end to such impressive spending on endless armed conflicts.

The worst mistake the United States has ever made, in my opinion, is coming to the Middle East. It's a quagmire
- Trump responds rather nervously about the military presence of the American army in Syria. And there is truth in his words.

After all, the civil war in the active phase lasts in this country for the ninth year. The money of the American budget is leaving, the American soldiers are dying, and the end of the military campaign in Syria is not expected. Therefore, Trump decided on an unpopular decision among many “hawks” - on the withdrawal of most of the American troops from the territory of Syria. Afghanistan is next in turn, which the White House owner also does not want to do, at least on such a scale as before.

US does not want to be a "world gendarme"

Trump also criticizes the role of the “world gendarme,” which, having tried on itself, the United States was forced to get drawn into a number of armed conflicts. For example, characterizing the situation in Syria, Trump bluntly says that the United States is doing other people's work there. The main burden - both financial, military and political - according to Trump, should lie on the countries of Western Europe, on Russia, Turkey, Iraq, but not on the USA.

The American president emphasizes that his country is thousands of kilometers from Syria and has no land borders with it. For the most part, refugees from Syria cannot enter the United States; the war in this country has no effect on the economic and political situation in the United States. But Washington spends its money, ruining its soldiers across the ocean.

Responding to criticism from his longtime opponent Senator Lindsay Graham, who, incidentally, also represents the Republican Party of America, like Trump, the president claims that “such as Graham” would like to send hundreds of thousands of soldiers to each “hot spot”. By this he draws a line between himself and the "hawks" opposing the withdrawal of American troops from Syria. And he notes that today American troops are located in countries of the world that most American citizens have not heard of.

By the way, John Bolton left his post as national security adviser precisely because of his disagreement with the president’s political course. Both Bolton and other proponents of maintaining an American presence in the Middle East were convinced that the United States should, in any case, “personally” participate in these armed conflicts.

The president has a different position. He is not averse to shifting all financial burden, all human losses to the US allies in the North Atlantic Alliance, who in the Syrian conflict were practically aloof, not taking an especially active part in the hostilities. 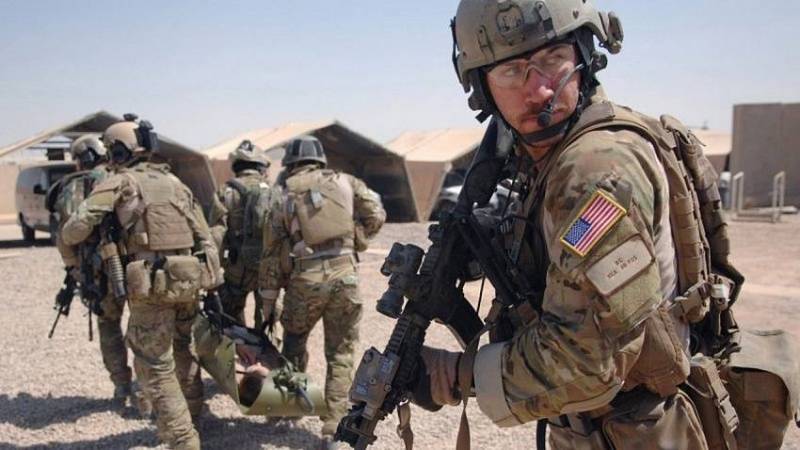 In fact, Trump is well aware that the participation of the American army in numerous conflicts abroad is not only financially expensive for the budget. It prevents America from focusing on confronting its main opponents. And these opponents are not bearded Mujahideen from the Syrian deserts and not Yemenite Hussites, but Russia and China, who are increasing their armaments and improving technologies. These considerations must also be taken into account when analyzing statements that are not very common for the American president about the role of the “world gendarme”.

Trump, who has repeatedly admired the policies of Russian President Vladimir Putin, may well borrow the Russian model: Moscow prefers not to intervene in armed conflicts outside the country with the forces of the Russian army.

Syria is the only example after Afghanistan of the participation of the Russian army in hostilities outside the post-Soviet space, with the exception of peacekeeping operations. In other countries, Moscow prefers to operate using other tools. At least, unlike the United States, our country does not hold many thousands of land contingents in the "hot spots" of Africa, the Near and Middle East.

The most interesting thing is that Trump’s fix idea about the withdrawal of American troops from Syria runs counter to the interests and numerous requests of Israel, the closest and most reliable US ally in the Middle East. At the same time, Trump has always been a “pro-Israeli” politician - he went on to recognize Jerusalem as the capital of Israel, causing hatred throughout the Arab and Muslim world, he advocates restricting Muslim immigration to the United States.

But in this case, Trump does not act in Israeli interests. After all, the Israeli leadership is very afraid of the withdrawal of American troops, since they are the main counterweight to the growing influence of Iran, and Russia, in spite of Benjamin Netanyahu's demonstrative friendly gestures towards Vladimir Putin, Israel does not trust and will not trust. Although the American leadership claims that a small contingent of US troops on the Israeli-Syrian border will remain, Trump’s political course is cause for serious concern in Israel.

Another small American contingent will remain in Syria to protect oil fields. It is clear that where oil is, there are Americans. And Trump does not hide it. He even emphasized that he had always stated: if American troops invade somewhere, then they should leave oil under their control. And now the head of the White House is already arguing that an American company could engage in oil production in northern Syria - “in the interests of the Kurds,” of course. US oil control will ensure, according to Trump, cash inflow to Syrian Kurds.

In any case, the military-industrial complex will not lose

Taking on the mission of withdrawing American troops from the countries of the Near and Middle East, Trump, at first glance, encroaches on a very serious force - the American military-industrial complex, whose direct financial interests are tied to numerous wars. But it’s clear that Trump’s criticism of the military-industrial lobby is a game to the public. In fact, Trump does not need Kennedy’s fate at an old age. And with the US military-industrial elite, the issue will be decided differently. 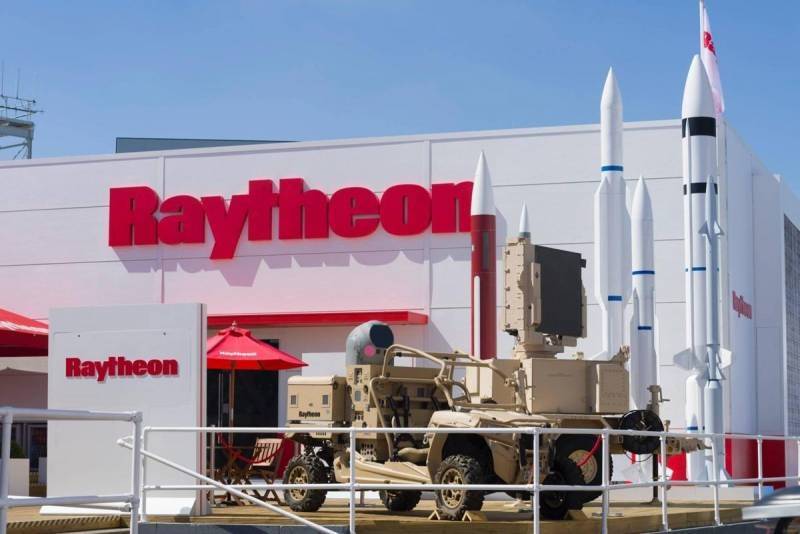 If Trump wanted to withdraw American troops from other countries, he should not deprive the military-industrial complex of the “feeding trough”. And he perfectly understands it. The US military industry will be engaged in almost more expensive projects to confront Russia and China, for which the United States has already broken the Treaty on the Elimination of Intermediate and Shorter-Range Missiles and is discussing the possibility of breaking several more treaties. This means that Washington is ready to invest significant resources in the arms race.

Another step towards the military-industrial elite of the United States is the announcement of a new military doctrine, the so-called. multi-domain strength. This concept also implies the creation of new types of weapons, command and communications for the American armed forces, and the financial costs of its implementation will be enormous.

One can earn almost more on the modernization of the American armed forces than on military operations in Afghanistan and Syria. But at the same time, human losses in the armed forces will be minimized, and American industry, and not only the military, will receive additional incentives for development. For example, now the American leadership is discussing the need to deepen public-private partnerships in the high-tech industry. And these are new jobs, and large orders, and opportunities for developing their own business for American entrepreneurs.