October 17 2019
31
The next clash between the Ukrainian military and the militants from the nationalist battalion took place in the area of ​​the settlement of Zolotoye, where a separation of forces is supposed in accordance with the agreements reached. This was reported by the press service of the NM LPR with reference to intelligence data. 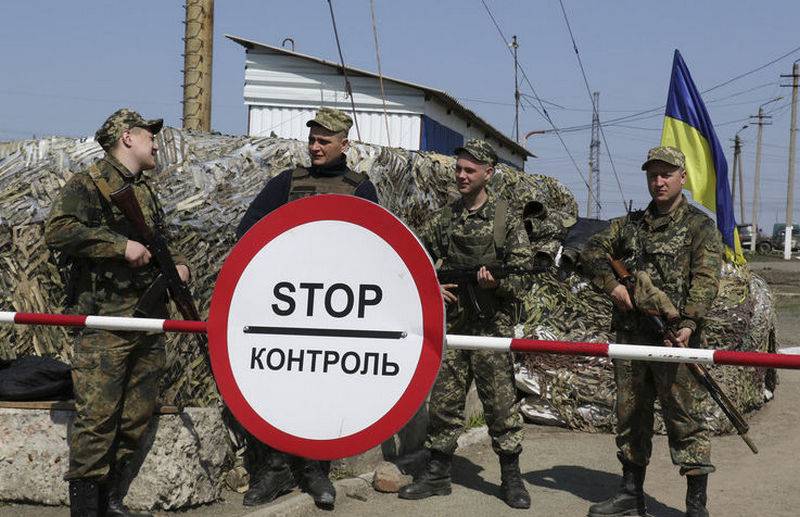 Ivan Filonenko, an officer of the press service of the People’s Militia of the self-proclaimed Lugansk People’s Republic, said at a briefing on October 15 that an armed conflict took place between the Ukrainian Armed Forces and Biletsky’s nationalists from the “National Corps” who arrived at the 72 checkpoint in the Zolotoe-4 area Golden "and not allow" retreat from their positions. "

The servicemen of the 72-th brigade of the Armed Forces who were at the checkpoint refused to allow nationalists to pass through the checkpoint, which led to a conflict with the use of firearms weapons.

On October 15, at one of the checkpoints of the 72 brigade of the armed forces of Ukraine, in the area of ​​the settlement of Zolotoe-4, a conflict occurred between the Ukrainian army and the neo-Nazis Biletsky. The fighters of the Armed Forces of Ukraine refused to let nationalists through the checkpoint, which caused a violent reaction on their part and led to an outbreak of conflict
- said Filiponenko.

As a result, the nationalists surrounded the checkpoint, after which they disarmed the military, seizing from them, in addition to small arms, an infantry fighting vehicle. During the clash, two fighters of the Armed Forces of Ukraine, who in serious condition were taken to the hospital, were injured. Nationalist losses are not reported. Also, nothing is known about the reaction to this incident of the command of the Operation of the Joint Forces (OOS) of Ukraine.
Military Reviewin Yandex News
Military Reviewin Yandex Zen
31 comment
Ad