October 17 2019
99
The contract for the development of a new light multi-purpose aircraft for the replacement of An-2 has finally been signed, the work will be done by the winner of the open tender - Baikal Engineering LLC. This was reported by the press service of the Ministry of Industry and Trade. 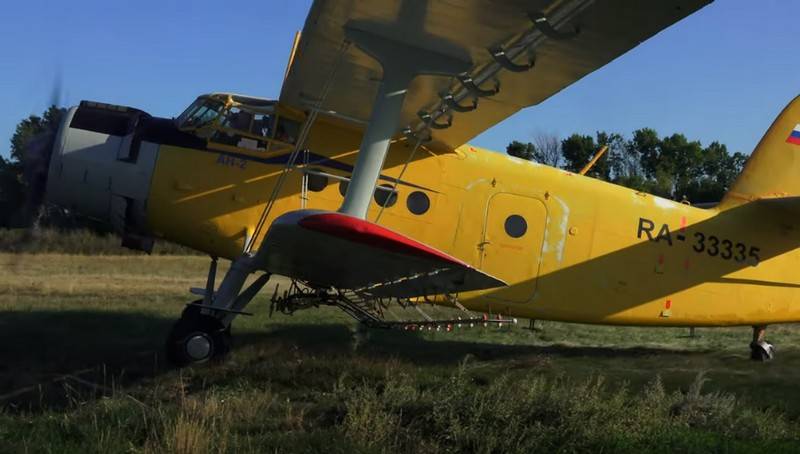 According to a published report, the Ministry of Industry and Trade and Baikal Engineering LLC signed a contract to create a new light multi-purpose aircraft to replace An-2. Serial production of the new LMS is planned to be deployed on the basis of the Ulan-Ude Aviation Plant (part of the Russian Helicopters holding).

As a result of the 10 contest held on October 2019, Baikal Engineering LLC signed a R&D contract for the implementation of research and development as part of the project to create a light multi-purpose aircraft for local airlines. Information about this is available on the website of the Unified Information System in the field of Procurement
- said the press service.

The single-engine TVS-2021DTS Baikal aircraft, previously planned for serial production from 2, developed by the Siberian Research Institute aviation will not be produced on the basis of Kukuruznik, it is a technological demonstrator created as part of the implementation of research projects aimed at conducting comprehensive research in the field of creating promising small aircraft. Developments on it will be used to create a new LMS (light multi-purpose aircraft).

The scientific and technical backlog obtained during the creation of the demonstrator, as well as during other R&D, is planned to be used in the development of a serial aircraft as part of the project to create a light multi-purpose aircraft for local airlines
- stated in the Ministry of Industry and Trade.

The decision to replace the An-2 with a new aircraft was announced in August this year. It was reported that a light multi-purpose aircraft with a capacity of 9-14 passengers will be developed, capable of providing passenger and cargo transportation at the regional level. Work on the new aircraft should begin this year, the first prototype of the aircraft for static testing should be ready until December next year.