October 16 2019
88
Israel took advantage of the Turkish offensive against the Kurdish armed forces and the chaos in the north of the SAR in order to launch air strikes in another part of Syria. This was reported by journalist Babak Taghvaee, who posted information on his Twitter account. 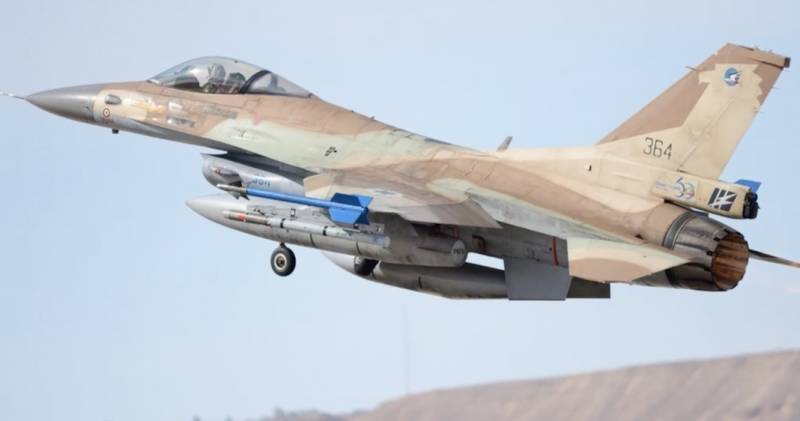 The journalist claims the blow, which, according to his information, was inflicted by Israel at bases in eastern Syria - in the region of the city of Abu Kemal. Israeli aviation and previously attacked the surroundings of this city, against which the Israeli media stated that the targets were Iranian and pro-Iranian forces.

Israel repeatedly struck at Syrian territory, claiming that the chosen targets are related to the activities of the Iranian IRGC (Islamic Revolutionary Guard Corps). The Israeli authorities, meanwhile, said they would not tolerate an increase in Iran’s presence on Syrian territory, and also warned that they would continue to bomb Iranian targets.

# BREAKING: The Chaos in NE # Syria provides best opportunity for # Israel Air Force to secretly carry-out airstrikes against #IRGC related targets in # Syria. Last night # Israel Air Force bombed a camp in use by #IRGC-QF proxies in Abu Kamal near the border with #Iraq. pic.twitter.com/ESXv4tIMuU

At the moment, there is an agreement between Russia and Israel, under which Israel warns the Russian contingent in the country about the actions of its air forces in the sky of Syria. One of the Israeli air strikes became an indirect cause of the death of Russian troops on board the Il-20.