The head of Roscosmos: Russia will build its orbital station after the ISS 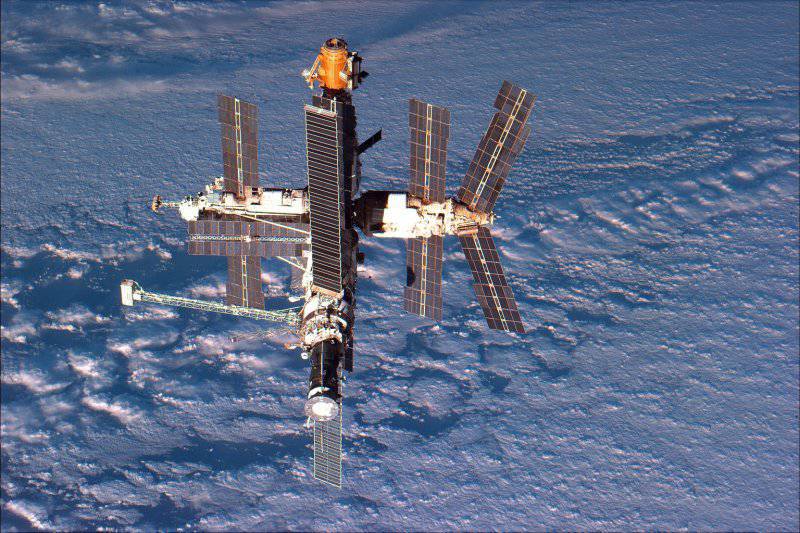 Russia will build its own orbital station in the event that it is not possible to agree on the creation of a new International Space Station (ISS), head of Roscosmos, Vladimir Popovkin, said at the Farnborough 2012 international air show.

“We are developing several new modules for the ISS, and they are being designed so that they can be used as basic units for the future generation of manned stations. If we do not find further lines of international cooperation, these modules can be used autonomously, like a Russian station, ”Popovkin told Interfax.

According to him, in cooperation with the countries operating the ISS, on the recommendation of the Russian side, a working group has been set up, which is designed to decide the future fate of the station and determine the timing of its decommissioning.

“Discussions are ongoing and are invariant in nature. We consider the idea of ​​creating small stations for specific tasks in near-Earth orbit, international stations at the equilibrium points between the Moon and the Earth, or on the far side of the Moon, ”said the head of Roscosmos.

According to the newspaper VIEW, the partner countries of the ISS program expect to extend the life of the station for the period up to 2020 year. After that, the station can be derailed and flooded.

The creation of the International Space Station directly in near-earth orbit began on November 20, 1998, with the launch of its first module, the Zarya Functional Cargo Block (FGB). In December of the same year, the Endeavor ship STS-88 put the Unity connection module (Unity) into orbit and docked it with the FGB of Zarya. In July, the 2000 of the year, the composition of the ISS was added to the third module. They became the service module (SM) "Star". According to its purpose, SM "Star" is the basis of the Russian segment of the ISS.

It provides crew activities and station management with a regularly changing configuration. At the stage of deployment of the ISS, the SM Zvezda served as the base unit of the entire station, the main place for the life and work of the crew. 2 November 2000 of the year on the Soyuz TM-31 spacecraft arrived at the station by the crew of the first main expedition (ISS-1) - William Shepherd (commander), Yuri Gidzenko (pilot) and Sergey Krikalev (flight engineer). Since that day, the ISS has become a permanently habitable station.

On board, replacing each other, the crews of the main expeditions began to work for several months.

In 2001, the American laboratory module Destiny (Destiny - Fate) and airlock Quest (Quest - Search) and the Russian docking compartment Pierce, which also acts as a lock chamber at the exits, were introduced into the ISS. open space.

In subsequent years, the energy node of the high-power solar cells was deployed. A mobile transport system with a Canadian remote manipulator Canadarm-2 has been installed to support work in open space.

The ISS was supplied with the help of Russian manned spacecraft of the Soyuz type and automatic cargo spacecraft of the Progress type, as well as of the American space shuttle system ships. In connection with the 1 incident of February 2003, the crash of the American ship Columbia, in which all seven crew members were killed, flights of other shuttles were also suspended.

In reality, it was possible to maintain the operation of the ISS until the resumption of flights of American ships was possible only with the help of Russian means. The first test flight of the shuttle after the Columbia crash took place in July 2005.

The construction of the ISS continued. New sections of solar batteries were delivered to the station, which significantly increased its power supply. At the end of 2007, the ISS was supplemented with two more sealed modules. In October, the Node-2 interconnect module (Node-1 called “Unity”, which has been operating as part of the station since December 1998) was delivered to orbit made in Italy by order of the United States. In November, the Node-2, now it is called “Harmony” (Harmony - “Harmony”), with the help of the station's manipulator was put in its regular place - on the axial port of the Destiny module.

In 2008-2009, the Japanese module "Kibo" entered the ISS. To do this, it took three launches of American shuttles to deliver to the station the cargo hold of this module, its main section and external platform.

In November 2009, the construction of the Russian segment of the ISS continued - a small research module MIM-2 “Search” docked to the Zvezda SM. In February 2010 of the year for the American segment of the ISS, the Endeavor STS-130 shuttle was delivered to the Tranquility residential module (Tranquility - Tranquility) and the Domes review module (Kupola - in Italian “Dome”). In May of the same year, the shuttle Atlantis STS-132 brought the Russian small research module MIM-1 Rassvet.

NASA plans to retrofit its segment with another hermetic module and to complete its construction. Construction of the Russian segment will continue due to the addition of new scientific modules to it.