October 13 2019
153
The Turkish forces, with the support of the militants of the Syrian Free Army (SSA), were able to occupy another border town of Suluk in the northeast of the Syrian province of Raqqa. This is reported by the state television of the Syrian Arab Republic. 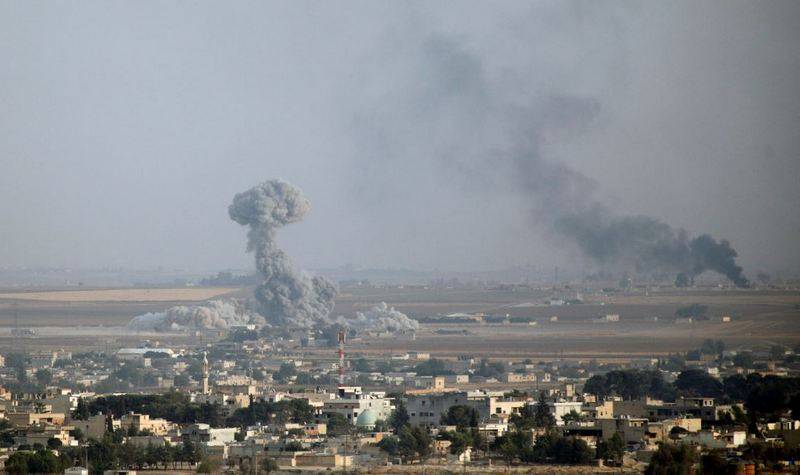 According to Ikhbariya TV channel, Turkish military and opposition forces from the SSA occupied the Suluk settlement. At the moment, the Turks control about 20 settlements in the north of the provinces of Rakka and Hasak, they blocked the highway between the provincial center of Hasak and Kobani in the north-east of Aleppo province. In addition, they took control of a roadblock at the intersection of roads leading to three cities. According to the Turkish military, 480 members of the Kurdistan Workers Party - Syrian Kurds Self-Defense Forces (PKK-YPG) have already been destroyed.

The total number of terrorists who were neutralized during the successfully ongoing Operation Source of Peace east of the Euphrates is 480
- said in a statement.

The previously announced seizure of the city of Ras Al Ain has not been conclusively confirmed. Despite the statement of the Turkish Ministry of Defense that the SSA forces entered the city, more than half of the city is under the control of Kurdish units from the SDS. Turkish strikes in the city aviationartillery works.

According to Firat, Kurdish self-defense units, after a tactical retreat, regained control of most of the city of Ras Al Ain. The SDS (Syrian Democratic Forces) command is deploying additional reinforcements from other areas of Hasaka province to the city area. There are currently fierce battles in the area of ​​the industrial zone and the suburbs of Tell-Beidar, from the Turks and the SSA, aviation is intensively working. According to information from Kurdish sources, the Turks and the SSA troops suffered heavy losses.

Kurdish fighters managed to knock out seven tanks and destroy 75 Turkish soldiers and mercenaries from the armed opposition, another 19 were injured
- the command says SDS.