October 12 2019
70
The US Navy received a patent for a compact fusion reactor. According to an investigation by The War Zone, this document is just one of many fleet to the base of strange inventions of dubious scientific value. 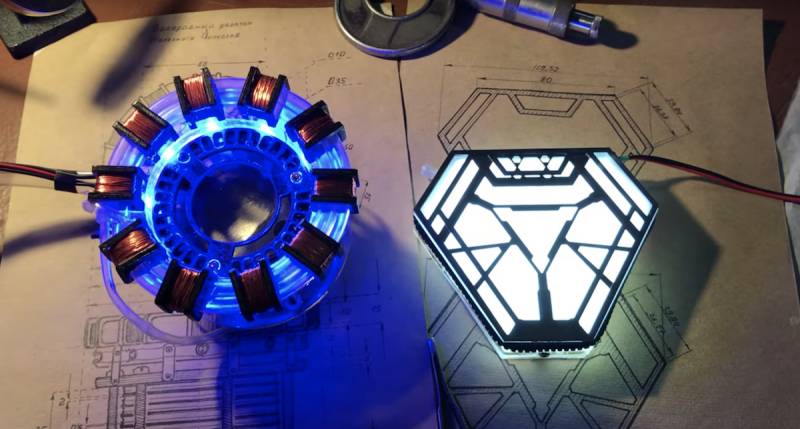 The development of a compact source of nuclear fusion energy (the same reaction that feeds the Sun) is a long-held dream of scientists. The thermonuclear reactor is the dream of many. As it turns out, the US Navy filed documents for a patent for a similar device on 22 on March 2019, and at the end of last month received it.

To create thermonuclear energy on Earth, scientists and engineers must create devices that can trap gases whose temperature reaches hundreds of millions of degrees. Light atoms will collide, turning into heavier ones. In this case, a tremendous amount of energy will be released.

This is not an easy task, and there are several technical problems associated with the creation of a thermonuclear reactor. For example, plasma cannot touch the walls of the chamber in which it is created, so scientists must use powerful magnetic fields to isolate the substance. In addition, there is a problem of the actual energy storage that is created during the nuclear fusion process.

If scientists could use the energy of fusion, it would completely change the course stories of humanity. According to the Museum of Science in London, one kilogram of thermonuclear fuel produces as much energy as 10 million kilograms of fossil fuel. It is an ideal source of energy; it does not emit greenhouse gases and leaves no harmful by-products, such as nuclear waste, in contrast to nuclear fission. In fact, its only by-product is helium: an inert and useful gas.

Work is underway on a fusion reactor

Existing nuclear reactors are extremely cumbersome. A relatively small fusion reactor that could potentially fit in a boat or plane would change the "rules of the game." Therefore, now several serious teams are working on the study of such technologies.

The prototype is being built by Skunk Works in Lockheed Martin labs. Several private firms have been developing their own compact fusion reactors in recent years, and the State Academy of Sciences of China has stated that it has made significant progress in refining this system.

Currently, there are several thermonuclear devices in a small compact package (diameters from 0,3 to 2 meters). Typically, they use different versions of the magnetic trap to hold the plasma. All of them are capable of supporting the process from a few seconds to several minutes. A recent U.S. Navy patent indicates that Navy researchers seem to be able to solve the problem.

Perhaps a solution has been found?

As a solution, what is called dynamic fuser is proposed. According to the patent, a plasma chamber contains several pairs of dynamic “ingots” that quickly rotate and vibrate inside the chamber to create a “concentrated stream of magnetic energy” that can compress the gases together. Cone-shaped capacitors inject gases into the chamber, such as deuterium or deuterium-xenon, which are then subjected to intense heating and pressure to create a fusion reaction.

It is assumed that the device described in the patent can generate more terawatts of energy, while consuming power in the range from kilowatts to megawatts. At present, mankind does not have a source of energy that could produce it more than is necessary for creation.

For comparison: America’s largest nuclear power plant in Palo Verde in Arizona generates about 4000 megawatts (4 gigawatts) of electricity, and A1B nuclear reactors designed for Gerald R. Ford aircraft carriers produce about 700 megawatts. The patent also claims that the device "can lead to self-sustaining plasma combustion without the need for an external power source." 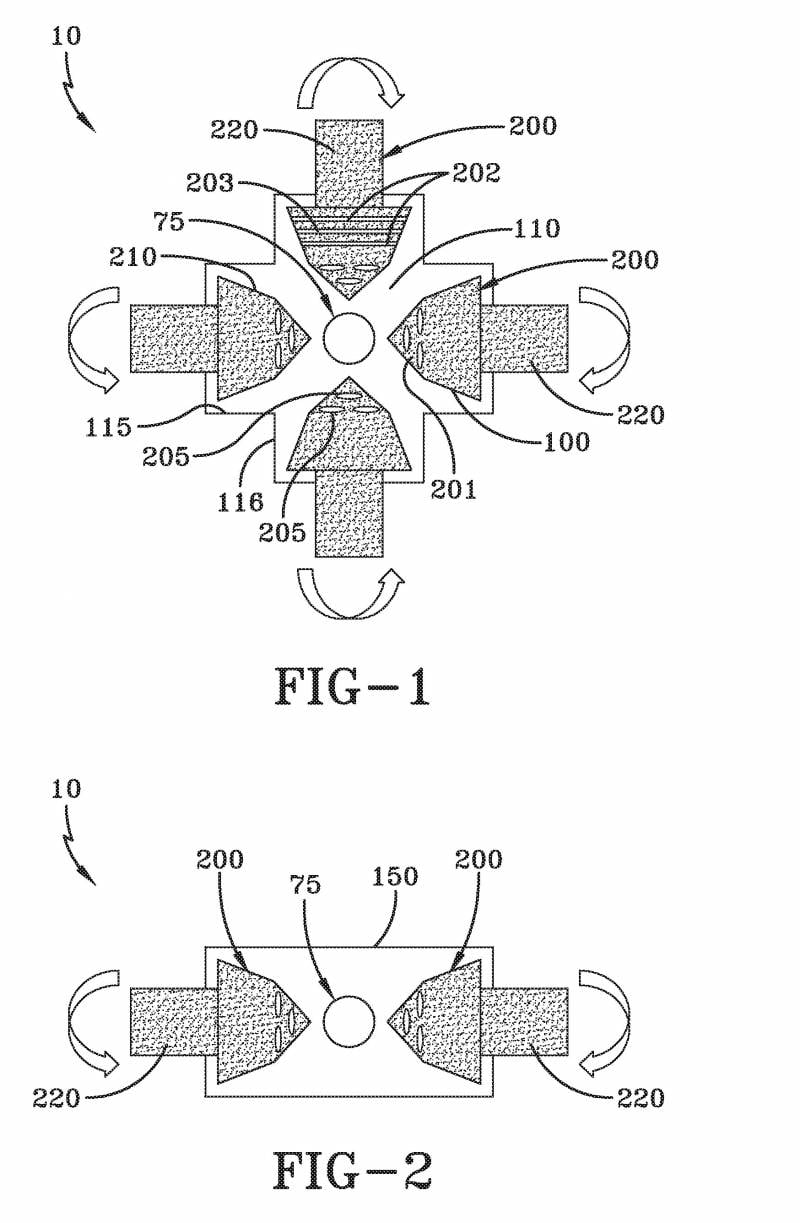 All weird US Navy patents are the work of one person

The problem is that this project (as well as a number of other devices for which patents have recently been granted) are the brainchild of Salvatore Caesar Paice, an active and highly dubious figure. Most technologies in patents are closely intertwined, confirming the existence of one through the other, but not through third-party ones.

To date, the US Navy has not answered where the patents came from and whether they are based on real technology. There are no comments from Paice either.

At the same time, almost every physicist with whom we spoke believes that all these solutions go beyond the framework of well-known physics and are almost ridiculous in terms of vitality,
- notes The War Zone.