Why Hunter May Be a Bad Idea

Instead of "Predator" and "Reaper"

Even ten years ago it seemed to the whole world that manned combat aircraft were going “no”, and unmanned aerial vehicles would take their place very soon. Which will perform not only reconnaissance and strike missions, but also be used as fighters, strategic bombers and attack aircraft. “The F-35 could be the last manned fighter,” broadcast the British Discovery. 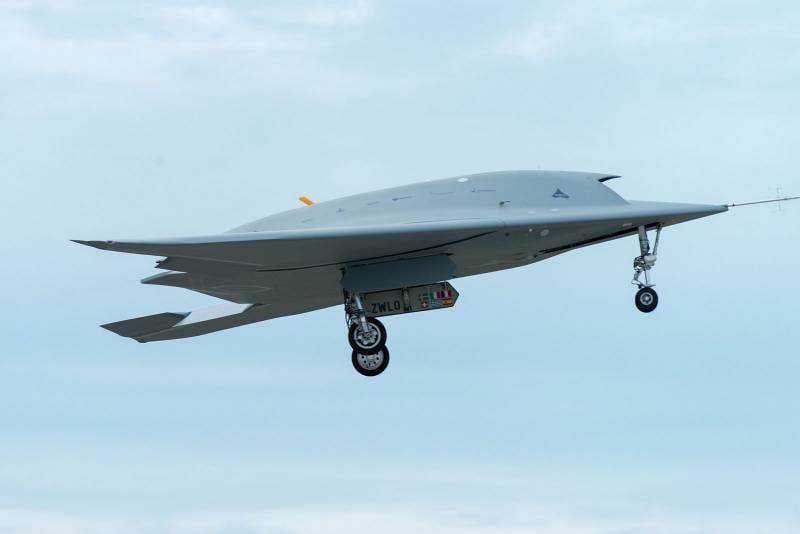 Such forecasts have a solid foundation. Back in the distant 2014 year, the US military exploited more than a thousand medium and heavy UAVs, which in many respects were not inferior to manned aircraft. It seemed a little more and the final change of epochs would come.

In 2013, the heavy American multipurpose X-47B took off for the first time from the deck of the George Bush aircraft carrier, and also successfully landed on it. In addition, the UAV showed the world the possibility of refueling in the air. But soon the program was closed, finally demonstrating its experimental nature and building only two samples. At that time, its price exceeded 800 million dollars.

Europeans who abandoned their fifth generation also really wanted to have a heavy, unobtrusive strike UAV. However, the fate of the French Dassault nEUROn differs little from the fate of the X-47B, despite seemingly acceptable characteristics (earlier Dassault engineers even confirmed the stealth of the UAV). In fact, it’s just a flying stand - an experimental machine on which the French work out certain solutions.

But what about the British counterpart in the face of Taranis UAV? In 2016, BAE Systems equipped the promising Taranis drone with improved software, allowing it not only to take off and land, but also to perform an autonomous flight en route. Since then, almost nothing has been heard about this device.

It is worth recalling, however, that in accordance with the terms of the Anglo-French contract announced in 2014, the experience gained in the design of Taranis will be combined with the achievements of Dassault nEUROn as part of the program for creating the future European heavy multi-purpose UAV.

But these are only plans. Recall, last year, Great Britain around the world announced the beginning of the development of a sixth-generation manned fighter Tempest. Even assuming very optimistic forecasts, Misty Albion will not have enough resources for two mega-projects. As, however, the French from Dassault, now engaged in the development of the sixth generation fighter New Generation Fighter. The chances of creating a future strike UAV are not added by the planned exit of the UK from the EU, although this is a separate topic for discussion. 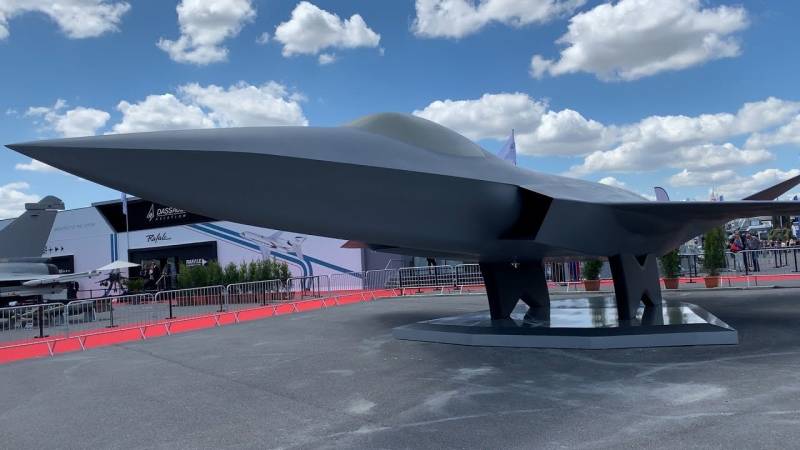 Russia is far behind the West in terms of creating its own UAVs, especially heavy and multi-functional ones. The "dead" and never born "Skat" and the new "Hunter" only confirm this thesis: if the X-47B made its first flight in 2011, the Russian S-70 - only in 2019. “The main volume of flight tests is planned to be carried out in the period 2023-2024, including in the shock version with various aviation means of destruction, ”TASS said in August 2019 in the office of the deputy chairman of the government, Yuri Borisov. At the same time, serial deliveries to the troops, as stated in the deputy chairman’s apparatus, should begin in 2025.

It is difficult to comment on this kind of statement: most likely, they simply do not correspond to reality. Indeed, now the “Hunter" is also just a demonstrator of technologies, on the basis of which a prototype can be created, and then pre-production and serial devices. 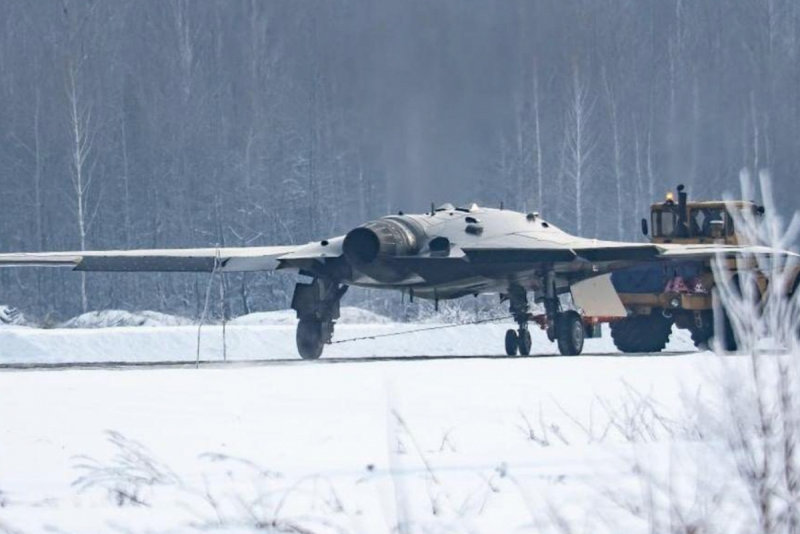 Finally, we come to the most important thing - is it worth Russia to create a large, inconspicuous UAV? The main problem is that he will most likely never replace manned fighter jets.

There are several reasons for this. Firstly, UAV operators are faced with delays in control: even if they are seconds, this can become a critical shortcoming in a real battle. Do not forget about “information hunger” when the visibility spectrum of a UAV operator is limited by the display in front of it and is incomparable with the spectrum of visibility and sensations of the pilot.

It can be argued that the UAV operator does not face overloads and does not risk dying. However, as practice shows, a modern pilot has a relatively low chance of dying or getting injured during a combat mission. And aviation weapons allow you to operate outside the coverage area of ​​enemy air defense, minimizing the role of the human factor.

There is another, more significant problem. Recall that in the 2011 year, Americans lost their newest UAV - Lockheed Martin RQ-170 Sentinel over Iraq, after which the Iranian authorities showed it safe and sound. This gave rise to a whole stream of discussions in the media about the impossibility of effectively protecting UAVs from electronic interception means, even if the enemy is seriously inferior in technical equipment.

If someone takes control of the MQ-9 Reaper, this will not be a big problem for the United States (although there is little good, of course). But if the enemy gets the latest stealth technology, this can turn into big problems. Up to the loss of technological leadership in certain industries. Such a risk is completely unnecessary.

You can try to make the drone as autonomous as possible. However, the use of neural networks for UAV control, which experts have been talking about in recent years, could turn into even greater difficulties. Nobody wants to see the "revolt of the machines." And even think about such a development of the situation. And indeed, is it possible to entrust the killing of people to automation - a complex and controversial issue. 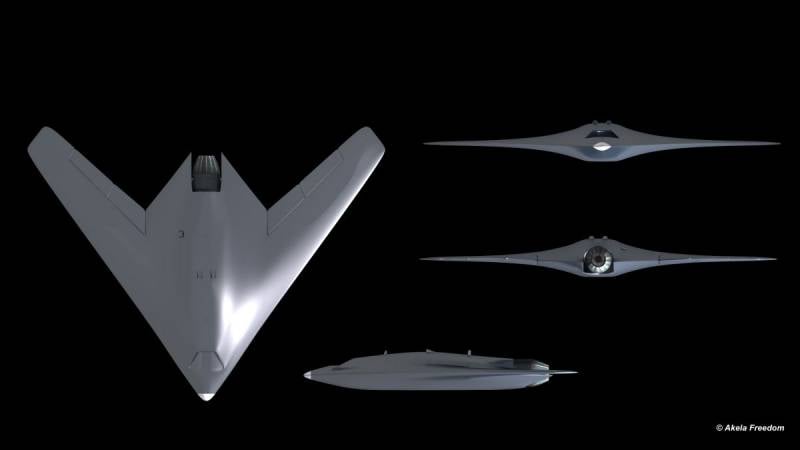 It turns out an interesting situation. Such devices as X-47B, nEUROn, Taranis or "Hunter" have excessive potential for a counter-guerrilla war: the more so because their price can be comparable to the cost of a fighter. If not the fifth, then the fourth generation. In this case, probably, no one dares to use such an apparatus in a conventional big war. Due to the fear of losing control over it, excessive technical complexity or simply not meeting the price / performance criterion.

В stories there are many examples of how areas that were once considered promising ultimately showed their complete failure. It is appropriate to recall the North American XB-70 Valkyrie ultra-high-speed bomber and the Soviet Sotka.

This, of course, does not mean that we need to abandon the creation of drones. It’s just a lot wiser to follow a proven path, in particular, to develop analogues of MQ-1C or MQ-9. Which have long been proven effective. And they will really be in demand for many years, if not decades.