October 10 2019
16
The Estonian Ministry of Defense has decided to purchase an additional batch of K9 "Thunder" South Korean self-propelled howitzers with funds saved through US military assistance in the purchase of ammunition. 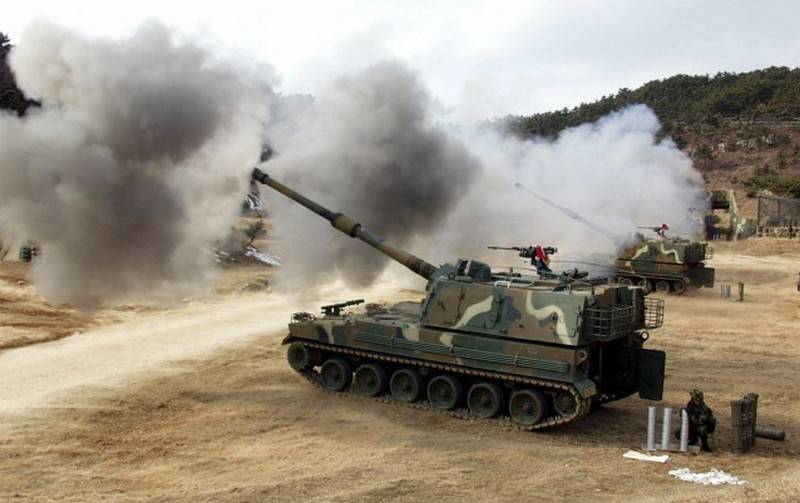 The Estonian Defense Ministry decided to channel the saved 20 million Euros on the purchase of 6 additional 155-mm self-propelled howitzers K9 "Thunder" in addition to the 12 self-propelled guns previously ordered in South Korea. It is still unknown when the agreement will be signed on additional machines and the timing of their delivery to Estonia.

Estonia and South Korea signed an agreement to buy a batch of 12 units of 155-mm self-propelled howitzers K-9 "Thunder" in the 2018 year. The agreement, worth 46 million euros, also included training for personnel, maintenance of howitzers and spare parts. The purchased K9 howitzers will be delivered to Estonia in two batches at the end of the 2020 of the year and during the 2021. They are supposed to equip the artillery division of the 1 infantry brigade of the Estonian army, which is currently armed with the German 155-mm / 39 towed howitzers FН-70 and Soviet towed 122-mm howitzers D-30.