In Ukraine, presented a model of an aircraft hypersonic missile

October 9 2019
103
In the near future, the Ukrainian armed forces may receive hypersonic weapons aviation guided missile. Appropriate development at the exhibition "Weapon and security-2019 "was presented by Yuzhnoye Design Bureau. This was reported by Ukrainian military blogger diana_mihailova in his material. 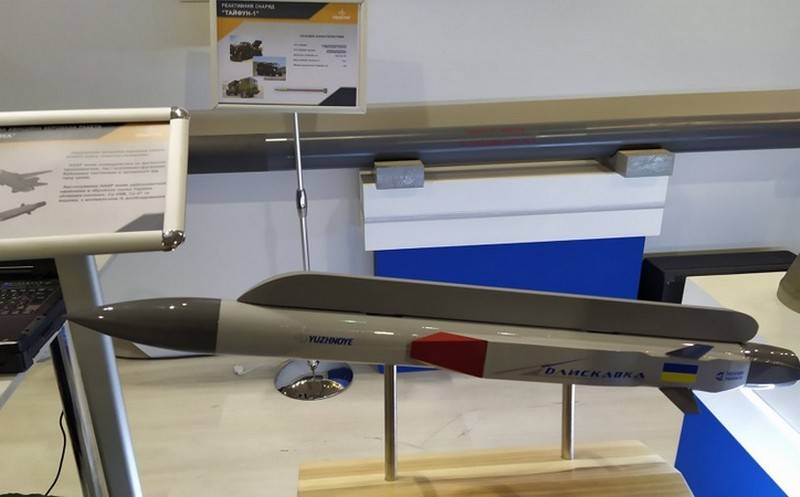 The Yuzhnoye Design Bureau from the Dnieper (Dnepropetrovsk) at the Arms and Security-2019 exhibition these days in Kiev presented several of its developments, including three launch vehicles, an Earth remote sensing spacecraft and hypersonic guided missiles " Bliskavka "(" Lightning "). All developments are presented in the form of models, including the new hypersonic missile.

Unfortunately, the developers did not disclose the tactical and technical characteristics of Lightning, confining themselves to the message that the missile is hypersonic, can be equipped, depending on the tasks, with a military unit for various purposes and that it is an air-to-ground missile system. Su-27 and Su-24М aircraft, which are in service with the Ukrainian Air Force, are declared as carriers. At the same time, it is argued that for the adaptation of aircraft for a new missile, significant re-equipment of aircraft will not be required.

It is also unknown at what stage in the development of hypersonic weapons are Ukrainian designers.

We are in Yandex Zen
The South Korean Defense Ministry presented the K1A2 tank
Another satellite crashed without reaching the specified orbit
103 comments
Information
Dear reader, to leave comments on the publication, you must to register.