Modernization of high power artillery. Coming to an end

October 9 2019
50
Modern Russian artillery of high power is built on several samples of equipment. These are self-propelled guns of the caliber 203 mm 2С7 "Peony" and 2С7М "Malka", as well as 240-mm self-propelled mortars 2С4 "Tulip". Currently, the Malok and Tulip modernization program is being implemented, aimed at improving their fighting qualities and ensuring compliance with modern requirements. According to recent reports, the technology upgrade process is nearing completion. 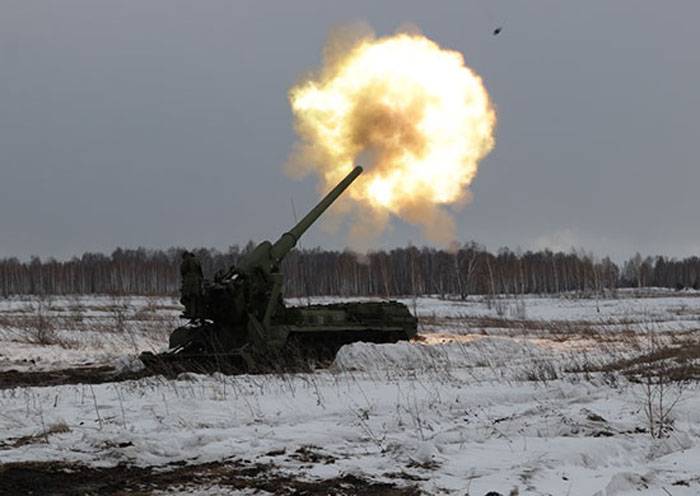 The first reports of plans to upgrade the 2С7М and 2С4 systems appeared in January last year. By the time of their publication, the Ministry of Defense and enterprises from the NPK Uralvagonzavod managed to complete the development of the project and begin work on real equipment. At the same time, some details of the begun modernization were disclosed.

At the end of September 2018, NPK Uralvagonzavod published new technical details of the ongoing modernization. In addition, the deadlines for completing the work were announced. It was planned to complete the modernization of the 2X7M Malka guns in 2019. The work on the 2X4 Tulip mortars will last a little longer and will be completed in 2020.

6 October 2019 RIA News again touched on the topic of modernization of artillery systems. It is alleged that work on Malka and Tulip is coming to an end and will be completed in the very near future. In addition, information was provided on the first use of modernized self-propelled guns using modern reconnaissance and target designation tools.

Thus, in the very near future, the armed forces will receive the latest upgraded 2С7М and 2С4 machines, and with them a number of new opportunities. High-powered artillery will become more mobile, will be able to hit further and more accurately, and will also increase its effectiveness through new controls.

The technical details of the two projects were published last year. Overhaul of equipment is proposed with the aim of restoring its availability. It also provides for the replacement of parts of units and assemblies due to moral and physical obsolescence, as well as due to the need to abandon foreign components. Finally, the equipment must receive new tools that ensure the growth of combat characteristics.

The project for the modernization of 2С7 / 2С7М machines offers quite serious work. In addition to the repair of equipment, the gearbox and other transmission units are replaced with modern products of the domestic industry. Energy supply facilities are being updated in accordance with the new composition of equipment and increased requirements. The atomic defense system is being finalized. It also provides for the replacement of viewing instruments at crew workstations.

The most important and interesting innovations affect the on-board electronics complex. Under the replacement are means of communication, reception and processing of target designation from external sources. With the help of new devices, Malka will be able to fully work within the framework of a single tactical management system. Data will be provided from the higher command, from intelligence, etc. In addition, it becomes possible to introduce intelligence tools fundamentally new to 2С7М.

The self-propelled mortar 2С4 "Tulip" is built on a fairly successful tracked chassis, which so far does not need to be modified. Power plant, chassis, housing, etc. remain unchanged, although they undergo the necessary repairs. The main weapons also remain the same. At the same time, part of the on-board systems are replaced and new devices are installed. 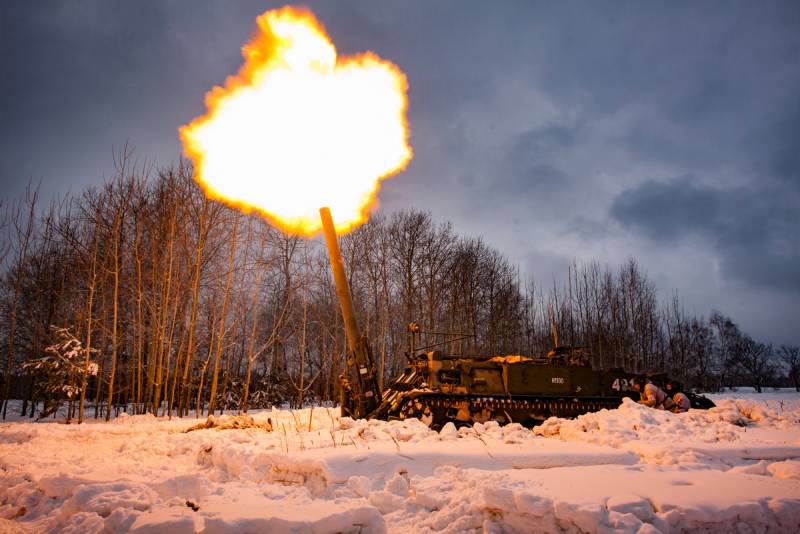 For “Tulips” new viewing devices and an improved system of protection against weapons mass destruction. Alteration of additional weapons was reported. In the basic version, 2С4 carries a turret with a PKT machine gun. After modernization, another weapon is used on another installation.

Repair and modernization of tracked chassis used in the 2С4 and 2С7, allows to keep the mobility of equipment at the required level. Such characteristics of high power systems meet the requirements associated with their tactical tasks. Updating observation instruments and self-defense weapons leads to obvious consequences. The main armament of self-propelled guns remains the same, which allows you to save some of the combat characteristics and build up others.

The most important element of the ongoing modernization is the replacement of communications with the integration of military vehicles in a single command and control system. This greatly simplifies getting information about targets from different sources.

In open sources, it was repeatedly mentioned that now Malka and Tulip can receive target designation from ground reconnaissance units, from satellites and aircraft, as well as from units using unmanned aerial vehicles. Integration into a single circuit simplifies and accelerates the transfer of data from reconnaissance to gunners. Accordingly, the time from the detection of the target to its destruction by gunfire is reduced.

The new principles of target search and target designation for high power artillery have already been tested in practice. 23 September press service of the Ministry of Defense announced the first use of self-propelled guns "Malka" in conjunction with an unmanned reconnaissance.

During the exercises at the training ground of Trekhrechye (Amur Region), the self-propelled subunit 2С7М from the Eastern Military District received the training task of hitting targets of a conditional enemy. The range to the targets was 40 km. To clarify the location of the targets, it was decided to use the Orlan-10 reconnaissance UAV. Its operator in real time received intelligence data and the exact coordinates of the targets. Using them, the gunners on the Malki successfully hit the underground command post and warehouses of the conditional enemy. 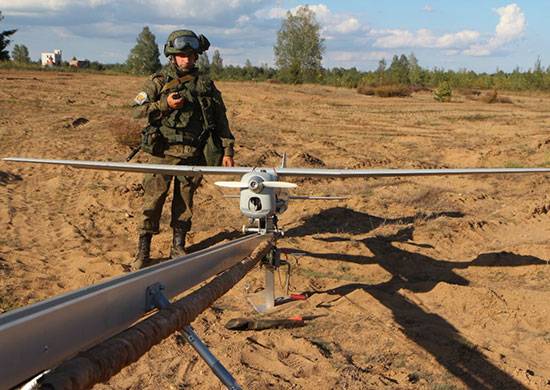 It is to be expected that in the near future the upgraded 2С7М guns from other units will again go to the training grounds for solving combat training tasks, including using new means of reconnaissance, communications and data transmission. Then similar events should take place with the participation of self-propelled mortars 2С4 "Tulip", who returned from modernization. Gunners have to master the improved technique, as well as test their skills in practice.

Despite the emergence of various new weapons systems with high range and accuracy characteristics, artillery retains its potential and remains an essential component of the ground forces. High power systems, such as 2С7М or 2С4, have high characteristics and are an effective means of striking at considerable depths, which contributes to their preservation in the army.

Moreover, a self-propelled gun modernization program is being implemented and is nearing completion, aimed at expanding their capabilities and improving combat qualities. This means that the 203- and 240-mm artillery systems will remain in service and continue to serve as special tools for solving special problems. At the same time, the current update will ensure their compliance with modern requirements and extend the terms of effective operation.

According to the latest data, the modernization of self-propelled guns 2С7М "Malka" and 2С4 "Tulip" is coming to an end. A significant number of such equipment underwent repairs and updates, after which it returned to service - some combat vehicles have already managed to test new opportunities in practice. High-powered artillery continues to serve and tries to keep up to date.

We are in Yandex Zen
SAU 2C7M "Malka". Old novelty for the army
SAU high power 2C7M "Malka"
50 comments
Information
Dear reader, to leave comments on the publication, you must to register.