October 7 2019
290
Project "ZZ". Those days when the image of a Russian in the West was associated with a forty-degree bottle were gone into the past. Now everything is different: Russians drink much less and live longer. This is not interpreted by Russian officials, but by specialists from the World Health Organization. It’s good inside the country, and outside it is even better! The foreign press tells how Putin defended the climate and became the leader of the Middle East. 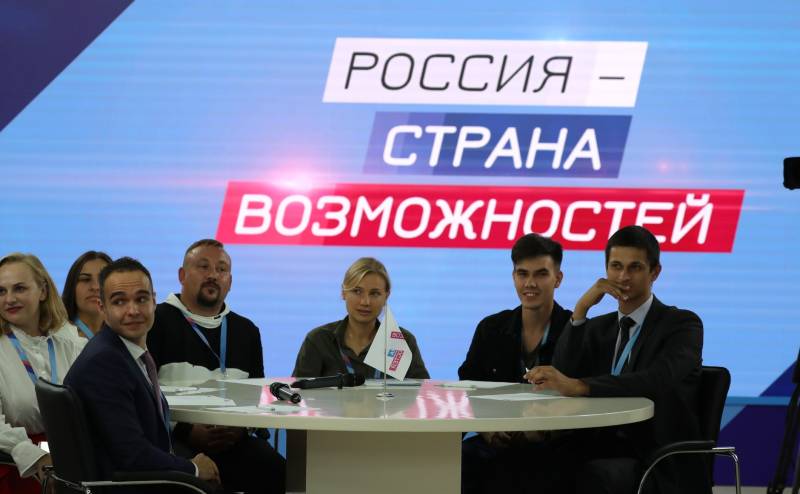 How the “vodka nation” surprised the World Health Organization

Some Western countries should learn Russian sobriety! For example, in Germany they could adopt the experience of Russia and drink less.

Ulf Mauder talks about this in a major German newspaper. «Die Welt». In the section "Health", by the way. And with reference to data from the World Health Organization, by the way.

For decades, Russia remained a country where "the biggest problem of alcoholism and the extremely high death rate from drunkenness" was recorded. However, a new study by the World Health Organization (WHO) confirmed that the "vodka nation" (in the original "Wodka-Nation") has now achieved truly "tremendous success" in the fight against alcoholism.

Pure alcohol? Half a liter of beer contains only about 20 grams of such alcohol. Russians, by the way, traditionally prefer to drink stronger drinks - like vodka.

For many years, the author of the article recalls, Russian politicians have been talking about success in the fight against alcoholism. The fight was on all fronts: a minimum price was set for alcohol, excise taxes were raised, a ban was placed on the sale of alcohol at night, and strict requirements were set for advertising alcohol. In addition, since 2013, beer has also been classified as alcohol.

The WHO study was the first independent confirmation that what other critics of Russia doubted (successes in the fight against alcoholism) became obvious.

Karina Ferreira-Borges, co-author of the study, has collected and compared a huge amount of data - for 28 years. “It all fits together,” she concluded. And Russia can now serve other countries as a role model!

Even Russian experts, who are skeptical of official statistics, sometimes admit that the situation in the “vodka empire” is probably getting a little better.

Not only Russian President Vladimir Putin, but his officials are preaching a healthy lifestyle, the journalist continues. “The athlete Putin, a judoka and a hockey player, in this respect is the exact opposite of his predecessor, Boris Yeltsin, who often stupefied himself with alcohol,” recalls Ulf Mauder.

Putin is worried about the high mortality rates in Russia.

Hundreds of thousands of Russians died due to drunkenness, especially in the chaotic 90 years, marked by hunger and poverty, the author writes further. After the collapse of the Soviet Union, consumption of pure alcohol in men increased to 34 liters per year, which is equivalent to approximately 340 half a liter of vodka (340 Halbliterflaschen Wodka), the author of the article estimates. It's almost a bottle every day!

The obvious demographic problem then provoked the resistance of politicians. Authorities had to overcome the “resistance of a powerful alcoholic lobby,” the journalist points out. However, unlike in the past, the government no longer relied "on brute force methods." We must not forget about the lessons of the anti-alcohol campaign, which was conducted in the USSR under the leadership of Mikhail Gorbachev in the 80's.

Today in Russia there is a "silent campaign", and now it, perhaps, has become the most successful in Russia stories. Today in Russia it is forbidden to drink alcohol in parks and in public places. In Russian supermarkets (“to the delight of WHO”), each bottle is now separately tracked through an electronic system.

The successes achieved in Russia can become an incentive for other countries. Ferreira-Borges explains the Russian achievements with simple words: "The more politicians control alcohol, the more sharply the mortality curve goes down."

WHO experts hope that the authorities in Russia will take further steps. For example, it will raise the age minimum for acquiring alcohol until the 21 year. First of all, this should reduce the mortality rate among young drinkers, scientists say. 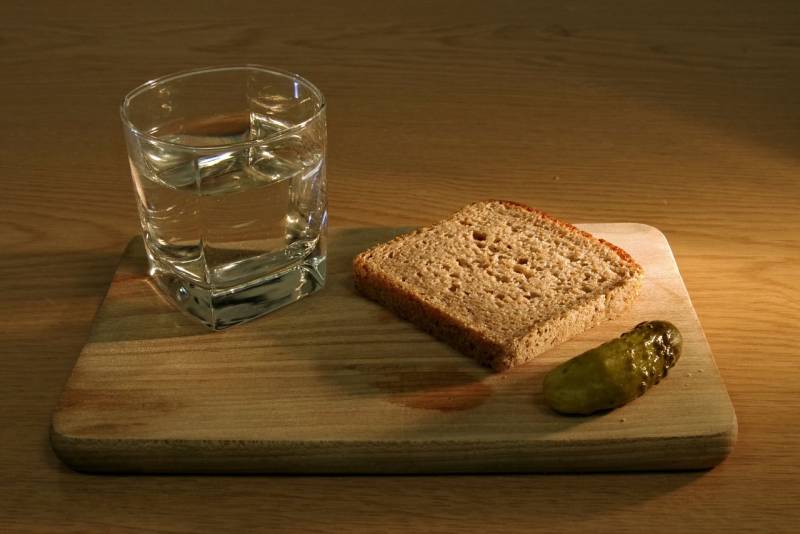 The site Fox News, where material on the same topic was published, data are given for other drinking countries.

It seems that the Russians will have to catch up with America here.

Inside is good, but outside is even better

This writes in the publication Al-Quds Ibrahim Navar

In Vladimir Putin, the Middle East has found the “desired dimension”. In a few years (counting down from the 2015 of the year), Putin has managed to bring together the most important players involved in politics in the Middle East. First, he “managed to remove” the United States from leadership in the region: he persuaded Trump to withdraw troops from Syria, saying that he (Putin) had won the war on terror, so the Americans have no reason to stay in Syria. He convinced Assad that his survival would depend on whether the Russians remained in Syria. Putin found enough reason to create a lasting alliance with Iran, whose influence extends from the Persian Gulf to the Eastern Mediterranean. He found a loophole to Saudi Arabia through the channels weapons and oil. But Putin has close contact with Israel through "two million immigrants of Russian origin." In addition, Putin "tamed Erdogan in Turkey." Now the Russian S-400 air defense systems are installed in Turkey, and Erdogan is seriously discussing with Putin the participation in the Sukhoi advanced Russian production program if the US withdraws Ankara from the F-35 aircraft program.

The analyst concludes: "Now Putin can be proud of what he has achieved in the Middle East." And he achieved this: his Muslim friends - Rouhani, the head of the state, who considers himself the leader of the Shiite wing of the Muslim world, and Erdogan, who holds the banner of the Sunni wing. These are two opposite poles that the United States previously tried to push together, fomenting conflict between them. Now, the “Kremlin office of Putin” is the main contact center in the Middle East, working when you need to intervene in difficult situations.

Putin in the Middle East is unrivaled. 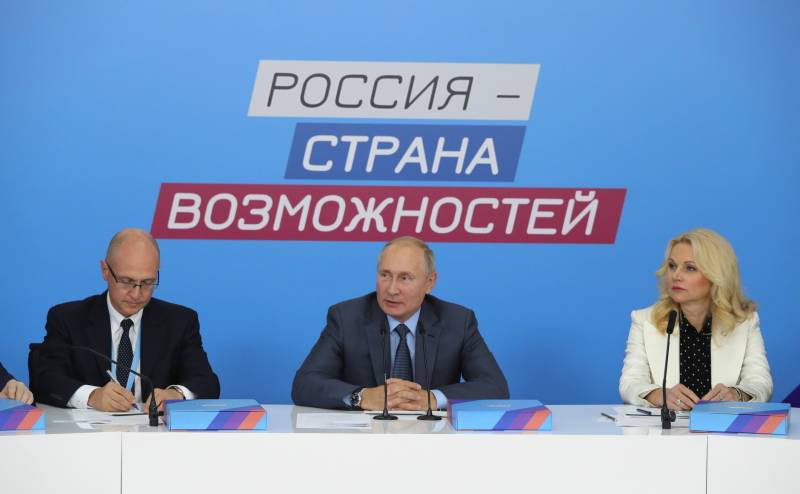 In concern for the planet

The Kremlin does not think of the Middle East alone. Climate conservation is a business for everyone. Moscow has signed the Paris Climate Agreement.

True, Pavel Lokshin in «Die Welt» He believes that the Russian president is hardly changing his political course and is truly concerned about the future of earthworms and birds.

The correspondent quotes Putin speaking at an industrial exhibition in Yekaterinburg:
Will people be comfortable living on a planet lined with a picket fence of windmills and covered with several layers of solar panels? How many birds die due to windmills! They shake so much that the worms crawl out of the ground.

According to Lokshin, in this way Putin sends a signal: if you do not care about worms and birds, then you neglect traditional energy sources. Simply put, gas with oil. Which constitute the "basis of the Russian economy", the author says ironically. Coincidence?..

The ratification by the Kremlin of the Paris Agreement, according to Lokshin, is based on "cold calculation." First, Putin intends to portray climate protection and earn more points from Western partners - the ratification of the agreement was not without reason after rapprochement with France and coincided with the UN climate summit. Secondly, Putin is ready to protect Russian gas and oil, which are the most important export items. After all, the country, as before, depends on energy exports.

Climate change does not really need Putin, for it threatens the most important sectors of Russian industry. Almost 45% of oil and gas capacities in the Arctic and Siberia are located in permafrost. With warming, the infrastructure there will be in danger. 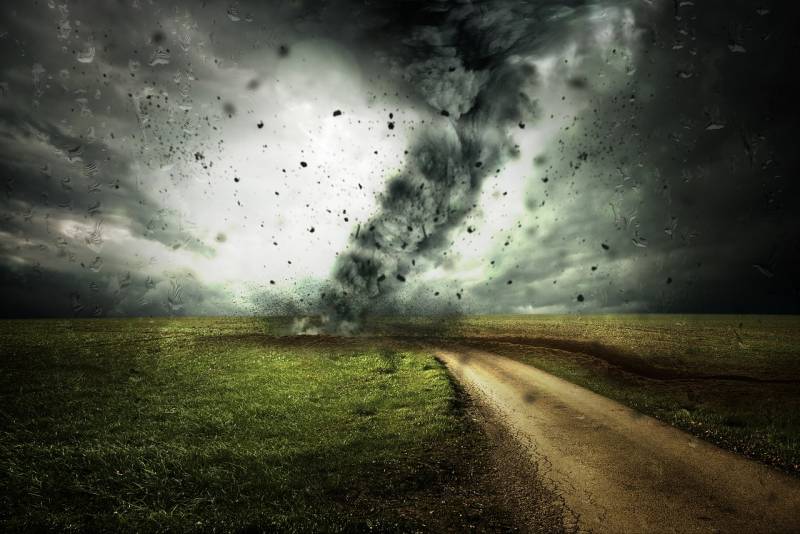 So ladies and gentlemen, times are changing. It’s time for the Germans to learn from Russian sobriety, the French too, but in the Middle East the leader has changed, and he is also Russian. Russians also take care of the climate on the planet, earthworms and birds.

Apparently, this is the secret of the longevity of that nation, which was recently called "vodka".

We are in Yandex Zen
The tragedy of the American army ("The Atlantic", USA)
Results of the week. “Excuse me, aren't you crazy?” - “No. I have a certificate "
290 comments
Information
Dear reader, to leave comments on the publication, you must to register.