In India: you have to buy "tank destroyers" from Israel

October 4 2019
20
New Israeli Spike ATGMs began to enter the Indian Army. The contract, which was repeatedly revised under pressure from local industry, was concluded in the procurement format for urgent operational needs: in the opposite case, Indian aircraft were left without modern weapons tanks. 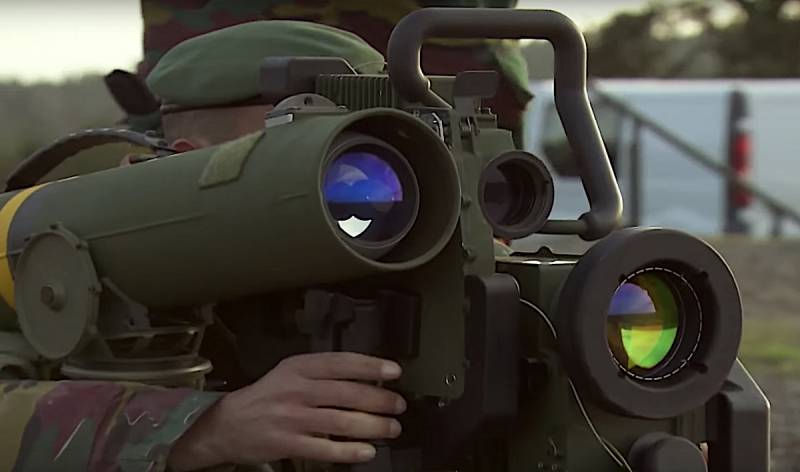 Times of India sources said the first batch of 210 Spike missiles with a dozen launchers arrived in India about 10 days ago. The supply comes amid ongoing tensions with India's closest neighbor, Pakistan.

The purchase was made in April 2019 of the year. It was carried out due to the fact that the R&D of Indian Defense Ministry DRDO (Defense Research and Development Organization), responsible for the 3 generation Indian ATGM project, was not able to provide the army with a mass operational model.

The purchase order will be repeated if the development of the DRDO portable ATGM is not completed next year. We no longer want to slow down in eliminating our critical operational deficiencies due to the inability of local manufacturers and their agencies to complete the task.
- emphasized an army source in a conversation with Times of India.

The DRDO, in turn, are convinced that they will be able to submit the MP-ATG for testing next year. The army urgently needs to equip more than 380 infantry battalions and 44 mechanized infantry units, as the source writes, “tank destroyers” -
ATGMs of the third and fourth generations, since the ATGMs of the second generation at its disposal are not able to conduct accurate fire at night and have long been replaced.

Spike is one of the most common and well-known anti-tank guided systems in the world. Currently it is in service in more than 20 countries of the world, in some of them - for example, in Germany - it is produced under license.

The Spike has an infrared homing head that allows you to implement the principle of "shot-forgot", or "shot, rated and adjusted." The system also allows you to hit most of the existing types of armored vehicles, including in the upper hemisphere.

India is a major client of the Israeli military-industrial complex. The initial contract for the supply of products under the MPATGM (Man-Portable Anti-Tank Guided Missile) for the needs of the Indian ground forces went to Rafael. Its total cost, with subsequent localization under the Make in India program, amounted to 525 million dollars.

According to the requirements of the very first tender published in 2009, the supplier had to provide 321 ATGMs of the 3 generation, 8,356 ATGMs for them, 15 simulators and related services. In addition, as part of the deal, Rafael, which overtook the American manufacturers FGM-148 Javelin Raytheon and Lockheed Martin in the competitive race, pledged to spend% of the deal on reinvestment or purchase of Indian products 30, as well as transferring rocket production technologies to India.

An Israeli company built a plant that was supposed to begin local production in 2018. However, the deal was disrupted in 2017 due to DRDO intervention, which claimed that Indian industry, with experience in creating ATGMs of the 2 generation Nag and Anamika, could create a promising ATGM for 3-4 of the year. The purchase of foreign missiles, according to the Indian department, could harm the development program of its own defense industry.