October 4 2019
41
The People's Liberation Army of China (PLA) introduced a number of new models of promising military equipment during a large-scale parade on Tiananmen Square, dedicated to the 70 anniversary of the founding of the People's Republic of China and the end of the Chinese civil war. Military Watch believes that despite the fact that most military publications have devoted their editorials to the new long-range supersonic intercontinental ballistic missile (ICBM), attention should be paid primarily to the smaller WZ-8 hypersonic unmanned aerial vehicles. 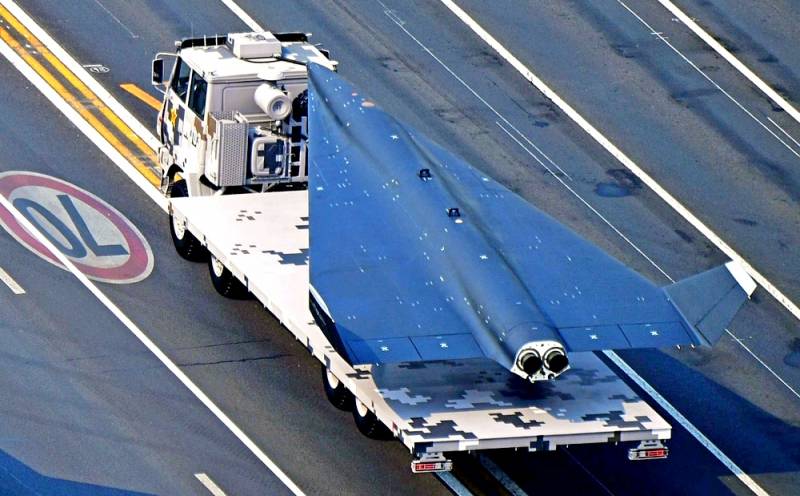 Long-range supersonic ICBMs have been allegedly in service with the PLA since 2017. Although the carrier can deliver nuclear warheads further, faster, in large quantities and with greater reliability than its predecessors, it nonetheless represents the development of a traditional nuclear triad.

In turn, the WZ-8 represents a new step in the development of tactical weapons and, in the long term, can repeatedly strengthen the military power of China. The magazine writes that it is not known whether such a system was ever in service anywhere in the world. It is only known that the United States currently has its own program to develop a similar drone in the framework of the SR-72 project.

Military Watch emphasizes that the WZ-8 is “very similar to the American Lockheed SR-71 Blackbird and Lockheed A-12 (high-altitude reconnaissance aircraft), as well as the Soviet high-altitude interceptor MiG-25”, designed for flights at extreme speeds and altitudes and is capable of completing both reconnaissance and strike missions. He, according to the publication, is “bad news for the United States Navy. "

Reportedly, the WZ-8 PLA, already deployed in the Air Force, combined with China’s significant satellite resources, provides Beijing with a reliable intelligence and guidance system. It is believed that a promising drone can both barrage and move at speeds from 6 to 7 sound, which means that it is almost impossible to shoot down with conventional means - even without factors such as electronic warfare.

WZ-8 gives the PLA the ability to accurately target heavy missiles even if the satellite constellation of China becomes disabled. Which means the opportunity to strike at US carrier groups. Although the WZ-8 is not, by and large, a percussion device, it can greatly contribute to reducing the survivability of the American fleet in the region and greatly complicates operations for the US Navy in East Asia.
Military Reviewin Yandex News
Military Reviewin Yandex Zen
41 comment
Ad