October 3 2019
28
In Russia, modernization work is being completed as part of the 2X7M Malka self-propelled gun upgrade project. This 203-mm self-propelled gun is in service with the Russian Ground Forces. The first modification - 2С7 "Peony" - has been in operation since 1975 of the year. The upgraded version - 2С7М - from 1986 of the year. 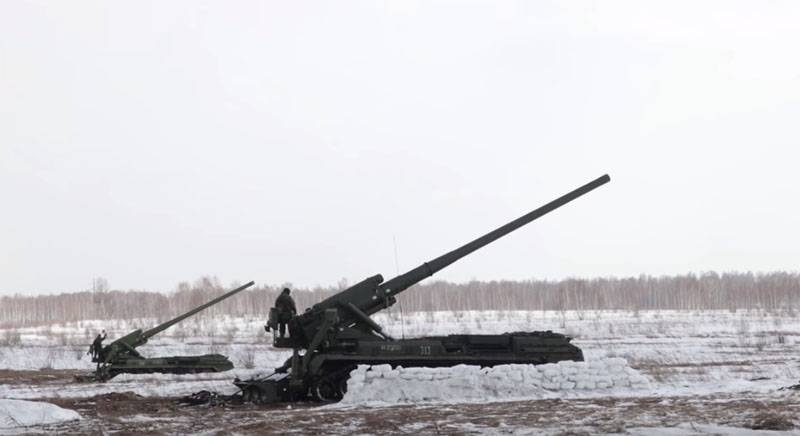 Referring to the press service of UVZ, RIA News reports that the Malka self-propelled gun is changing the transmission, as well as distribution mechanisms and power supply units. As a modernization, communications, instrumentation complex of anti-nuclear protection, information processing equipment are being replaced.

By state order, modernization of the 240-mm self-propelled mortar 2С4 "Tulip" is also provided. The Uraltransmash company, which is part of Rostec’s structure, is at the final stage of this work. Tulip receives the latest surveillance tools, a radio station, and communication systems that allow 2С4 to operate in a single tactical link system.

For reference: the combat mass 2С7М “Malka” in the previous layout was 46,5 tons, the crew was 6 people, the P-173 radio station was used, the transported ammunition was 8 shells, and the self-propelled gun was put into combat position for 7 minutes.

In the new modification, the self-propelled gun is capable of operating on the battlefield with the ability to aim at the target with the Orlan drone.
Ctrl Enter

We are in Yandex Zen
Coastal troops will be armed with modernized self-propelled guns 2С7 "Peony"
In the VO, for the first time, firing from the Malka SAU
28 comments
Information
Dear reader, to leave comments on the publication, you must to register.